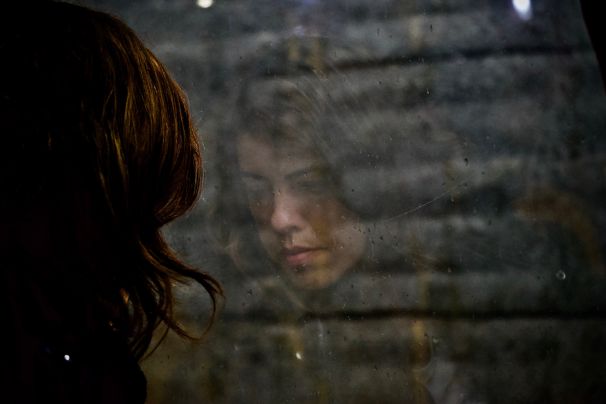 I often use the term ‘Single Mom’ on my social media and a lot of times I get slack for it. The last time it happened was on Twitter when I wrote about my #SingleMom’s business taking a hit because of the lockdown and how I didn’t want her to stress more after all these years - as if raising two daughters single-handedly after she lost a very protective and caring husband at the age of 32 was not enough.

When I wrote the tweet, the part about “Single Mom” was quickly overpowered by men attacking her for not being the only business owner around and how everyone was going through a crisis. Not just her. My mother called me quickly telling me how she felt embarrassed and why I should pull down my tweet because people are right - she’s not the only one. I felt so proud of her at that moment - the fact that she sees herself completely at par with all these people who were talking about her, not knowing her motherhood journey at all, taught me a thing or two about real feminism. She, with her grit, is the reason why my sister and I are the strong independent women we are today. Without my mother’s risk-taking genes, I can’t imagine where I’d be today.

The part, however, that people see today is that she’s a businesswoman and independent. The struggle that went down behind this seemingly normal life is lost somewhere in translation.

The truth is though that my mother made a decision for us, her daughters (of age 8 and 12) who had no sense of their own, who’d have followed her wherever she went in 1999. She, a small-town woman who was a housewife, who didn’t make any big decisions in life for our family without our father’s help, changed our life for good overnight, 21 years ago, by deciding to move to Delhi. And I can’t thank her enough, I just can’t.

Had she wanted, after she lost her husband to war, she could’ve just moved to her safe place, her home in Bihar, to grieve for sometime before our life restarted. She had spent a few years moving around with our man in uniform, Maj. CB Dwivedi, from one peace station to another, none of them being big cities. Our last posting with daddy was Meerut while he was posted in Khrew in Kashmir. Meerut was also mummy’s first posting living apart from daddy - maybe it was a warmup for the times to come. Before Meerut, they had been lucky with their postings, and mummy spent most of the years of her marriage with daddy, living with daddy, since 1985.

I don’t know, I don’t know how she’s been doing this for 20 years and more of being a single mother in this country, a country where it’s a crime for a woman to be single post-30. And if you have more than one marriage, that’s a different story altogether.

Amidst the chaos of what to answer to the media, our relatives, friends, meeting strangers, feeling lost, packing our house in Meerut, hearing different stories of how we lost daddy to a war, my mother made a decision of moving to Delhi - a city she thought was good for her daughters’ futures. She probably told daddy in one of her silent conversations with him, the ones she had at night sitting in the living room looking at his photograph, that she’d take the best care of their daughters. She’d give them everything. Often enough, Neha di (my sister) and I felt like she, for the longest time, bounced off ideas on his picture before she took any big decision for us as a family.

I can only imagine how moving to a big city like Delhi from a small town like Meerut in the most terrible and lonely time of your life could’ve felt.

We can talk about this today in a casual tone but every time I try to step into her shoes, I get jitters. After all this education and the independent life our mother gifted us, I can still not put myself in that situation and think of what I would’ve done.

We lost a father who was the best and the most fun father we’d come across. He was the best example of a feminist - probably where my mother gets it from, because when he married him, she was only 18. She, on the other hand, lost a partner - a partner who could be completely relied upon. If you want to know exactly what I mean here, watch “This Is Us” on Hotstar - it’s a family series I truly relate to.

Losing a partner you truly rely upon suddenly is a feeling nobody can express in words ever. It’s the kind of helplessness I wish on nobody in this world.

And that’s why I use the term “Single mom” more often than not. I use it because that journey is not easy. I connect with this term a lot and I can always justify why it’s okay to give them all the importance in the world. My mother lost a crucial part of her life in 1999 and she decided in her head to be strong for us, for our future, and executed it. And only when you have to be the leader of a family is when you realize how difficult it is to be a woman in this country. People don’t take you seriously and every other man thinks he can rain on your parade without any invitation.

I will never forget the helplessness in my mother’s eyes on days she was having a downer and she’d have to drive us to school or our bus stops and she’d get stopped by traffic police and she has just learned to drive - she sometimes became so nervous that she’d get tears in her eyes. I’m sure in those moments she missed daddy a lot and we couldn’t do anything about it. We couldn’t even offer a conversation because we were too young to understand her loss.

21 years ago, in her weak moment, my mother was allowed to take it easy and take care of herself first. She chose to do the opposite instead, learned things from scratch for us - driving a car, living in a big city, running her own business, filling forms, and sending us to the best schools, figuring scholarships for it. She did it all and more to promise us the life of our dreams because she wanted to make sure we didn’t feel daddy’s absence, his were the biggest shoes to fill, trust me.

We will never forget what you did for us, mummy. Thank you for setting us on a path we’d have been completely lost on had it not been for your presence of mind in the toughest time of your life.

We love you and you’re a true inspiration for every single mom in the world, because if she could do it, you can.