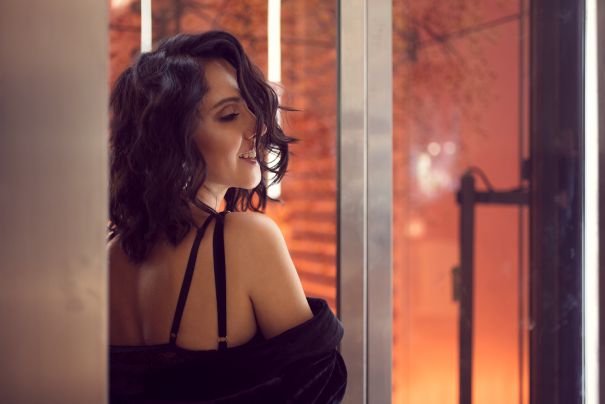 I had a terrible break up when I was 27. I had written my story here earlier too. Well this guy, after dating me online, dumped me unceremoniously. I felt cheated obviously but most importantly, I felt ashamed. I was stricken with guilt over how I could fall victim to a random young guy. Was I so desperate? Yes to some extent despite all this, I would stare at his pics and every night I used to toss and turn on my bed as I missed him so much. I would cry all nights and wake up to swollen eyes.

Worst thing was that I could not muster enough courage to discuss the whole thing with anyone.

After the breakup, I continued to stalk his FB profile. He had not blocked me. He looked like a totally different person. Maybe he knew that I will check his profile so maybe he deliberately put up such statuses which showed that he didn't mean to get in a relationship with me. And now that he was with another girl, he would upload their pics together. This girl was so different from what he told me about his idea of the ideal girl. His description befitted me. I am sure that now he must have told this girl that she is his ideal girl. This girl is totally the opposite of me. Finally, when it became unbearable I confessed everything to my most dear friend. She is a complete badass. The first thing she did was that she got me a pillow and said: “assume that it's him and now hit this pillow as much as you can and vent out all your anger”. I was like, what kind of idiocy is that but somehow the whole idea looked very funny to me and for the first time in months, I had laughed, so I thought of giving it a go.

Both of us together punched and kicked the pillow after pasting his picture on it.

But I remained an emotional fool in the nights. I would hug that pillow and go to sleep. No no, don't think that my friend's effort went in vain. I am recovering but change doesn't happen overnight. Now every evening, I started to share my stories with her and she would nurse my broken heart. She told me to go for a makeover that would make me feel good. I went to a top salon and got a haircut, coloured my hair and changed my wardrobe. Man! It was working. I was gaining back my lost self-esteem. She even clicked amazing pictures of mine and asked me to upload them. I didn't share my pictures much, as I am an introvert. My friend was helping me to come out of that shell. I uploaded those pictures and I got record likes and comments. It feels good, right? Every evening we would play badminton and assume the shuttlecock was him, I would hit it as hard as possible.

Suddenly the whole tragic thing had become a funny incident in our lives.

This went on for months. As friends, we used to have a laugh at his expense and then he was completely out of my mind. I looked smarter and hotter than before. I was getting a lot of male attention. I dated quite a few guys. Nothing serious happened for the next two years. Now I had become smarter in dealing with guys. It's quite funny that many of the guys said exactly the kind of stuff he used to say and my mind would immediately alert me to take up the cues! The flip side was that it became a little difficult for me to trust men again. But God has been kind enough. I finally found the love of my life. We are together and it is forever. He is the best thing that has happened to me. This whole incident changed me completely.

So I will end it like this - once bitten twice smarter.

A bad break up is not end of your life. Don't lose your confidence. Keep taking chances. Don't become too cautious.

The author rightly says that a breakup is not the end of the World. Share this story because you never know, it may be all that someone out there needs to hear.