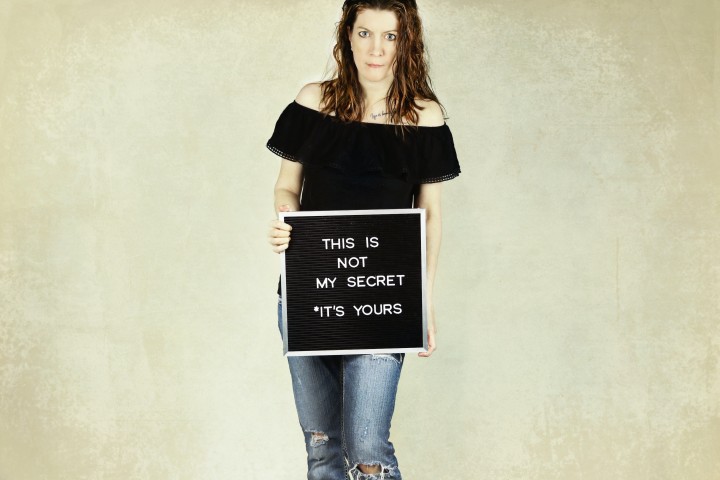 Today, is a ordinary night, with an extra ordinary strength from within.

Suddenly I feel I finally have the courage to pen things that I wanted to scream to the world about but I couldn’t, I can’t , I still can’t. It only returns as nightmare on lonely nights, making me feel the weakest and loneliest.

It all started a year and a half ago, on Durga Puja in 2020. A distant relative, (uncle by relation but only 3 years older) reacted to my story and as simple as it sounds, that’s how it started. We used to talk, then talked more, and soon it became a routine. I thought him to be my new best friend but he surely had other motivations. He used to compliment me often, using words like SEXY and HOT but it never mattered to me as for teenagers, it all equates to something nice and nothing offensive unless specifically meant for.

But soon, thing started getting bad. He started with talking about period, I liked a man of such young age being so open about such taboo topics and would join him in such conversations. Then he started with his past relations and soon he was describing to me his sexual encounters. It made me feel uncomfortable and I stopped talking to him.

After a few days of his continuous apologies I resumed talking to him. He told me that as he was having his drop year so I was his only friend, all emotional blackmails, and n number of meaningless sorries. I got manipulated by it.

We started talking again and it was getting worse. It would start with casual talks about day, then shift to fantasies about me, porn, what I would wear, descriptions of sexual acts and if I tried to shut him off, he would send me videos of him cutting himself with blades as an act of being sorry. By late night, it would be him describing how he would force himself on me, begging for nudes (which I never agreed to), followed by abuses like “A corpse is more appealing than you”, “ You are less of a woman” , “ You deserve to be raped”, “You should be tied to a public washroom and raped day and night”.

I would call him and beg for all of this to stop but he would say,  "this is how you should beg for me to stop in bed”. I was terrified, disgusted, and hated myself for letting all of this happen to me. By morning, he would flood my DMs with apologies and blackmail me with suicide for stopping to talk to him or letting anyone know the slightest tinge of it. Things continued this way for more than a month and I was miserable.

Now came the worst part, he became desperate to meet me, this time he was like “let me just get you once, I’ll screw you so hard that you will be begging for death but I’ll continue screwing you”. He would describe every situation of how we could meet, and easily how he would take me to his bed. Once he told me “bas ekbar mil, ek video banalu aur phir tu meri hai”. He would describe the whole process, starting from him undressing me to where or how he would ejaculate.

I was miserable to such extent where I actually started believing him, blamed myself for everything, grew suicidal and actually took help of self harm. I was numb to an extent that I would drill a compass in my hand and not feel the pain, couldn’t sleep or watch romantic movies because those graphic descriptions would keep playing in my mind.

Every doorbell scared me, as if he would arrive any moment.

By God's grace, after 3 months of abuse, enough to scar me for a chunk of my life, I gathered courage to block him, and tell everything to my mother. Our last conversation was of him repeating his usuals of committing suicide if anyone gets to know anything about it, how it was him confessing his love for me in that manner , how I don’t deserve happiness at any moment, how I was equal to a prostitute and nobody would even pay me, and much more. By then I'd had enough of his nonsense and nothing mattered.

After months of the trauma, I wanted to not keep quiet and punish him in some form, but my family backed off, even told me that they would take his side if I threw any tantrums in their language. They were like “You instigated everything and badnaami toh larkiyon ki hi hoti hai”.

Even today I can’t forgive myself for staying mum, and my mother for making me stay mum. I literally begged her to do something but she denied openly.

Even when I gave her the details, she told me it was all infatuation and nothing else. My father passed away 4 years back, but if he was here he would have fought with me till the end for not sparing him. Just because we lived in different cities, he couldn’t touch me, but that doesn’t make my scars any less deep than other victims.

Even today I am scared of knocks on my bedroom door, physical intimacy in any form for which I drive away from relationships, intimate scenes on movies, and decking up for family gatherings.

Even today I get nightmares of him approaching me and I wake up with cold sweats.

I can’t be more proud of myself today for being able to pen everything, even after so long and my 17 year old self for not giving up under immense pressures and standing up to my boundaries.

I can’t forgive my mother for choosing to not stand by me and feel sorrier for myself, for not standing up for myself and other girls who may face the same from the same person and letting that person think that what he did was all normal and not punishable.

Here’s my story, suppressed since years, finally penned down.

People Who Formerly Derided Us For Being "4 Betiyaan" Now Hail Us.

He Was Clinically Dead For 22 Minutes