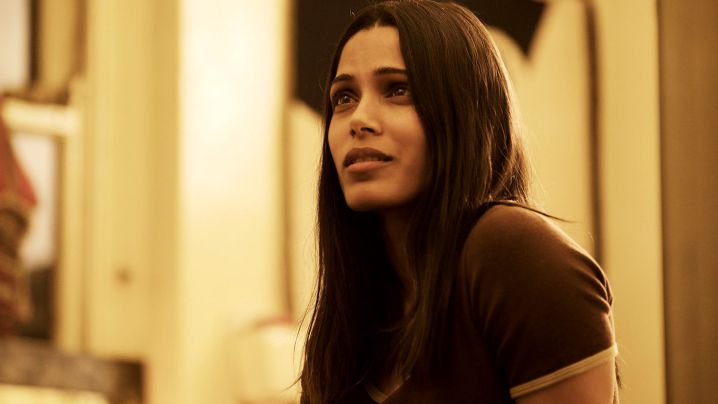 I’ve written about this before, but after reading a plethora of articles about it, the riot in my head forced me to open my laptop again and start typing.

Article 2: Sona Mohapatra recounting an incident of molestation. A reader commented, “Your face looks like a male, hence to check your gender, he might have put his hand inside your shorts.”

Article 3: One Nirbhaya incident leading to at least half a dozen more, where the victim was assaulted with an iron rod after being mercilessly raped.

Article Nth: A 5-hour old infant, raped in a hospital. (My mind still can’t process how or why this happened)

These horrific incidents are what I’m sure you all have either read as bold headlines, or watched panels on news channels have loud screaming matches over.

Here are some incidents that you’ve not heard of. However, I should add here, that you may not have heard of these, but sadly, you may have witnessed or worse, experienced them yourselves:

Incident 1: A girl, in the 4th standard, is walking on the road with her sister. She’s crying about some silly incident that happened in school. Her sister is walking a few steps ahead when suddenly, a man coming from the opposite side of the road with his bicycle, comes closer and grabs her breast with force and disappears. Her tears stop flowing and she doesn’t say a word about it ever.

Incident 2: A girl, in the 6th standard, is on a train with her family. It’s an overnight journey. In the middle of the night, she wakes up with a start, a stranger has climbed on top of her. She wants to scream, but his sheer force has silenced her. She finally manages to push him off and sits up. He puts his reading light on and stares at her, daring her to make a sound. She closes her eyes and doesn’t open them till the sun comes out.

Incident 3: A girl is on her way to school, it’s a 45-minute bus journey that she was taken several times. A man standing behind her chooses to familiarize himself with her backside, rubbing it with his ‘glorious’ male organ. This happened a number of times before she finally gathered the courage to turn around and slap him. When she did, the entire bus stared at her as if she was the molester.

Incident 4: It’s 2017, a girl visits a famous temple with her family. Naturally, the entrances were crowded with humans and Holy Cows. As she tries to push her way through the entrance, an old Pundit showers her with blessings, while pushing his elbow into her breast, all the while, not breaking eye contact. Again, as if daring her to say something.

And let me tell you, each and every incident mentioned above, are my own.

I can share a dozen such episodes that have left scars on my soul, but to save you from the horrors of hearing them, I won’t. Besides, these should be enough for you to understand what I’m trying to get at.

Age, gender, caste…. There are no bars when it comes to assault and molestation.

#MeToo took the internet by a storm. Men and women shared countless stories about incidents that took place, or worse, are still taking place… but these are just a fraction of the stories out there. There are so many stories that never find a voice. So many molesters that never get slapped, so many men who are forced to “be a man” and keep their emotions within them.

The reason I shared my stories, adding to the numerous that are out there, is because I want each and every soul to be empathetic to the other.

If you see someone being nasty or forcing themselves upon a girl or a boy, my sincere request to you, go and slap them. And after you do this, please take the time to explain why you did this, loudly. Record and share this too! Let it be a lesson to those who still live in fear of their molester and to those who believe, just as Akshay Kumar did, “It’s just a joke yaar!”.

Today, I am immortalizing this pain that I have suffered silently only because I wish to push all those out there to speak up.

Don’t you think it’s time we make this world a better place to live in?

For the sake of our future and those generations yet to come.

You know why you have to share this story. #MeToo

Also Found in molestation , women safety , me too , Indian Society .