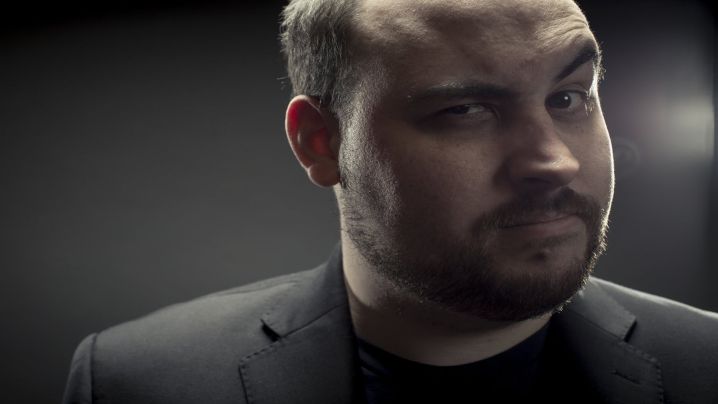 I can sense their innate hatred towards all men oozing out through their verbal wrath. They truly feel that every man houses a monster within him and is out to rape every woman that he casts his eyes on.

Then these fake feminists will show their compassion by ending their speech with “Not all men.”

‘A body when in a state of motion, will lose its balance when brought to a sudden stop.' That's a simple law of Physics. But I defy the laws of Physics every day when I stand in a crowded bus behind a lady because I am not supposed to even accidentally and genuinely slip or bump into her.

I am tired of living with the constant fear of being labelled a molester.

The word ‘mother’ has a feeling of warmth in it. The memories bring the warmth of our childhood days. And if you happen to live in a hostel, you will know what it means to have ‘maa ka haath ka khaana.’

No, I don’t believe that only a woman should have the privilege of cooking. I myself love to cook and I am really good at it. But girls who are too lazy to cook will blame the society that they live in and the outlook of people to hide their lack of skills.

It is as if you are not cooking just to protest against societal prejudice.

I am tired of being a man who lives amongst women who use gender inequality to mask their own inadequacies and to justify their own pseudo-feminist fallacies.

Oh and then there are those proactive men who will go all out on social media to support the cause of ‘justice for women’ and ‘women’s rights’.  They empathize so passionately with the plight of women that it looks like they are ashamed to be trapped in a man’s body.

One of my female friends rightly asked, “If so many of these online men are so good, then where do all the actual culprits live?”

My neighbour tells her young daughter to keep away from men who have long hair and tattoos. She has also asked her to be wary of men who smoke, drink, have a coarse voice or drive jeeps with tinted glasses. Probably these are the traits of a kidnapper/molester.

The kid no longer speaks to me because I have a tattoo on my arm which reads ‘Om’.

I’m scared that she might even stop talking to her own dad when she reads the works of Marilyn Frye! Oh – I'm sure all those genuine supporters of pseudo-feminism who believe in feminism at their convenience haven't even heard that name.

One of the greatest threats to a man is driving a car behind a car driven by a woman. Because no matter who does what, the guy is always responsible for the accident in case there is one. The over concerned onlookers are ever ready to bash up the guy even if the lady has not complained.

And don’t you dare give me that ‘not all women are bad drivers’ thingy because not all men are molesters either!

And then if you are a woman and you are fat, then you can conveniently blame society for judging you – right? But you also claim to be immune to societal judgements. Then why do you even care about their views?

Why do you blame societal prejudice for your laziness to get up and go to the gym? The gym will not molest you-you know? It will only make you healthy.

I empathize with all those people who have a medical condition that makes them gain weight. For the rest of the women, I pity your self-respect when you claim that your flabs are a way of protesting against societal prejudice.

I don’t deny the fact that a girl should be scared of men who live on abandoned roads and buildings. In fact, a girl should fear men who throng malls, theatres, trains and even their own homes. But when I say this, these feminists will come up with the already old beaten up justification – “Not all men” are bad.

I appeal to all those feminists who conveniently blame “men” for anything that goes wrong with a woman. They unleash their innate hatred for men through their verbal diarrhoea while sitting within the comforts of their air-conditioned homes on leather couches.

They will mask their lethargy and lack of skills by making mean men their scapegoats.

They will talk endlessly using societal bias and immoral religion based fetishes as their tools to generate hatred towards men.

It is at such times that men who really respect, love and adore women lose respect for your kind.

We too are scared when our mothers and sisters go out alone after sunset. Rape, molestation and exploitation of women are urgent and highly important issues that need to be dealt with firmly.

And the real men are doing a lot to curb this. Real women respect them and work hand in hand with them as well.

My retaliation is against that particular lot of women who use this issue as a platform to market their hatred towards men using slogans, poetry and prose.

I know that not all women are saints. Neither are all men as bad as the image you are always projecting. Someone rightly said, "Irony is a she-dog."

Maybe women need to temper their tendency of going overboard with their emotions to get this kind of a real picture. Maybe men are good at puncturing our ego when we do this. Maybe women make men realize that all things in life cannot always have ‘a cut and dried’ or ‘rational’ approach. Let’s share this story because instead of sparring with each other or indulging in such verbal duels we need to join forces and deal with the real issues in hand.