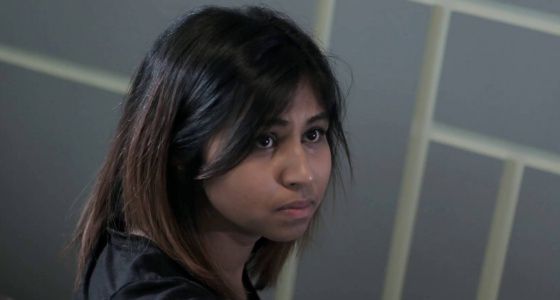 I have been reading a lot about sexual harassment cases recently. Most of these stories are related to Bollywood. It all started when Tanushree Dutta came forward and spoke about how an "honourable" Bollywood actor harassed her while they were shooting a scene for a movie. A lot of people are supporting her. But there are still quite a few people who claim that the whole thing is actually just a publicity stunt. Maybe even we would not have believed her completely if she was still associated with Bollywood.

I admire her courage for sharing her experience openly. And I know for sure that she has gained nothing at all by sharing her story publicly like this.

Yes, there are a lot of ‘A’ list actresses whose #MeToo stories come out when they have a new release around the corner. It's easy to see that they are just making full use of the opportunity to get their share of the limelight. They deserve the dismissal that we give them.

Yes, I deliberately started this write up using Bollywood film stars as an example because I knew women would be able to relate to such influencers easily.

I really fail to understand one thing. Why is our society so short-sighted and mean-minded? Is it easy for a woman to come out in the open and confess such things? A woman needs a lot of courage to overcome her inherent fear of being socially stigmatized. She knows that she has to accept the consequences too. And sadly enough, despite being a victim, she is the one who ends up feeling guilty.

All women have to come out in the open and tell others if they are experiencing such things in their lives.

We all have heard of a similar case related to a reputed comedian. A number of minor girls had shared their stories about how he had exploited them by sending them disturbing messages. I'm sure all of us discussed the details of this case too for several days.

He was taking full advantage of the fact that he was popular. He thought he could get away with anything in the name of fame. We can put people like them in their right places only when we come out and discuss our experiences with them openly.

It’s high time we spoke openly about uncomfortable topics like these. We need to come together and raise our voices against men who take undue advantage of their position in their workplaces. And yes, we definitely need to speak up if this is happening within our families too.

I know men who think a woman is ‘available' if she wears a skirt to her workplace or goes for a meeting with a client. I have even heard of stories where sexist men have commented on how easy it was for a woman to show her legs and get her job done.

We have to correct the mentality of such people. So, yes, this is not just about workplace harassment alone.

Somewhere down the line, women too are at fault. When men comment and pass sexist remarks, women usually take their behaviour very casually. This is because they have been exposed to this kind of behaviour all through their lives. So much so that they have got accustomed to seeing their close relatives, family friends and sometimes even their own family members behaving like this. Even today, women in small cities face sexual harassment on a very regular basis.

They choose to remain silent because they do not want to tarnish the name and reputation of their family.

Why do women suffer such insults and harassment silently? Why do our men assume that it is their right to exploit any woman? I wish the women of our previous generations had fought against this. Then we wouldn’t have to go through such experiences.

Why should we feel embarrassed and ashamed, to tell the truth? It's time we embarrass the people who do such things and shame them publicly. They really deserve all the public humiliation that they are getting.

I have nothing against men in general. I am just against men who have this kind of a mentality. They are the ones who create situations like this.

I have seen progressive thinking men who support women at all times. We just need to come together and raise our voice collectively so that we corner the men who have such a mean mentality.

They think they can do such things and get away with it. That’s what we have to set right.

A collective voice gives hope to a lonely soul. It takes a long while for a sensitive person to even acknowledge and accept that she has been abused in some way. She struggles with her own personal/societal demons. But she now has a clear vision in sight. She knows what she wants. There is a determined glint in her eyes. The day she strikes back she will never look back again. Share this story to celebrate this inner victory that underlines the #MeToo movement.