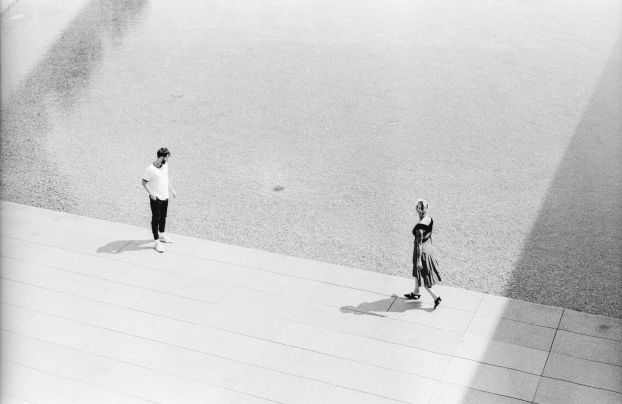 If you are tired of cynicism, if you need some stories of sweetness and hope, then Modern Love is for you. It reminds you a lot of the movie Love Actually. Also Life In A Metro.

Each of the eight independent short stories is engrossing, encompassing relationships that span over years. This series is for those who love complexities of human connection as it relates to the feeling of love-seeking. It's sad, it's funny, it's heartwarming. It wasn’t edgy and raw, but the dialogues and interactions were real. Each episode, set in New York City, is a stand-alone story, with a small tied up bow at the end of the last episode.

Real-life circumstances ranging from empty-nesting to bipolar disorder, aging, self-loathing, human connection, are beautifully crafted. There is nothing dramatic, it's everyday stuff.

I’d be watching and something would spark a memory of something I’d done or felt before. After years of edgy, violent, foul-mouthed shows, this comes as a breath of fresh air. Get a glass of wine, put your feet up on the couch and enjoy.

The first episode follows a young woman who is bad at dating but is friends with her doorman. According to him, the men she gets home are always wrong for her. She becomes pregnant and chooses to raise the baby as a single parent, after affirmations from the doorman. Her sweet but serious doorman is a father figure of sorts, and the best life coach ever. I loved the line in the end when he tells her, "It was never the guy himself but the happiness in her eyes that revealed who was best for her."

The second one is about a dating app developer meeting a journalist to promote his work. She gets him to spill the beans about the girl who got away (who he still loves). In a surprising twist, the journalist shares her own star-crossed love story, and these two different people bond in a way that they hadn’t expected. This story is a little traditional but beautifully told. I especially loved the part where the journalist, after her love doesn’t show up for a weekend with her, thinks, 'how can this be? How can he not feel like I do?' This episode satiated my incurable romantic heart.

There's one that tells the story of a career-oriented woman looking for love on a dating site. But that’s far from her dilemma. When she is happy, she is HAPPY, but when she is miserable she is can’t-get-out-of-bed miserable. She withdraws for periods of time, depressed, and then emerges from the ashes, like sunshine. To prevent another failed relationship and more lost job opportunities, she must accept who and what she is. Anne Hathway’s portrayal of bipolar disorder was spot on. What I did not like was the overwhelming amount of musicals. But I loved that the ending didn’t try to sew things up perfectly and ended on friendship, as opposed to a romantic note.

Tina Fey is worth watching in an episode. It’s not what you would expect and it’s a great example of how important communication is. It has a kind of sardonic humor that is not evident in other episodes. This is about a marriage on the verge of collapse. About the resentment between the long-term couple, about what they can't discuss openly at marriage counseling sessions. The real problems come to the fore during a shared meal. Eventually playing tennis with each other saves their relationship.

It was amusing for me to conclude that men will always have to change first to fix the relationship.

There's one episode that celebrates the possibility of love blossoming from even the most disastrous of dates. It seems like he has insecurities about being with an extremely good-looking woman. On their second date, he falls off the couch onto a martini glass, which leaves him losing a lot of blood. The hours that they spend after the surgery sees them revealing their secrets to each other. A heartwarming bond develops amidst their vulnerabilities.

I loved the concept that a catastrophic situation can make you bare your heart to strangers, which otherwise would not be possible.

The message in the sixth episode seems that a lifetime of experience causes one to relate quite differently to a newcomer to those emotions. What starts as an innocent crush on the office genius who is 30 years older than her, leads to an unhealthy relationship for both. She is looking for her father in him whereas he has romantic feelings for her. In my humble opinion, I thought she was a duh to not understand what he wanted in return for the expensive red jacket. Towards the end, I am confused about her feelings for him.

Then there was one simple and funny story about a gay couple looking at adopting a baby since it’s not feasible to have one of their own. They come across a homeless pregnant woman and decide to adopt her child. It could have done without irrelevant storylines, like dog abortions and views on capitalism. Tears of joy from the gay dad at the birth of his child was another facet of love. What I liked here was that a perfectly sane woman opted to be a vagabond and that a gay couple could provide a family to promiscuous homeless straight women.

I found the final episode on old love to be the most poignant. It’s about a couple in their 70’s who fall in love while running. She went after him, but soon they were both in the race. Their love story was beautiful. Her talk at the funeral was lovely and a lesson for those who think life is over when you are old. It was rounded off with flashbacks to all the main characters of the previous episodes, adding some insight and elaboration to their lives.

What tugged at my heart was that love can make you feel young again, that love can come knocking at your door at any age, that you must grab the second chance at love life throws at you.

To say more would not be fair to those who have not hit 'Play' yet. From birth to death, breakups to makeups, these eight stories covered all the bases of 'modern love' and hit a home run. The acting in each story was all so on point. The cinematography has some beautiful shots of New York City. A couple of episodes initially looked like they were going down scary roads, but eventually, each episode ended well.

In a world where everything is shiny, instant gratification is important, you look your best on Facebook/Instagram, this show shows us what really goes on in a person’s life these days. I recommend it as a balm and a heart-centered hope. A must-watch for every romantic at heart.

An avid reader and impulsive writer, wikipedia on Bollywood, dabble in shero-shairi. I’m short but you can’t tell because I’m loud!

LIFE IS TOUGH
LIFE IN THE TIMES OF CORONA
STOLEN DIARIES
BAKKAR. CHAI. SUTTA
LET'S FACE IT
YOURS GEEKLY