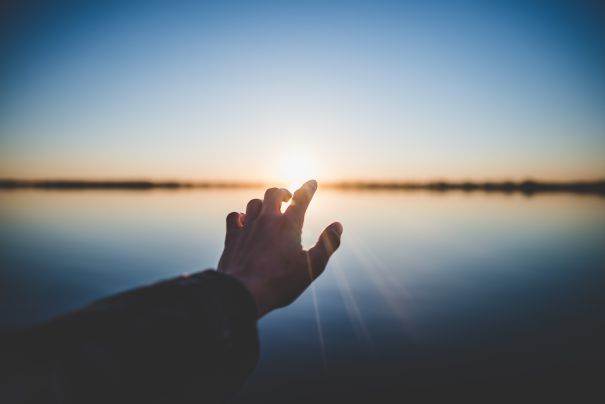 There is a famous dialogue some of us might have heard "Jab dawa kaam nahi karti, tab sirf dua kaam aa sakti hai."

This lockdown and Corona have me talking and collecting information from the people around me. It is sort of becoming the only update in life that I want to get. No news, no new numbers, no more orders or plausible resolutions.

I just want to know about the people around me. What they are up to in their personal lives.

So today morning, I read that a 7-year-old boy wrote a letter to our Prime Minister. He said in his letter that if we are so inclined towards our religion then why can't we ask God to help us financially through this crisis too. I read too much into his letter, to be honest, and it got me thinking.

It was a brilliant idea proposed by someone whose age is probably less than half of yours and mine, and most of us would call him childish. But it does strike to me as one of the most rational requests raised by any of us in this time.

As I am a Hindu by birth, faith, etc. and considering the ongoing political beliefs in our nation, I will stick to talking about only the Hindu deities and shrines. Also, because if my words are taken in the wrong way, it will hurt religious sentiments and make people question my reasons for writing this post.

And the reason is anything but spreading the idea of a "Hindu Rashtra".

I have no interest in politicizing the current scenario at a time like this when humans from all walks of life are fighting together and working hard to help the needy and the underprivileged.

That said, it's safe to assume that at this juncture, God is someone we could all turn to.

I have put in a few hours researching, and that was enough to push me to write about it.

1. There are temples that see an annual donation ranging from 5 Cr to 650 Cr INR.
2. Temples with an estimated worth of almost 20 billion USD.
3. Religious organizations with an annual revenue touching 500 Cr INR.

If we can put together the funds with these deities/organizations, they can help our country walk away from poverty, but the need of the hour is the help we could get to avert the evil that is literally breathing down our necks right now.

I feel overjoyed after learning that we have gone out of our way and done our bit. And I can say this with surety that no one wants to act like God, we would've been more than happy to leave it to him.

As the country and its people rise up from this pandemic, knowing well that at least 20% of everyone's close family believe in the healing power of God will walk to their holy places and donate their bit to the temples they visit, offer prayers and thank God for keeping us safe.

At the time of writing this article, the total donations and other contributions almost constitute 60-75 Cr INR, which includes only a few of the top 10 earners.

Almost 10 days of the lockdown is over and I have not heard of many miracles other than the contribution listed above.

The only miracles I have noticed so far are the following though,
1. The unity our nation/people have shown.
2. Government and medical task force staring at imminent death and working relentlessly.
3. Young and old alike donating and distributing what they can.

Situations like these strengthen the belief that only man can come to rescue mankind. On the other hand, I would pray to this faceless entity to keep all these miracle workers safe, including their loved ones who eagerly await their return home every day.

These corona times are tough and it takes a lot to stay positive when you're in a lockdown indefinitely. And sometimes, all we have are thoughts to share with the world wanting someone to hear them. We want to tell you. We hear you, we feel you.

If your wish is to tell us your story, it is our command to do justice to it. We are always listening.