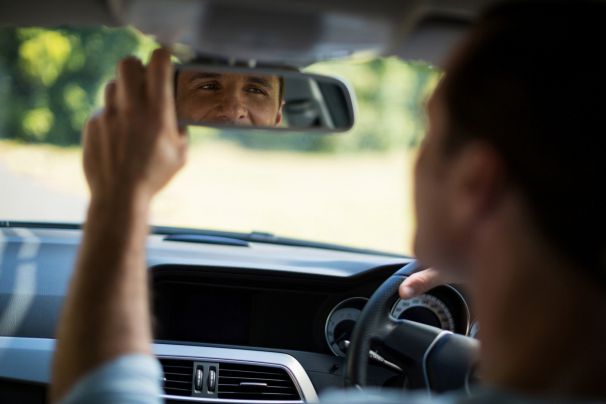 The good thing about the past is, it's past. Who you're today is leading you to who you'll be tomorrow and it's okay to look back once in a while but staring at it for long might make you miss what lies ahead of you.

There’s a reason why the rear-view mirror is so small, and the windshield is so big because where you’re headed is much more important than what you’ve left behind.

If a man chooses to be honest with you, that's not because he has a splendid past. Everybody has made some terrible mistakes in their life, but nevertheless, he deeply cares about you and thinks you're mature enough to handle the truth. Yes, there will be certain things which will make you think less of him, but please don't. That could be one of your biggest mistakes which will lead to the end of your relationship. And in a ripple effect, more and more people will rely on lies and less would have the courage, to be honest with their partners.

The greatest fear a person has, is to live with someone who doesn't respect him/her.

Constantly reminding them of their mistakes and flaws will make them a better person or a bitter person? Think about it next time you comment on someone's past. It’s not only ungracious to speak on it, but it’s not even your place to judge them. Being vulnerable is not an easy thing. Trusting somebody is not an easy thing. I think most people don't choose to be honest because of how our world deals with honest people. If someone shows us their wounds, the first thing we do is fact-check to see if it's real and second, we touch it to check how much it hurts. People with basic manners are the last of a dying breed. There are certain basic manners which you should learn, remember and follow when a person is honest with you. This is a checklist you should tattoo on your brain:

1. Never ask about their past if they’re not willing to share on their own.

2. Never pinch them on their family matters.

3. Never provoke their feelings up to a point where they rebel and attack you back.

4. Never judge them, you’ve no idea why they did, what they did.

5. Loving many people or loving no one doesn't reflect their character.

Share this story because it talks about real stuff.