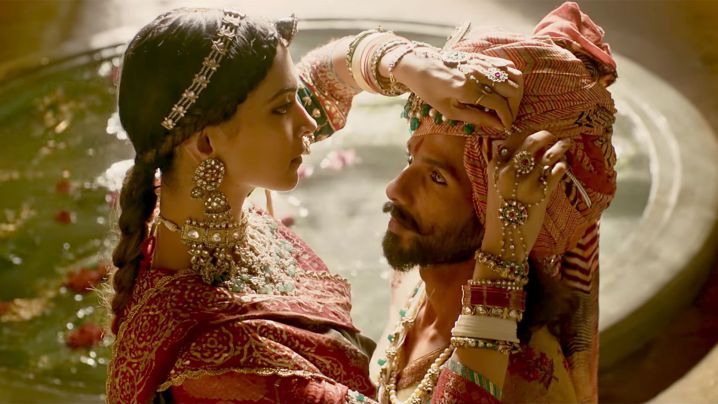 I am glad that the movie Padmavati will now be known as Padmavat, this way at least it has a release date. Its name will be changed so that it no longer will be representing Rani Padmavati but it will be based on Padmavat, an epic fictionalized poem written by Malik Muhammad Jayasi in 1540 CE.

The whole situation had left me questioning our freedom of expression in our own country.

Especially for a writer or a director, how much freedom can he have when he undertakes a responsibility to entertain the society by telling someone’s story? This makes me draw a conclusion, that as soon as a person thinks about writing a script on some idea, he should go to all the political parties and find out who could get offended by his small idea which is only at the stage of conception, then.

He or she should take written permission about each frame and dialogue of that script. And all this for what, to safeguard the honor of Rani Padmavati? A legend and a fighter who didn’t surrender in front of the enemy and chose to give her life for her honor. I have all the respect for such a legend. But is it not the same thing that Sanjay Leela Bansali was trying to tell the whole world?

Honestly, how many people were aware of this story before he decided to make a movie on this subject? Not many, I am sure. People searched and found out about her glory and courage after this movie was announced. Before that, it was a long-lost name for most of us.

Shouldn’t we give him some credit for spreading that glory instead of abusing him and threatening him? And on what basis do we want to threaten him? On what principles are we are doing this? Have we forgotten that we are part of a culture where we have the utmost respect for the female gender? We belong to a culture where we fight, kill and rebel for the honor of a woman. Doesn’t it sound absurd? But the truth is far from what we have been taught.

We don’t leave a single chance to make women of our household, our society and country feel inferior. We insult her, abuse her, treat her as an object and rape her both physically and mentally. Why aren’t we standing for the rights of women who are still alive and very much a part of our lives? Why don’t we give that respect and honor to our daughters, daughter in laws, mothers or women colleagues? Don’t we sound like hypocrites when we protest the release of a movie based on the legend Rani Padmavati, who is no more? Why don't we threaten people who are doing acts to disrespect the women of today?

Why do we want to wait for women to die for her honor and become a part of our history till we can give them the respect they deserve?

Share this story if you agree with the writer.