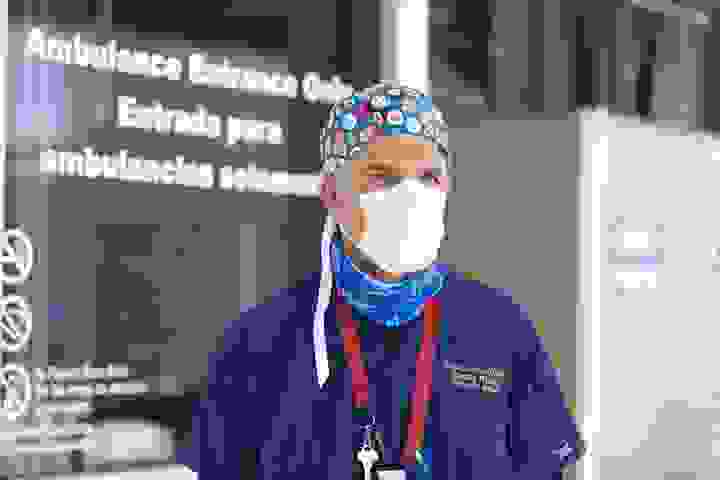 The following is a story from my under graduation days, written more than 10 years back while I was posted in the Medicine ICU, the place to learn the ABCs of intensive care.

Though there are stories everyday which can be told, a case that I distinctly remember to this day was that of a 23-year-old engineer, male patient of mine. He was perfectly alright 2 days prior to the onset of symptoms, which began with lower limb weakness. He was admitted in a private nursing home and was referred to the government hospital when he deteriorated and was brought to the EMS in a gasping state  (fighting to take breaths, another sign of cardiac arrest). Deficiency of oxygen for even a few minutes due to the absence of blood flow, the brain can get permanently damaged - hypoxic-ischemic encephalopathy. It deteriorated further, he became brain dead… in just 2 days!

Nothing new? Well, the catch is that he was sent IN AN AMBULANCE FROM THE PRIVATE HOSPITAL WHICH HAD NO OXYGEN CYLINDER IN IT. This is the only petty reason that young man will lose his life.

Sitting in the MICU, I can only watch as the relatives come and see him… Old parents come to his bed, pray, apply a ‘tika’ on his forehead every morning in the hope that maybe it will help him back to life. Mother trying to hold his hand, crying, asking her son to talk to her, continuously speaking, reminding him of old days spent together. Maybe he is hearing her, maybe he can hear his mother’s cries. Brother, father, grandparents, everyone there- it is really disheartening to see them crying. I can’t look in their eyes at times. I do not want to see their hopes die, looking in my eyes... I too get very emotional at times...

The family has not yet been informed about the braindead status of the patient. They will not be able to face it in such a short interval of time. Who should be held responsible for his death? The private hospital doctor or the lack of proper ambulance services in the country, for being so irresponsible to send a critically ill patient without a basic oxygen? Why should the family not be told about this? Why should the truth be hidden from them? It was not the patient’s disease that will eventually claim his life but the unpardonable mistake on the part of that doctor to send him without OXYGEN!

Because I cannot stand against anything that is wrong, I decided to argue with my senior that the relatives had every right to be told about this. But the only reply I got was that we don’t put our colleagues into trouble- apparently, a MEDICAL ETHIC! I better remain quiet. Is it right, I still question?

Our next line of management says, "Keep the patient on the ventilator for a few days till the family gets an acceptance of the poor prognosis, eventually declare the patient braindead," and then ENCOURAGE THE RELATIVES FOR ORGAN DONATION.

Sad. I can’t help much. But it has left an impact on me. It's very sad, even for us as doctors to look into the eyes of a relative and tell them that the patient is no more. And here we had something more to say, an answer to all their questions… the truth… which will never be told. The truth... which will be cremated with the patient.

Sometimes, when a doctor said "We tried our best," they are probably saying much more than we can hear. Instead of playing hide-and-seek with their patients, maybe we can work together to build a relationship that will enable us both. Perhaps proper counselling will help us accept that death is a part of life and move forward. At the same time, we want to know that our healthcare facilities are equipped to handle our lives carefully.

On that note, we understand that many of you may be going through the loss of a loved one. If you or someone you know requires grief counselling (even anonymously), reach out to us on hello@akkarbakkar.com. Your first session is on us.