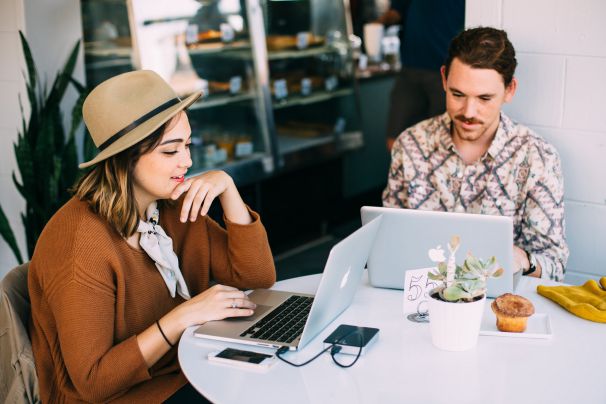 For a long while in my life, I didn’t even know that a concept like money existed. I would always ask for the things that I needed and those things would be given to me within a short span of time. I had all the food that I wanted to eat on my dining table. I was always appropriately clothed and could dress up to match the occasion as well as the weather. I was taken for outings, picnics and short vacations. I had all of this while I was growing up.

Never once did I actually see money exchanging hands. I did not see my parents, my extended family or the people of my community discussing money. So, I can honestly say that I actually grew up without being aware of the fact that money could often be a big force in all our lives.

Unfortunately, such innocence does not last long. I joined a college in Pune. The college hostel could not provide me with a room immediately. So I had to live in an apartment in a nearby community. My parents quietly paid the fees, the rent and the food bills. But now I had to manage my pocket money independently.

And for the first time in my life, I experienced the value of money.

It just seemed to disappear. I would be given some pocket money which was supposed to last me a full month but within a week or two every penny had disappeared. I knew I had to learn quite a few lessons about how to spend money.

I learned to manage my pocket money quite quickly but it was only when I started working that my respect for money grew.

And when I saw my money growing, I had all kinds of questions about it.

History tells us that Man has always been the breadwinner of his family. This was a norm all over the world. We have all lived in a patriarchal society over years. The males would dominate and the women would always be sidelined.

The person who earned money wielded power over the purse strings.

The world wars finally brought about some kind of a change all over the world. The men were out fighting wars so the women finally got the opportunity to step out of their traditional roles and take charge of what had so far been the male domain. The gaps had to be filled to ensure that things moved smoothly within the house. Life had to continue without the presence of the men too.

So out of the ashes rose the Phoenix. The women finally started tasting financial freedom.

When the wars ended, the men returned to their homes. But the women refused to retreat back into the kitchens.

Women now started proving that they were capable of balancing their work with their homes.

Of course, it all came at a price. The sudden and newly found independence went to the head of many women. They pounced upon every opportunity that came their way without batting an eyelid.

Money makes us independent. Money fills us up with a feeling of confidence too.

No woman ever feels comfortable asking for money to meet her petty expenses. She definitely does not like it if she is questioned by her husband about it. She feels her husband does not trust her with money if he questions her about it.

But now more and more women are becoming economically independent. So the need to ask for money does not really arise anymore.

But still, there are quite a few prejudiced men who thrive on the feeling of importance that they get when their wives ask, plead and beg them for money to meet their expenses or for maintaining their homes.

There are still quite a few women who are not allowed to work. So they don’t have any kind of economic freedom. They get so frustrated that they resort to underhand means to meet their expenses.

I have seen women from affluent families manipulating situations or bills to extract money from their husbands. I know a few women who are constantly in debt. Perhaps they don’t know how to manage their funds. I have also seen extreme cases where women lie about the money that is given to them. A close acquaintance of mine keeps talking about her property and all the riches that she has but she thinks twice before shelling out her pennies. I really feel sorry for such women. I also have a close relative who is forced to beg for each penny that is given to her. She has to maintain a record for all the money that she spends. I also know of a couple who loves flaunting about the frequent trips that they take to foreign countries. But then the outside world does not know that he hacks the accounts of his employees to take all those trips. Does he pause and think about his actions? Does he ever ask himself a question like, “Is this really an ethical thing to do?”

Communication can surely solve such issues. If we treat women as crucial members of our family and give them the freedom that they yearn for such problems will surely get resolved.

Men should feel happy when the wives are ready to share their financial burden. They should not feel insecure about their newly found identities. There is no harm in having a second income in the house. We all need to maintain a certain quality in our lives. So let’s give the women in our lives the respect that they deserve.

Newer opportunities are emerging every day. And women make full use of such opportunities. They are able to balance their household chores by working from home too.

Fortunately, I belong to a modern family that has let me bloom, grow and prosper. I was able to create an identity of my own because I always got this kind of freedom.

Money can buy us happiness. But money can also ruin relationships forever. Let’s master the art of using money judiciously. Let’s not allow it to control and distort our lives. Let’s remember that we can always earn the money that we lost/spent. But we can never ever recover a ruined relationship or the time that is lost. Let’s share this sensible girl’s story and learn to look at the monetary aspects of our lives with the right perspective.