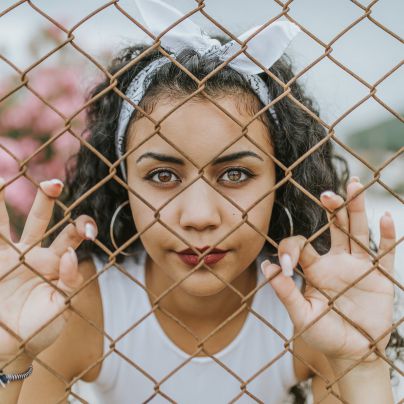 If you tell me that you think men and women are treated equally these days, I’ll look you in the eye and ask you a lot of disturbing questions.

I know we all live in a world where we have to conform to societal expectations. So we are expected to behave in a certain way. Sexism is just a casual word that is used by the current generation. Yes, I too belong to the current generation and together we all have to shape this world. We all are young and have progressive minds. We all respect one another.

We have overcome the strange and strong urge to dominate over others. And yes, I’m talking about boys when I make that statement.

We can now proudly say that we live in a ‘post-sexist society’.  Women can vote now. Women have jobs too. And that is a good progression indeed. Yet, we all know that there are a lot of women out there who still struggle to lead independent lives. We all like to believe that women are strong and intelligent human beings.

But are women really treated as equals? We don't really treat them like that, in reality, do we? We find it difficult to look at a woman in the same way that we look at a man, don't we?

If we consider men and women to be equal, why did that insignificant typical sissy male think about gender when he interacted with me? Was he looking at me as a person or was he seeing me as just a woman? Why did that male think he was always entitled to everything? Who gave him the right to call me “hysterical” and “aggressive”?

Why did he believe that his opinion was worth more than my opinion? I had not looked at his gender when I had interacted with him. I had shared a human-human interaction with him – not a man-woman conversation.

Can we teach people to treat everyone equally by imposing a set of rules on them?

Why is it so difficult for people to perceive a person’s inherent character? Isn’t our personality independent of our gender?

Why does the interaction change when the physical attributes change? Why does a 5-year-old kid interact differently with a man and a woman?  Why do kids make fun of girls who have short hair? Isn't it our duty to correct such habits?

When I see such things I think that somewhere down the line women too are at fault.

They expect even little kids to treat girls and women differently. And women make their kids conform to such norms at home too.

Modern women have a purpose in their lives.

Yet there are women who believe in outdated notions. They use their gender to create physical, emotional and mental barriers in the minds of their children and force them to adhere to it.

I firmly believe that “Because I’m a girl” should never be used as an excuse for anything.

Our gender should never define us. We cannot typecast men and women into rigid categories. We would be oversimplifying things by doing this and we will end up creating more problems for ourselves later on.

I would like to mention a particular incident that happened recently. A group of men and women were talking respectfully in a casual conversation. They were discussing gender stereotypes. The conversation was quite effective. That should have been the end of the matter, isn't it?

But that is not the real picture. The men then started to play act like a woman to infuse some fun into the conversation. And they did so quite eagerly. I wasn’t really annoyed in the beginning because they were just bringing out the general stereotypical aspects of a woman. But I was quite mad when they deliberately chose to highlight certain specific stereotypical aspects that did not apply to most modern women.

It’s really funny to look at the way men think about women. They feel all a woman ever tries to do is to gain their attention.

Obviously, these men were unaware of how uncomfortable the women in the room were feeling.

They had just wanted to have some fun at our expense but they ended up being insensitive. They did not hesitate to twist and colour the truth because they thought it was more important for them to match people’s expectations at that time. They did not even realize that they were hurting quite a few people by doing this.

So, I bet they were taken by surprise when they saw a few women strut across the ramp and flirt and wink at the boys who were watching them. I bet the men had never seen such things happening before.

Some women who were tired of being called weak tried to prove their worth by agreeing to participate in an arm-wrestling match with some unsuspecting weak bodied dude.

Boys don’t necessarily have to be muscular to be strong. Girls can be very strong – mentally, emotionally and physically too. But I guess such intangible things eluded all the people who had gathered together that day.

I didn't like what was going on but the whole thing was imperative for my growth that day. People still typecast men and women and segregate them into distinct categories. This in itself tells us that all they really think of when they see a man or a woman is gender.

They fail to see an individual human being who has a unique personality.

Females are not always interested in gaining male attention. No one likes being told what to do all the time. Such nuances have been discussed so many times that it has become ad nauseam now. I know it is difficult to eradicate sexism completely. We struggle to overcome our materialistic tendencies so overcoming sexism is surely going to take a long while.

Putting a ban on such things will not be effective either. When we put a ban on something we will end up doing the exact opposite just to prove things to the world. It’s akin to banning marijuana in a country. And we all know that we will surely find it in abundance in the very country that it is banned in. So my only hope is that people should realize such fine nuances on their own. It is time we all grew up because such attitudes can really put all of us off.

People who know their true worth are confident in their own skins. They rarely bother about what others think of them. Such people don’t go around correcting the mindsets of others. They simply lead by example. Let’s share this passionate young woman’s story and learn to lead our lives on our terms. Maybe it’s time we learnt to shrug off and dismiss the caustic comments made by sexists. Perhaps they will question their own outdated beliefs and perspectives if we just ignore them.

The Golden Bird
LIFE IN THE TIMES OF CORONA
YOUR STORY
LET'S FACE IT
BAKKAR. CHAI. SUTTA
POEM