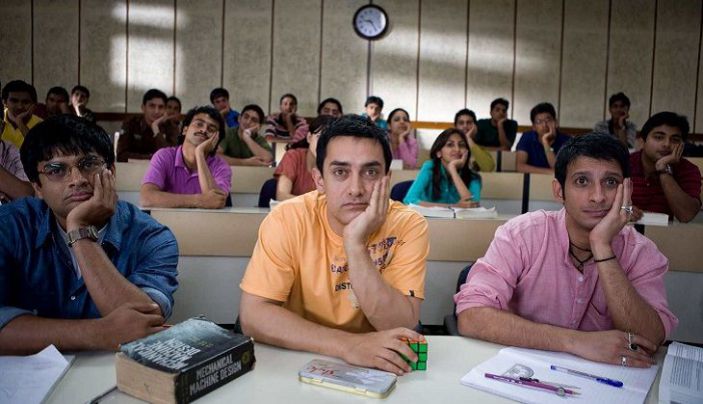 I was a state rank holder in mathematics during my 10th and 12th standards. I was among the chosen few in the state, to get such a distinction. My family and friends were over the moon, including me. Few days into my Under Graduation, some instances stung me and led me to believe that these accolades hold no significant value or purpose besides serving as a pride/ego boost. In the following paragraphs, I will narrate why I believe that academic merit is one of the most unproductive things in formal schooling education. Getting full marks in an examination is generally of two types. One is the artificial type, students who are ambitious to get a high rank in all the subjects and in all the examinations, so they work bloody hard for it. Second is the knowledgeable type, the ones who never pushed too hard but their eagerness to gain knowledge was their focal point of focus. Eventually, both get there, but the game has just begun. The one who aimed to be on the top gradually found out that, in the process of coming first, he/she somewhere lost the plot about why they were studying in the first place.

After all, learning is a process and these exams exist just to test your knowledge. Topping these examinations will give you nothing but hazy fame and more pressure. The only certain thing about this fame is that it evaporates within no time.

I held state rank in mathematics in both 10th and 12th standards. But what I gained out of it is nothing, but pressure. Did I like math that much? Hell, no. I never liked science either. But until the 10th standard, you ought to fight it out. In science subjects, you need to explain the mechanisms and phenomenon line by line. It was very boring. Mathematics was far more interesting where you can play with numbers and fill out pages.

Yes, filling out matters. Often, your marks are directly proportional to the number of pages you attach to your examination sheet.

Memorizing science was the toughest phase of my childhood. For instance, when I was learning about combustion in Chemistry class. My Chemistry teacher said, “Students, do you know what combustion is?” Hell of a silence followed. The teacher continued, “Combustion is a high-temperature exothermic redox chemical reaction between a fuel and oxidant usually atmospheric oxygen that produces oxidised, often gaseous products, in a mixture termed as smoke.” The silence continued. The teacher, then tried to explain in simple words, “In other words, Combustion is a rapid chemical combination of a substance with oxygen, involving the production of heat and light.” There was a deafening silence because still, nobody got to understand what combustion is. The basic meaning of combustion is burning. That is it.

Combustion means burning or firing. No science teacher said this to me in the first place. This is the reason why I found science tough and I had to memorise it. But maths was different. I knew the concepts and I am able to solve tricky equations. You are almost sure whether the answers are correct or wrong, unlike in science. My goal was never to receive a rank in maths in 10th standard. But the subject was so easy to score and to fill out papers, that by sheer hard work (haha), I did! I considered taking up commerce for further studies since I was good at maths. But society had other ideas. I joined the computer science group. The pressure of getting scoring high again was now built up over me. High school maths was not so interesting for me. But still, the same old logic of filling papers attracted me to maths. “Can you memorise math?” one of my friends quipped. “Yes. You can, when you have written hundreds of tests over a single subject over a time period of two years, and when you have anything for filling pages”.

When my final exams were nearing, I was thorough with my maths book. I was capable of solving any problem (only the problems given in the book) orally without using a calculator. My roommates would even play a game of quizzing with me. They would point me the exercise number and problem number, and I would say the final answers.

I was gloating with my knowledge in maths when the results were declared. The moment I entered engineering, it gave me the best of my life lessons, particularly with regards to my academics. I failed in maths, in one of my exams and Head of the Department asked me in front of my class, “What is your 12th score?” The whole class giggled and I whispered “Centum Sir”. And he followed it up by asking, “Did you chase the paper? Or copy from your friend?” I went back home and gave it a lot of thought. For what bloody reason, did I blindly chase ranks without knowing the subject? Five years on and the ghost still haunts me. Getting centum in a subject or trying to score to the top just fades away as time progresses. The knowledge that you gain through the process alone, stands with you all the time. Without having a basic knowledge of science, I have an engineering degree in my hand and I have two centums in maths. I don’t know whether it can happen around the world. But certainly, this is what is happening in India.

P.S: My favorite subjects in school were always English and History.

Share this story because it is the need of the hour.