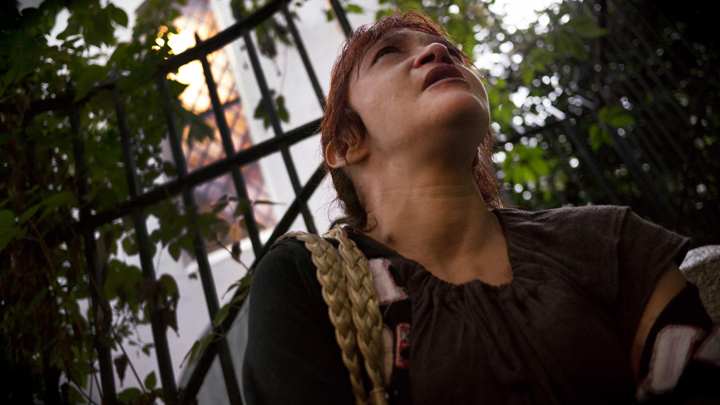 One of the crazy things on my ‘bucket list’ is to spend a night in prison. The motto is not to do something crazy which lands me in prison rather it’s to interact and understand the mentality as well as the situations of a criminal/law-breaker.

I want to know the reason why a thief stole, a murderer murdered, and a rapist raped.

I strongly believe that these people are just like you and me. The only difference, they were brought up in the wrong environment. They were taught things in a certain way where they didn’t learn how to differentiate between the right and the wrong. They were molded in an environment where people don’t understand the pain of other people, other sex or any other creatures to say.

When they brutally murder or rape someone, they think of that person merely as an object, and the humane feeling goes missing.

Think of it this way – when a female gets raped and we are reading about it in the newspaper, we don’t even have the guts to read the whole news. It kind of disgusts us and we feel sad for the victim. But the rapist stands there with a smile on his face. What could be the reason? He has no idea what he has done; that his actions have ruined someone’s life. He is ignorant of the fact. They just do what they think is right to do.

This makes me think - why do we go to school? The answer to this question has changed over time. The primary reason is that we can become a good human who understands the pain, suffering, happiness of others; in short to learn human values. Sadly over time, it has changed to just mugging up books and leading the never-ending race.

It surprises me to see how smartly humans have learnt to blame everything on these people. Whereas the truth is we are all responsible for their condition.

We, as a society, have failed to take care of certain people and then we blame them in the name of showing sympathy towards the victims. In fact, we try to kick them out of the society by calling them psychopaths, maniacs, lunatics, and what not. But in reality, they are the victims of a flawed society which tries to run away from its responsibilities.

Nobody is a criminal or a terrorist by birth. A child holding a weapon could have been your father, your brother or for that instance, even you if you were brought up in the same hostile environment as the child.

Our job is not to punish a criminal or decide if a rapist has to be brutally mass murdered or hanged but instead, to create a better society for everyone.

If there exists a criminal in the society, we are solely responsible for it. We are always so busy shouting on roads, social media, and proving the courts wrong that we don’t get time to rebuild their living conditions.

Someone among us was smart enough to understand this and that’s why he didn’t write the punishment of death for the murderer or a rapist. They are not hanged and are given a chance to improve themselves. They are taken away from the society to live in a prison – which is supposed to be their learning place; know the right way of living.

A prison should be a place to improve people’s lives and uplift them to the standards of the society, more like a rehabilitation center.

Sadly, our prisons are a place where people get harassed, looked down upon, and live a life equivalent to hell. And then, we expect them to be a better human when they come out of prison after serving their terms.

There are few who just can’t be cured, and after some careful considerations, they are sentenced to death. A death sentence is a lot bigger thing than we can ever imagine. By taking away someone’s life we are taking away their chance to improve – where their only fault was that they grew up at the wrong place. That’s something they can’t do anything about in the first place.

Since there are so many animal lovers in this world, I guess this theory will be easier to understand if explained with the help of an animal.

A dog that is trained to bite will eventually get into the habit and end up biting everyone around. And people would start calling it the mad dog. But is the dog really mad?

Wasn’t the dog doing what it was trained for? That’s what the dog has learnt all its life and now finds the reason to live only in biting people. The dog isn’t wrong, it was trained wrong.

This story is a food for thought. It teaches us something we all need to think and act upon. Share this story if you want people to work towards the betterment of the society. Remember always, it's us who makes up a society.