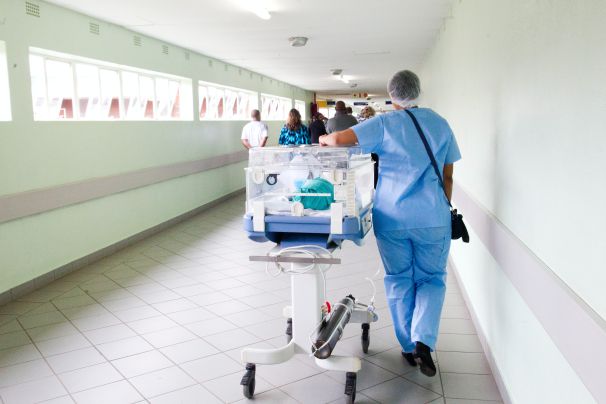 A 35-year-old male gets admitted from Emergency with acute cholecystitis for a planned cholecystectomy (removal of the gall bladder). Three days after the surgery, the patient dies of post-operative complications, an uncommon but a possible event in hospitals all across the world.

The above incident is not uncommon – and is just the tip of the iceberg of how people in India come up with ways to not buy insurance (to avoid paying the yearly premium), but at the same time utilize someone else’s policy to get admitted to top corporate hospitals.

After working for 10 years in a corporate hospital, the following are my observations about the ultimate Indian Healthcare insurance Jugaad:

1st type - Most patients who come to the emergency department/OPD purposely give only their first name on their registration (saying that they don’t write a surname) and fill the address as the name of the village, stating that they do not have a house number. ID proofs can be manipulated easily at the time of admission or people in rural/semi-urban areas deny having any ID card made.

All family members in similar age group and gender then use the same policy for getting admitted in the hospital, similar to how most people in a family use a single paid subscription of Amazon Prime, by giving a disguised identity.

2nd type - Purely for money-making purposes – patients give their policies to hospitals and nursing homes, who make fake admission papers and hospital records, similar to how many pharmacists give their B.Pharma degrees to chemists to use as a license for dispensing drugs. The money gets credited to the account from the insurance companies and is shared by the hospital and the policyholder.

3rd type – Many patients with insurance get admitted to a hospital, without any clinical indications, just so that the yearly premium does not go waste. They want to get admitted to get a complete body checkup with all possible blood investigations, sonography, X-rays, MRI, etc.

4th type – Iatrogenic: You did not say anything, we did not hear anything. In spite of knowing that the patient is a known case of preexisting conditions, on regular medications, the existing diseases are not mentioned in the past history/medication history by the doctor as it will lead to rejection of the mediclaim. The cycle continues for years, the patient/relatives do not declare it in the renewed policy to avoid the higher premium rates – doctors don’t declare it on their case papers – and I see patients up to even 75 years old, on regular medications for years together, but no record of the same in the insurance policy.

If investigated, I’m sure that this jugaadu medical insurance ‘racket’ will cost thousands of crores in healthcare fraud in India… and the system will never be cleaned completely, as in most instances, the insurance company agents are themselves a part of it and manipulate documents to get the claim passed, and have a share of their own.

A regular guy who likes to live life to the fullest, on my own terms and enjoying every moment as it comes...I feel alive by being creative and discovering more about myself everyday. I enjoy my profession as a doctor, working in the stressful Emergency Department, as the satisfaction to save even 1 life is immense. Being involved in many extra curricular activities apart from my profession, I'm somehow amazed at my potential which encourages me to push myself even further...after all ITS ONLY 1 LIFE TO LIVE. Just chasing my dreams now and waiting to see what God has in store for me...all I wish for is to be a good human being and ultimately, LEAVE BEHIND A LEGACY. Visit me on - www.mohit-freespirit.blogspot.in , www.quackdoses.com