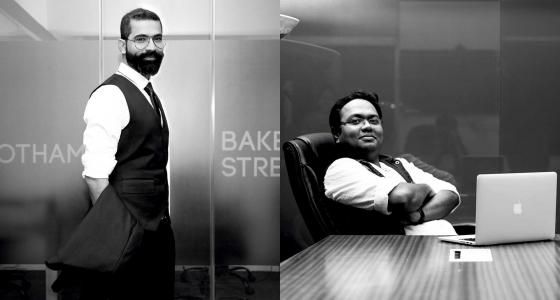 Thanks to you as well as your cousin Twitter as well as all other social media platforms, we are a small world now. In fact we are a nation.

And a democratic one. With unlimited freedom of thought and speech.

It is with this freedom of thought and speech that I choose to speak on this platform, so hear me out. So the latest issue in our minds or at least in mine are the set of allegations against Arunabh Kumar, founder of TVF.

Almost everyone active on social media or at least for people like me who love browsing YouTube, we are all aware what is TVF. Most of us are witness to their journey and their rise from a comedy group posting funny videos to groundbreaking Web series such as Permanent Roommates and Pitchers. Most of you know Arunabh Kumar as Yogi Bhaiya from Pitchers.

Before starting to argue my case, I want to make it clear that I am a woman and yes a big fan of TVF. They have inspired me with the fact that they started out as a small startup but progressed and persevered to wherever they are today.

I know this country has witnessed more than its fair share of sexual abuse, harassment and rape. Yes our great land needs feminism. It needs to forsake it's garb of false modesty. But what is this I see? People using feminism and taking advantage of a sensitive area in our minds to defame a creative leader.

For starters, Mr.Kumar has been accused of sexual harassment by a person claiming to be an ex-employee. The person chooses to be unnamed. I can only imagine what Arunabh and his team has gone through in the last 24 hours. With this statement, I want to make it clear without any diplomacy that I believe that the man is innocent and a victim to false rumours.

I know a lot of posts are coming up, the authors of which are not sure whom to support but I am making it extremely clear that I support TVF.

First of all, how does it take you 3 years or more to come out with the allegations? An incident as traumatising and disgusting as this needed to come out immediately!
Secondly, many of you are accusing TVF of making veiled threats to women!

Seriously sisters, if someone accused your close relative or even a kind boss of baseless allegations, would you not react the same way? If your brother was accused of the same, would you not react vehemently? Would you still choose to hide behind the garb of feminism?

Third, many of you are talking of unsubscribing to TVF channels. So go, do it! Return to your mundane soap operas filled with Mr. Goody two shoes who never mistreat their women. You do realise that there is only one person accused here and not the whole team right?

Fourth, in a country where women are emerging even stronger than men in asking for their rights, why does this lady need to hide behind a half-baked post? And how is it that everyone's memory cells are suddenly activated and you are all coming out with stories on Arunabh sexually harassing you?

If they are true then there are only two terms I have for you: Alzheimer afflicted or Cowards .

Fifth, there is an ongoing tendency to shoot down a person who is trying to achieve something in this country. We complain of a regressive television, we talk of bad movies but the moment a team as revolutionary as TVF does anything remotely good, we choose to refer to our memory banks for what wrong they committed.

I saw very few articles commending their brilliant shows but at least a million claiming "sleaziness" in the last 24 hours.

Lastly, no I am not an employee at TVF. I am just an ordinary lady doctor but you see I am a part of another misunderstood profession too. Glorious yet misunderstood so I know how it feels. How defamation works.

As for TVF, I hope they are busily creating another show that will break all records.

Earlier, we had received an open letter from a woman with a different perspective. Read it here: Dear TVF Guys, I'm Just Another Woman Who Felt Dirty After Meeting Your Boss

P.S: I have seen many one sided and judgemental comments in the last one day, so forgive me as I am entitled to my one sided opinion too. All said and done, I would like to conclude by saying, feminism is awesome but logical thinking surpasses everything.