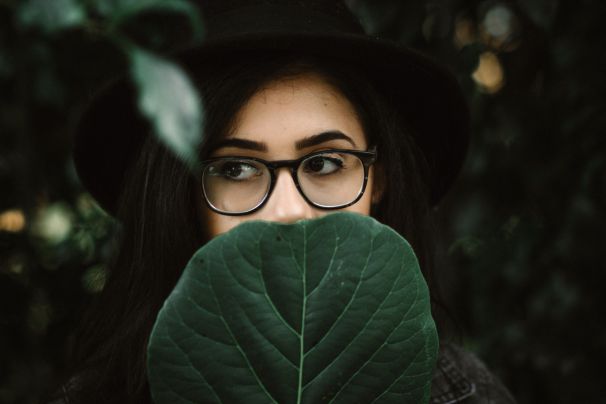 I remember the first time I ever saw a live debate. It was in my seventh grade and at the time I was totally fascinated by the rhetoric being put forth by my seniors. They were opinionated and eloquent, which to a shy seventh grader was the pinnacle of being ‘cool’. The motion was also one which many at the time deemed inappropriate to younger students - “This house is against the legalization of prostitution”. To me it was a no brainer, prostitutes were women who did bad things for money and therefore any government, institution or individual that endorsed them were ipso facto morally incorrect.

Yet, on that day in April, I was fascinated by what the three boys in the opposition had to say. They argued that what the government termed as ‘wrong practices’ were actually a breeding ground for criminal behavior, be it in the form of abuse, rape or extortion and how legitimization could at least curb this activity to some degree. Examples were cited and forgotten facts reiterated. I listened to the argument and somewhere down the line, I recall realizing something truly amazing happen:

My preconceived notion of morality was slowly being battered down by fact and logic.

That debate has been the standard by which I have framed my debate arguments ever since. Yes, its basic takeaway has always been the triumph of fact over emotion but I wish to bring to your notice my takeaway, not as a member of a debate team but as that of an audience member. If anyone reading the previous paragraph was asked to point out the keywords or phrases that summarized its gist, there are many obvious conclusions one may come to.

There’s ‘fact’, ‘logic’ and ‘morality’ but to me the greatest takeaway was that I was willing to ‘listen’ to the side I didn’t agree with. In today’s world of big ideas and varied opinions, it is this one quality that I see disappearing fast. Debates are being fast reduced to verbal brawls and it is imperative that we see the difference between the two.

What really is the difference though? Is it merely semantic or is there something more? I believe it’s something I’d like to call ‘topic blindness’. My senior had told me before my very first debate that the only points of the opponent’s I needed to register were the ones I could use against him. If I could do that, victory was only a matter of driving my own pitch home, and it turns out, he was right. This very philosophy soon began to permeate through every aspect of my life both on and off that dais.

My opinion was of the highest importance and I began to listen only to retort. This was fine for a while. My apathy to others was regarded as rebellious and as the defining trait that made everybody want to be on my side. And then I grew up.

I witnessed my first (and thankfully, only) communal riot when I was sixteen. I was returning home from school with a friend when I saw the crowd appear in the distance. This wasn’t a staged protest march, with students holding banners and shouting slogans. This was a mob of fanatics, bent on destroying everything in their path. This sea of white broke windows, smashed cars and beat scurrying bystanders to a pulp. Some carried swords and knives. Others made do with thick bamboo sticks. I was still urging my friend (who had literally frozen with fear) to run back to the school gates when the mob descended upon us. The next five minutes were a blur. I remember the sound of the sticks swooshing through the air and my friend, now jolted out of his trance, screaming in pain. Somewhere afar I heard shots being fired. The police had arrived at the scene and the chaos that followed was unprecedented.

Everyone around us was running in different directions. The two of us just lay on the pavement in fear and pain.

The news that day covered the story in great detail. The mob had gathered because they believed that their ethics and morality had been breached. Throughout the day, academics, researchers and scholars put forth their points as to why the mob was justified. Some religious scholars argued that morality was the glue that held our society together and a breach of their code of conduct justified the mob. They quoted scriptures and holy books, taking lessons from the supposed acts of God against sinners. As newsreaders pressed on about the ground realities, these men very often used certain phrases or words to their advantage and liking them to unimportant things. One debate after another, I began to notice the pattern and tricks I had myself followed for so long. Except this time, I was the one on the receiving end of apathy.

I felt helpless as the argument pushed on without so much as a second glance on the other side. Today’s world seems to delve deeply into this form of verbal brawl, where stoic opinions define propaganda.

The room for discussion shrinks as the opinion becomes all important and the need to prove ourselves right takes center stage. The result is that we’ve all become entrapped in bubbles of our own and are impervious to the realities that we do not wish to see. Debate then isn’t defined by argumentative questions. It slowly becomes defined by blind statements. Statements of for or against and that’s a scary world to live in.

LIFE IS TOUGH
HOW'S THE JOSH
LIFE IN THE TIMES OF CORONA
CULTURE SHOCK
BAKKAR. CHAI. SUTTA
LET'S FACE IT