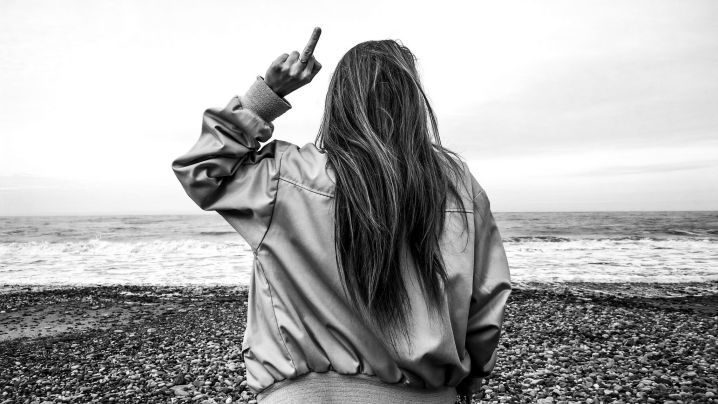 Recently, one of India’s biggest corporate houses, which is known for its high professional ethics, launched a campaign to mandate gender sensitization at the school level. While I have no doubts that the brand is attempting to encash upon the existing gender inequalities India is facing due to its age-long socioeconomic fabric, which in turn exists as a result of inefficiencies of a particular gender in the long past.

While one gender can’t be blamed for inefficiency of the other gender because there were no such white-collar easy-going jobs during those times that could have been given to the fairer sex.

The jobs that mattered in those times needed a lot of sweat and blood. These blood and sweat demanding jobs were mandatory for those looking to earn daily bread for themselves and for their family members. It is worthwhile to mention here that those who earned would also end up sacrificing their lives while protecting their family members.

The less physically resilient gender resorted to taking care of the home and it further strengthened every family member irrespective of the gender. We forget that it’s the back-office work that holds more significance at times than the front office work. But over a period, with the evolution of service industry and the rise of the computer age, physical strength is no longer required to take the lead. While most Indian families today want their daughter to go out of home and lead her life independently, to be given all the opportunities that any other person could dream of.

At the same time, we forget that no two individuals are equal and there can never be true equality; all we can do is strive for fairly equal equity.

But are we genuinely striving for equal opportunities? Going back to the example I mentioned in the beginning - The ad promoting the umbrella itself is a conglomerate of many giant organizations. Do they have an equal number of men and women employees at their work places? No. Why? Well, nobody asks them why. The advertisement is a part of their regular promotional activity for their product range. The success of their campaign should be credited for properly segmenting the Indian mass and targeting them softly.

Every business entity today likes to bathe in the rising tide of feminism and women empowerment because their consumer base is primarily dominated with that gender.

If you didn’t understand how cleverly the campaign has been placed to promote their products, then you have missed the true essence behind it. Every year, almost two lakh crores of tax payers' money is given to Women and Child Development Ministry. This much money is sufficient to eradicate poverty for decades. But even after seventy years of independence, we are still here complaining that Indian women are living a pathetic life. Do we even bother to ask our respectable ministry where the funds are utilized and why the situation of Indian women is still the same? NO. As per former DCW chairperson, huge financial frauds were strategically executed during the Nirbhaya incident

We Indians are very sentimental. All we need is a tide of emotions passing by and all of us conveniently get drowned in it, baring few cunning people who claim to lead us, and then again they bring us to the same pathetic situation of ours so that more and more of our taxed money is spent in such frauds that are not monitored by any means.

Coming back to my question: are we getting equal opportunities? No. Most of us certainly aren’t. Courtesy our 'National Divide & Rule policy', in India we take birth as not human beings but as an instance of a caste or religion, which gives a sense of fake pride to a handful few whereas a sense of deprivation to the majority. Add to that, a new growing instance called gender, which has finally started mattering to many of us. Right from birth, boys are taught to respect girls but do we teach our daughters to respect males? Equality can’t be taught at schools; it must be taught by parents starting from home. There is tough competition among kids right from the tender age of 2-3 years. Because of this, our children (mostly males) are suffering from depression.

We should be ashamed of ourselves, because we don’t allow our boys to cry, we don’t let them be vulnerable even during their early childhood. We tell our boys there is nothing to acknowledge emotionally, and then wonder what has gone wrong in our society where men have emotionally shutdown and are afraid of recognizing their true feelings.

How does our society think this is fair - a reward from a meritorious child is snatched and given to another child just because they have a gender difference? Making reservations for girl child in every aspect of life not only is doing injustice to deserving children but giving crutches to non-performing girl children who are getting so used to availing incentives without any efforts, that they often cry victim to gain attention and get rewards as a compensation for their crocodile tears.

The brunt of this is directly being faced by our Judiciary which is piled up with a huge mountain of fake cases filed by unscrupulous Indian women.

A brainy section of our society saw a lucrative business proposition by showcasing India as a nation of women who are deprived of all the necessary things to survive and are treated like livestock. This coterie of hard-core feminists, due to their politico-legal influence, got almost half a century worth of women centric laws passed. These gender-biased laws are so loosely drafted that even a lay man would understand that it is not to protect the fairer sex but to promote legal battles among the two prominent genders.

The same coterie of feminists have opened up legal services organizations anticipating a tide of such legal cases. Guess who benefits from such cases? For every single offense reported by a woman, a package case is offered by the police and lawyers.

Unfortunately, the accused man is then put behind bars before he even has a chance to realize that it is he who is the victim but still he will be punished by our legal machinery just because he is male. Are we blinded so much in the wave of feminism that we have completely forgotten our sons? By making mandatory the so-called gender sensitization programs at school, what are we going to achieve?

Do we want our boys to grow up feeling ashamed of their gender?

By projecting one gender superior to other, such teachings at a tender age would push our upcoming generation into depression and more male suicides would take place. India holds the dubious distinction of one of largest male suicide nations (more than 90K in 2015 itself). Teach your children to respect a person, not a gender. Such gender polarization of society is not healthy for a progressive nation like India.

We should take examples from developed nations like the United States, where equality means equal opportunities to everyone, irrespective of their gender. For God’s sake, don’t make our kids fight over their genders. Amen!

LIFE IN THE TIMES OF CORONA
HOW'S THE JOSH
LET'S FACE IT
YOUR STORY
BAKKAR. CHAI. SUTTA
CULTURE SHOCK