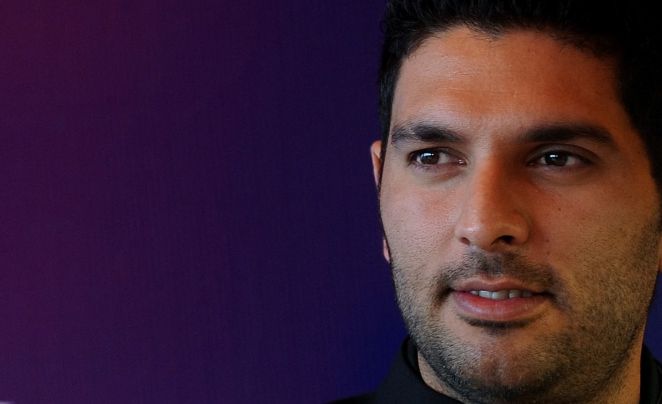 Dear Yuvi,
It had been a long wait. 5 years and 9 months to be exact since the world saw you score an international hundred.

And believe me when I say this, it was a long and a hard wait.

As a kid who grew up watching your exploits on the field standing at point and while batting, many or rather everyone born in the 90's is a proud fan of yours.

Your passion, your commitment in the field, your ability to win matches single handedly appealed to our generation like Kohli does to the 10 year old boys today.

Therefore, the last knock you played brings me and many others from my generation a lot of personal joy. We owned the knock just like we treat you as our own.

You might be wondering what we were doing for all these years while you were out of the side due to either health or form issues! We were crying with you when the entire media held you responsible for the loss in 2014 T20 World cup. We were following your heroic performances in domestic cricket.

We were running campaigns on social media with #BringBackYuvi hashtag when you were dropped from 2015 World Cup squad even after having had a scintillating Ranji season.

We were daydreaming about a sensational innings that you would play when you'd come back. We then shouted with joy when you were selected for 2016 T20 World Cup and the agony struck us again when you got injured before the semifinals.

We kept daydreaming of a Yuvi special. We were ridiculed. We felt hurt every time a controversy was blown up regarding your apparent rift with Dhoni. We had silently begun to accept that we may never see you again waving our tri-coloured flag oh-so-proudly when an unexpected turn of events happened. Rohit Sharma got injured. Raina and Rayudu started to fail and you started to go berserk in Ranji season.

Dhoni resigned from captaincy and Kohli took over.

And finally, when we were keeping our fingers crossed, you were selected for the ODI and T20 team. You showed glimpses of good form in the practice match but faltered to deceive in the 1st ODI and once again the doubting Thomases came out of the hiding and ridiculed us saying your inclusion was only going to take the Indian cricket backward.

They are silent today. Or perhaps became your fans all over again. My daydream has finally come true. Our prince in shining armour has delivered and how! But, it's just the beginning.

We want you to continue playing in the same manner for a few more years. Even the haters know that you are India's lucky charm when it comes to winning major tournaments.

Your fan for life,
Devashish.

A young doctor, creative and rebellious but in the heart of hearts I am just a story-teller.