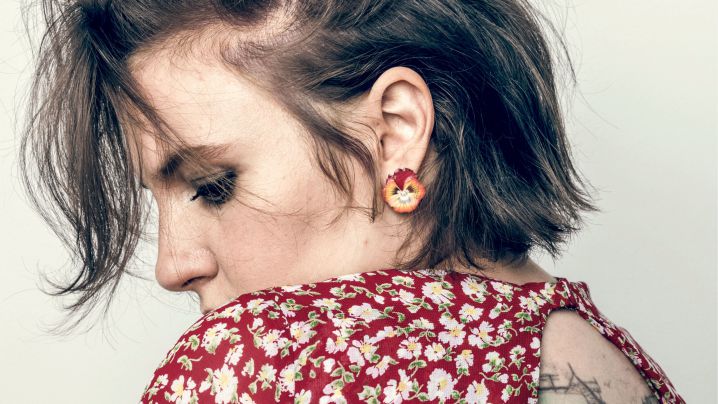 There are two kinds of women in this world. Yes, you might have heard something like that before and it always seems to come from a person who tends to think they are better than everyone else. But this time, it is quite different. This time, it comes from a person who has lived through and experimented more than she is proud to admit. So, here I say - There are the two kinds of women in this world.

The first kind is the one that doesn't care about what people say or think about them. They love the attention no matter whether it's positive or negative. It's almost as though they don't mind being spoken about in any manner and it doesn't bother them one bit that they can't control what's said about them. If you still can't figure out who I'm speaking about, then let me help you out a little bit. It's the ones who use their body and additional aids to pour out into social media to have every man out there, no matter the age, double tapping a lot more than just her picture. Yes, you know the ones I am talking about. You're probably even one of them and if you are, you should stop reading before this gets ugly. But who am I kidding? You'll love this since I'm playing to your narcissistic side. Let’s talk a bit about this woman. She thinks she's got the brains AND beauty but she doesn't. She spends so much of her time on social media and in front of the mirror that she can't really get time to dig deep on a matter to actually have an educated opinion on anything. Her opinions are blasé or probably borrowed from someone. I know, this does sound like I'm shaming this particular kind of woman.

Well, at the moment, she's not really my favourite. Here's why.

I have had the chance to actually be this woman but through my journey I came to the conclusion, several times, that woman like these have a very thick skin, but are very shallow and more materialistic than normal. I have had men hit on me. This is when I don't even make an effort. When I do make the effort, I get more attention than I can handle. This may sound great but it isn’t. Because you have no control over how a particular person to feel attracted to you. Instead, you sometimes find attention from the last people you want.

Then there are the ones liking your pictures posted over an year ago in the middle of the night. It makes you wonder what they were doing stalking your profile so late at night. The very thought makes me nauseous.

I must admit that I loved the attention coming from a man I always had a crush on. But that didn't last and it felt more temporary than the morning light. But unlike the morning light, there's no assurance that he's coming back. All this still left a big empty place inside me even after the momentary high that I felt. I became unhealthy for them and it was not one bit worth it. I changed my body; I changed my hair and changed my habits. After all of which I get a temporary pleasure which did not fill that void. It was like selling your kidney, going through intense amounts of pain, and using that money just to buy tickets to a hyped but underwhelming show. What I am trying to say is that it was a waste. At times I didn’t even mind being objectified because knowing someone is turned on me gave me a fleeting sense of power. I felt that objectification was par for the course and was going to happen any which way. Men are just wired like that.

But I realized that it wasn't me that turned them on. I was just the image upon which they projected their perverted fantasies. The realization took its time to dawn upon me but once it did, it was like being hot with a ton of bricks. I was heavily let down and my stomach and made me feel nauseous again. Here I was, feeling more miserable about myself than ever. I hated every inch of my body and every bit of my existence.

Being the first kind of woman did not work out.

Let’s move on to the second kind of women. They are the safe kind, in my opinion. The kind of woman that has confidence within her but bends more towards the introvert side. This woman hides from the prying eyes of men. From the men who only see you like a piece of meat irrespective of whatever substance lies within you. This woman reads and educates herself. She respects the sanctity of her body and has a very limited (safe?) social media presence.

The kind of women you would think that men would respect, right? Well, you couldn't be more wrong.

This is also something I tried and tested. I put on weight and wore glasses. I didn't bother grooming myself and wore the most traditional/conservative of clothes. I did not feel comfortable but I thought I was safe. Because we're always told that women who cover up are less prone to the prying eyes of men. This is a lie. Well, it turns out that you just attract a different breed of perverted men. They enjoy undressing you with their minds. They get turned on by what they don't see!

When I realized this, I wondered if there was no way to escape this? I just wanted to disappear. Whichever path I chose, I always end up with the same kind of emptiness and disgust that put me on this path in the first place. All I ever wanted was a relationship with a man who adores me for who I am. I wanted a man to desire me but also respect me. Someone who cares enough to get you into the mood before actually making a sensual move. Not the sort of jerk that calls you and expects you to undress the minute your phone rings.

Going through all of this took the fun out of intimacy and sex more so than ever. I wish it was biologically in my power to swear off men. But sadly, these needs and drives don’t die. I had to find a way to release it without pain and hurt. I got on the treadmill and ran off the urges until I felt nothing. I lost the weight and got treated for the acne that I had got from the unhealthy eating.

I listened to my favourite music and wrote my thoughts till I dug deep enough to find a scrap of myself again.

It was like I could finally breathe. After that, I knew that men tried to bring out the worst sides in me, to a point where I didn't know who I was anymore. Those two kinds of women in the world exist because we try so hard to please them and seek their validation that we lose control of ourselves. I'm never going to give up my body for the sake of a few minutes of high from a man ever again. I trust myself to never fall on that path of validation because my wounds are deep and will never heal.

When a sense of validation of the self and a sense of esteem is derived not from within, but from external factors (especially social media), it can play havoc with the mind as well as your body image. Share This Story if you feel that a woman's self-esteem should not be linked to men's opinions.