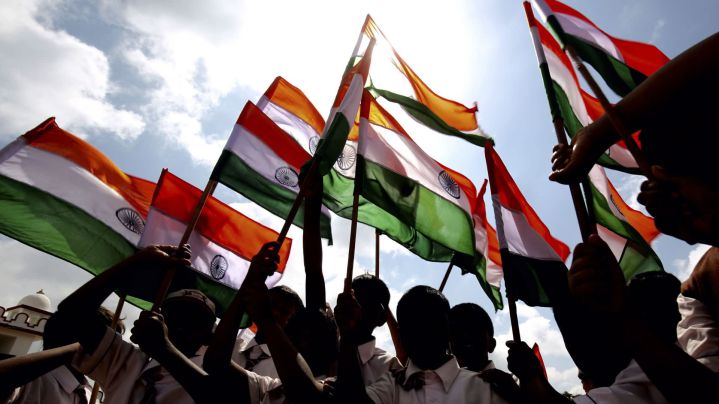 So just a few days ago the Supreme Court came up with yet another dubious decision. Making it mandatory to have theaters play National Anthem before every movie.

I thought and re-thought before I finally decided to pen down my thoughts on this particular subject. I mean it's not easy to digest the surprises our government throws at us every now and then. For starters, I have nothing against the national anthem.

However, the Supreme court's decision is bereft of any logic or sense. And I'm not sorry. I understand that every petition has to be heard, but not every frivolous petition deserves the apex court's time for 15 odd years.

Don't get me wrong, National Anthem was my favorite part of the morning assembly at school. Standing erect and looking into the distance in those 50 odd seconds were a ritual that didn’t change for 12 odd years. Those 50 seconds were mine and mine only and it did make me feel for my country.

But as much pride it instilled/instills, it cannot be treated as a yardstick to determine if one is patriotic or not.

Should national anthems be played in the same theaters where you have women-objectifying dialogues and innuendo filled songs? I don’t mind it, but how about the petitioner who asked the same question in court?

And what totally baffles me is that they have to be played in theaters. Why not colleges, office buildings, stadiums, religious places, pubs et al. Are these places any less pious or are they devoid of patriotic people? One idiotic petition is not what the country wants to be sitting on SC judge’s table.

We have far more pressing issues that require swift justice and relief.

I bet >95% of the population doesn’t even know the meaning of each word of Jana Gana Mana written by Tagore. Why try to fix something that isn’t broken? The citizens ought to feel patriotic and not be made to feel patriotic. That's not how a democracy works, my friend.

A global Indian :) , born in the north, bred in the south. A blogger, photographer, runner and a social commentator. Live and Let Live. Hate hypocrites and pseudo liberals. No religious/group allegiance.