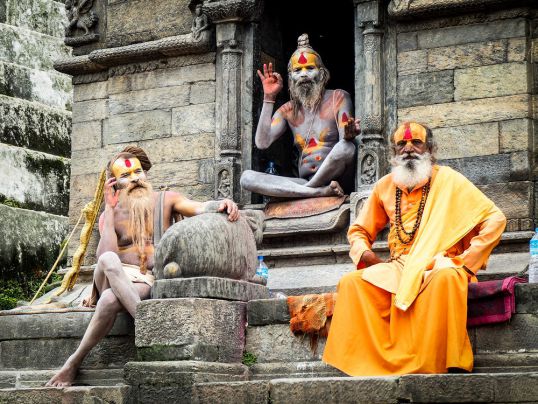 What is Ram Rajya? I hear people, politicians and even journalists and Hindu groups say that we want a Ram Rajya and Ram's dharma in India. I agree but do they know the meaning of the phrase? Do they know what Ram actually did? I am sure they don't because if they actually did, politicians wouldn’t be fighting for Ram's mandir in Ayodhya, journalists wouldn’t make a news out of it, and common people like us wouldn’t buy their crappy news and vote for them in return.

Here I am not trying to be biased or speak against a particular political party.

I am and will always be against every politician because every one of them is the same. I call them thug people. Bajrang Dal, and these anti-Romeo squads, anti-love squads, and different other groups who say love is adharma and then go about hating another religion for no reason, they consider that dharma. According to them, raping a girl is dharma because that’s what we see these days, right? Rapes and more rape cases all over India!

For them, building the Ram Mandir is dharma.

Hindus are nowadays shaming their own religion. Why and for what? Who would respect you if you don’t respect yourself or your religion, right? My thoughts about Ram, his ideologies and the Ram Rajya are pretty simple. Ram wasn't against love, he didn't support the criminal and shame the victim like our politicians and journalists do. In Ram Rajya, people respected women. But yes, if a woman was wrong she was punished.

Respecting a woman doesn't mean you support a wrong person looking at the gender.

My whole point is during the Ram Rajya, women had their respect and given an utmost hierarchy, they were treated with loved and care. Most importantly, they weren’t raped. The women too were respectful towards men and supported them in every part of life situation. Ram was always with and for dharma. For him, dharma meant respect, love, and truth.

Instead of running behind the Ram Mandir in Ajodhya, we should instead begin by inculcating the ideologies of Ram and his way of life. Then we can go on to make a mandir. I wouldn’t deny the fact that Ram Mandir is very important for Hindus but first we need to follow in his footsteps and learn the value of life. Ram ko apne dilon me basao pehle, fir jake dusra sab karo.

I have also seen Hindus saying that they feel ashamed if some non-Hindu is attacked or any girl is raped.

Now tell me why does a Hindu need to feel ashamed about it? Did they commit the crime? No, right! Shouldn’t they be more concerned about fighting against the adharma and do something about the wrong happening around? If a woman is raped or a non-Hindu is attacked, fight for their rights. But I repeatedly say this, don’t just blindly fight against people who hate you silently, or support the women who filed a case against someone. First, find out the truth and then go for it. Don’t just have blind trust and faith over something – ki nai vo log galat ho hi nahi sakte. Ye soch patan ke marg pe le jaati hai. Use your brain and then act on it.

Ram was a dharmic person and so was Hanuman. They respected people from every religion, every section of life and gender too.

That's the reason Ram even took the help of Vanars for his fight with Ravan. But they also punished the people who did mistakes. Ram punished and shot an arrow at a Rakshasi woman because she was wrong. Initially, he thought that since she was a woman, she needn’t be punished. But then, his guru advised him that a wrong is a wrong and regardless of the gender, one should be punished. Ram and Hanuman even punished the Rakshas and Asuras.

Follow Ram's true ideologies and teachings and know what Ram Rajya was about.

Pehle Ram ko apne dil me basao, fir dekho Ram Rajya apne aap hi staapith hoga. And by teaching people his ideologies doesn't mean you force that on them. It’s up to them; you can't beat or scare them to think exactly like you.

Agar vo insaan galat soch wala hai toh samjhega nahi. Simple - Vinash kalai viprit buddhi. Rather do it out of love with love. Follow his teachings and people will follow it too.

Share this story, because it opens our blindfold against all the irrational decisions we make in the name of religion. Religion is about one's faith and that doesn't mean we shouldn't respect another religion.