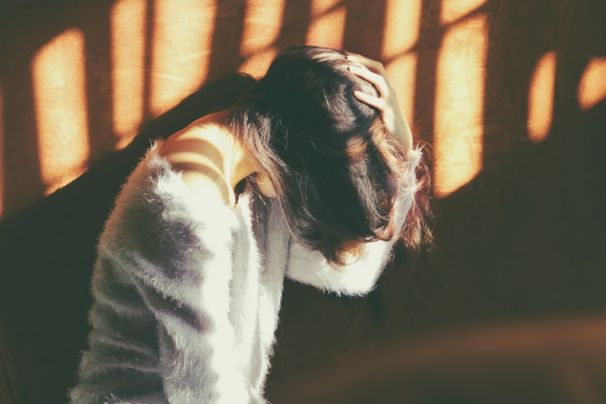 Depression and anxiety are monsters. They feed off your life until you can't remember a time when you smiled. I've been suffering from depression and anxiety for over 4 years now, and it's not getting any better. The first time a psychiatrist diagnosed me with depression, my mom freaked out like I had gone crazy.

I guess the stereotypical Indian child is not supposed to have stigmatized illnesses like depression and anxiety because it's usually classified as “crazy made-up stuff”.

It took my mom 2 years and my constant decrease in academic performance to finally take me to a psychiatrist again. And yet, my father isn't aware of the fact that I'm visiting one. It's a taboo to even utter the word "antidepressants" in my family. When I tried speaking to my sister about this, she told me that it was all in my head and I had to "get over it". This is the mentality of a modern Indian family.

But the truth is, people with mental illness are the ones that need more support and understanding, especially from family.

Scientifically these are caused due to the chemical deficiency of serotonin but it's hard to convince yourself of this fact at 2 in the night when the voices in your head just won't stop. Depression is when you're not motivated to do even the simplest task like getting out of bed, feeling like everything is pointless and life itself is aimless. It's not laziness, it's your mind fighting with itself to simply face the day. Anxiety is the other side of this coin, where you worry about every insignificant detail, like what your sister said 3 years ago or what you told someone 5 months ago or whether you are good enough to live. Most times it's like a voice that knows all your insecurities and keeps putting you down.

There are days when I can overcome it and survive the day and there are days when I end up in the bathroom with a blade in my hand. Self-harm, as most think isn't for 'attention', because for the most part, my scars are in places where no one would notice. People cut in one of these 2 situations, one, they feel an overwhelming flood of emotions like frustration, anger or sadness or a mix of all and when they cannot contain these volatile emotions they cut themselves, in a way to let the demons out. The second is when they are feeling so numb that they want to convince themselves that they can at least feel pain.

Everyone without these illnesses say that we'll eventually overcome it and thrive in our lives. But ask anyone who has ever had it. They will tell you that it's a monster that you can never escape, because the monster is inside you.