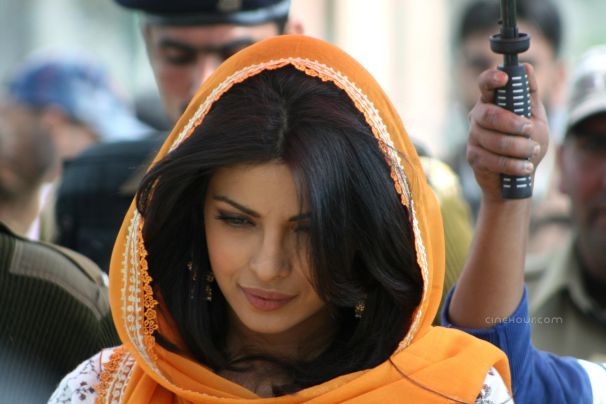 But I cringe every day, every hour, whenever I read the news and for this very reason I have stopped looking at the notifications from a leading news app on my phone. The situation for women in this state is not improving, I am not a ‘feminist’ but the sexual harassment cases against women have only been increasing.

A few days back, I was watching a web series, “The test case.” It is a very well-made series with 10 episodes and portrays the female protagonist in a very strong light. But something in it hit me so hard and deep that I think about it every few hours. Those who have seen it would understand what I am writing about. The protagonist in it wants to enter an area where the tagline is, ‘we make men out of boys’. She faces a lot of hardships and keeps pushing herself to come neck to neck with the men.

When she leaves her house, her mother is in support of her but gives a word of advice, “the girls of this country are moving forward, but not the boys, they still can’t accept a girl excelling over them.”

During the course, as she is heading a team and one of the men can’t take the orders coming from a lady, he decides to teach her a lesson. Now there are no prizes to guess how he does that, he sexually assaults her. Why am I narrating the story of this web series here? Well, because these two incidents make my heart swell with pain every day. The word of advice from her mother was so true, as I have experienced this in my life too.

A major part of our country’s male population still feels that they are superior to women. They can’t accept the fact that women can be better than them.

Why so? Because every time a young boy cries, he is told, “boys don’t cry”, “why are you crying like girls”, “boys are strong”, “you lost to a girl!” We directly say to them, girls are weaker and we instil this idea in the young minds early on in life, itself. Which is the best way to pull a woman/girl down? Simple, sexually assault her, and deface her.

This again rings so true and close to home, a girl says no to a love proposal, or she’s excelling over you, then rape her, attack with acid, sexually assault or harass her and she will never try to come up after that. She will never raise her voice against you as it will bring her shame.

The men out there reading this, I know a lot of you would be commenting that “all the apples aren’t rotten”, which I agree to. But you can bring some change if you are the ‘good apple’ by stopping, discouraging, and reporting the ‘rotten apple’. Throw out that bad fruit that's ruining your entire basket. It’s not her fault that you have a big ego, if your love is one-sided, or if she is more intelligent, more hardworking, if she is walking alone with determination, or if she is making a name for herself, if she wants to follow her dreams, if she wants to be happy, if she wants to smile.

Forgive her for being complete without you. She is a human being, just like you. Let her live. Let her laugh.

P.S. At the end of the web series, she proved her mettle over the man who sexually assaulted her, but it left her with a scar on her soul.

Share this story because unfortunately even in 2018, some women are asked to apologize for just being.

YOURS GEEKLY
LIFE IN THE TIMES OF CORONA
LET'S FACE IT
STOLEN DIARIES
The Golden Bird
BAKKAR. CHAI. SUTTA