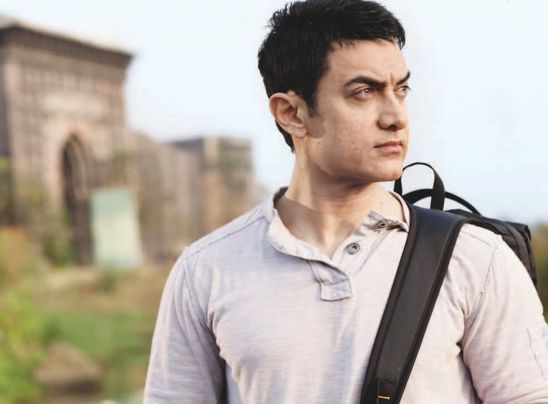 Dear Intolerant People,
12 hours and some minutes later, I just want to say I can't take this anymore. No I’m not a fan of Aamir Khan. I’ve barely watched any of his movies. But that's not the point. I respect him. For his work. Very much. He’s the man who opened thousands of eyes with Satyamev Jayate. Just because he earns buttloads of money with his controversial movies, it doesn’t make him any less of a human than we are.

Let us focus on Aamir Khan’s words here. "When I chat with Kiran at home, she says, 'Should we move out of India?' That's a disastrous and big statement for Kiran to make. She fears for her child. She fears what the atmosphere around us will be. She feels scared to open the newspapers every day."

Read it again, with your brains this time. Kiran, his wife, a mother who is worried about her son’s future and safety said that. Aamir Khan himself finds it a disastrous and big statement for his wife to make. But that’s what the happenings in the country has brought them down to. Every person has had that thought. Even the ones who love India very much. We are human beings after all. You, me, him, his wife, his kids. We all think about survival. Mr. Khan just had the balls to say it on public media where thousands of citizens are watching him.

Let us focus on what he said. Again. For your respectable stupid minds. Kiran did not ask him to move out of India. She just expressed a thought, her fear. Why are we overanalysing it? Yes Aamir Khan is what he is because of our money. Because we choose to watch his movies in the theatre. Our choice. We made him what he is because of his work, we didn't do a favour to him if I may point that out. We haven’t given him a reason to walk out. Nobody pointed fingers at him and his religion during the 26/11 attacks. He is being accused for a statement his wife made. WIFE. Did he entertain the question? No! He finds it 'disastrous', for God's sake.

He is the brand ambassador of Atithi Devo Bhava campaign in this country. He's the man who cries on his show every time he sees a fellow citizen's life ruined because of discrimination on the grounds of any and everything in the society. He is the man who has helped people get their court cases fast-tracked in a judicial system like ours through his show.

How many times have we opened the newspaper and been absolutely disgusted by the news in it? How many times have we been advised and have advised our friends, relatives and kids to stay safe? We are scared too. Some of us at least. Because we live in India, a land that is very very scary in today's time. Of course other countries are facing worse times and that just puts us on the edge of our seats. We are scared for our family.

When we read about a toddler being raped, who wouldn’t feel scared for all the kids they know? What he said in front of the cameras, the discussion he had with his wife, everything proves that he’s human. He’s probably one of the very few actors to talk complete sense. But what do we do? We stand for the exact statement he has made — his wife is scared to see her children grow in an Intolerant nation like this one.

The nation may have made him Aamir Khan but I think he has done much more to give back to the same intolerant nation he has been fighting for, for a while now. All of us give up at some point, all of us get shivers in weak moments, all of us are forced to concentrate on the negative side more than the positive sometimes. But by the end of it, we're all humans, rich or poor or sensible or intolerant, we all have hearts and it beats the wrong way sometimes.

Stop cornering celebrities who talk sense, just because you're not used to it. We live in a country where politicians blame chowmein for the rapes taking place, it's difficult to think sensibly I know but try, you'll get there.

You Think You Know Why India's Favourite Maggi Noodles Is Banned? Trust Me, It's Not "Excess Lead"