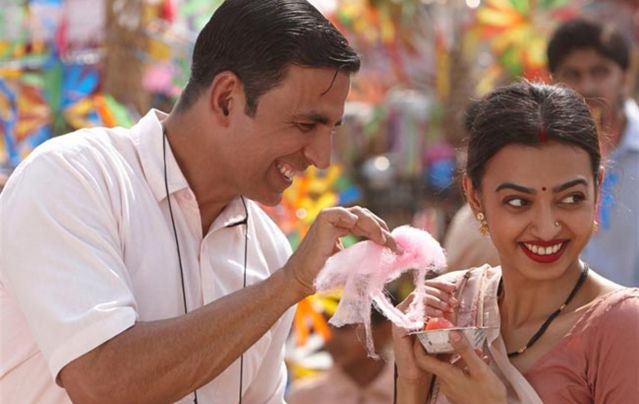 Have you watched the movie, Padman? I am really impressed by this movie as it is based on a social issue which is mostly neglected by women. Its importance is far, far greater than given credit for.

Since I have suffered a lot because of this, I am really obliged to this movie.

When I was just 9 and half years old, one day when I woke up in the morning and with a half-asleep mind I went to the washroom, I slept there for about half an hour. Suddenly, I heard a loud noise outside the washroom, I woke up startled and realised that I was in the washroom. I hurriedly got up and wore my beautiful white and pink flowered pyjama. I saw a red coloured dot there, my mind got confused because I could not figure out from where it had come. But again a loud noise came and I wore it quickly and went outside. I was thinking about it, but then it was time for school. I bathed and wore my white school dress as it was a Saturday. In school, P.T. started. Slowly I felt a strange pain in my lower abdomen, I felt uncomfortable and stopped doing P.T. I was very lucky as it was a Saturday, which meant half day.

When I reached home I told it my mother about the same.

Surprisingly, my mother didn’t react much. She told me that this is a normal phenomenon, every girl has to face it. And she taught me how to make a pad with cotton clothes. I thought this is the only way that every girl has to manage. I used up a complete cotton sari in a day and when I asked for more, my mother told me to use the same clothes again after washing. We are six sisters and all were having periods, so from where this large number of cotton clothes could be managed? I was extremely tensed.

How I would I manage this stuff? After washing the blood stained clothes, the clothes have a very stingy smell and although it felt unhealthy, I had to use it. We had no options.

It was so shameful and embarrassing for me to dry these clothes. It was really a disastrous menses for me as it had changed my life completely. Unfortunately, my periods were extremely problematic. I bled heavily and forcefully. My cotton cloths were not able to stop leaking. My condition was so worse that in a day, 7 to 8 times I had to change the pad but still, my clothes would get stained. Once I sat down, I didn’t want to get up because I might have stained the area. I was in mental and social trauma. I left my school for several days. During school time, I was literally crying. But no one was listening.

When my studies got affected and my teachers complained about it, then my father took me to a doctor.

But the medicine was not much effective. I would sleep on the floor with a bed sheet, along with my mother. Every night, my bed sheet and my dress were stained by my blood, and I would change it. My menses would come every 15 days, then eventually it became 10 days. I was swimming in a pool of blood. I became pale and weak. Someone told us about an ayurvedic medicine and I started it. Two years passed like this but no one thought about the medicinal pad which was needed for me to live a normal life. My life had become suffering due to my periods. After a few months, the ayurvedic medicine made its effect visible. Now the gap between my menstrual cycles was longer. In the beginning, the menstrual cycle started after 10 days then after taking medicine regularly, six months later the cycle time was 15 to 20 days. And in one year it became 25 days.

Finally I was availing a normal life.

Among all this suffering time, no one told me about the medicinal pad that could have given me a normal life in my school. At that time, the pad was too costly and we belong to a lower middle-class family and I was the youngest one. So, my mother took periods very normally and casually, she felt my suffering but her thought didn’t go towards the medicinal pad. She suffered with me but she was unaware of what she should do with me in that situation. Or maybe she didn’t want to discriminate between me and my sisters. But I had seen the pad in an advertisement. I wanted to use it but there was no way because it was very costly.

But at that time, money issue was smaller than the social stigma.

At last when I was in 10+2, a reasonably priced pad was introduced in the market. I was so happy and too excited to buy it. I broke my hesitation and bought a pad for my use. It was the first time when I used a pad. I was feeling like I was in seventh heaven.

I felt so fresh and light with great hygiene. I was really relaxed while sleeping.

From that day till now I am regularly using the pad which should be indispensable for every girl. I request all the women to use pads. Please try to convince at least three girls to use pads so that we can introduce a healthy life for women around the world. I request the government of India to introduce pad machines in every school, even in the small remote villages, especially there, in fact. This way we can make a healthy and happy India.

When women are healthy, only then the family can be healthy and happy. So please implement this at the earliest.

Share this story because it needs to be heard. This is why it is important to talk about issues that have a social stigma attached, talking about it will make it normal enough for necessary steps to be implemented.