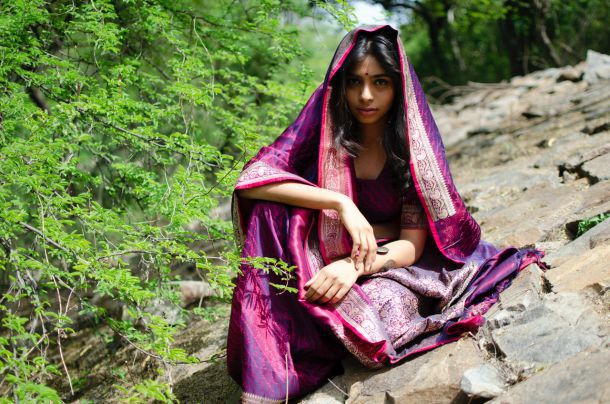 Kyunki saas bhi kabhi bahu thi should not be the answer.

After the CAA protests, riots in Delhi and now corona, I have decided to limit my exposure to news. Also, since I got a dust allergy from cleaning all those layers of dust accumulated over any kind of surface, I have confined myself to home for a week now.

As I am “sitting” at home after the submission of my thesis, my father thinks I should utilize this time and write something. He said I should write down my thoughts, by which he meant since now I have submitted my thesis on politics and visual culture, I could give political commentary on things happening around me. Maybe, he is expecting me to write about the politics in Assam, CAA, etc. But he doesn’t know that I have been meaning to write something about what affected me, affects me and will continue to affect me.

Here, I am taking the statement of the radical feminists “personal is political” quite literally and delving into the relationship between mother-in-law and daughter-in-law. I am not a daughter in law to anyone… yet. But, my mother has been one and she had a mother in law. When I am talking about this relationship I am deliberately leaving out all other in-law relations like, father in law or son in law, basically not bringing the other gender in this equation, because this relationship I am talking about is a whole equation in itself. The endless number of references from Indian pop culture films and Indian daily soaps (our very own K-series) is proof that, just like the theme of love, our people are fixated with this dynamic relationship.

I have grown up in a nuclear family which also included my grandmother and have constantly seen an unspoken play of emotions between my mother and grandmother. Father and I were pawns to this whole power play at home. And if you are a single child, its worse! Personal was definitely political. But did the radical feminists talk about this personal politics? No. They talked about sisterhood, none of which could be seen in this relationship between the mother in law and daughter in law. We as women were supposed to fight patriarchy together but that didn’t happen.

This dynamic at home might have impacted my psych while growing up. But, I guess a constant exposure to this kind of an environment would impact anyone. Since my mother was a working woman and definitely more successful (career wise) than my father, I always thought that it was my mother’s success that my grandmother didn't approve of. But never understood why. Now that I am almost passing by the “right” age to get married, I see my friends getting married one by one.

So in our get-togethers we talk about “married life”. And they have nothing else to talk about if they have mothers in law. In one of these small get-togethers I was given the advice that instead of getting to know the guy, try to know his mother. I have heard horrid stories of how the mother in law would mentally torture the daughter in law and all this torture is not for any dowry because these are quite “progressive families” who would shy away from the mention of the word dowry, with halos glowing over their heads. However, they would not mind if the girl’s family "gifts" them some things. Anyway, that’s a different topic altogether.

This is not at all a new story. It has been told and retold with as many twists as Komolika would do to the strands of her hair with the most villainous look she could give. Just as love, popular culture appropriates this particular human relation to the fullest, and daily soaps have taken it to its helm of representation. It’s not just popular culture in India, but also Hollywood which came out with the most audacious movie title “Monster-in-law” starring Jennifer Lopez. So many stories, fiction and real experiences, with the same antagonistic relation between two women, connected through a man, tells a lot about the world that we live in, and I could pretty much generalize this.

When I asked why is it the same story for everyone, friends say its nature. But why? Why are we naturalizing it? Why is it normal? Why is it that most girls who get married expect an antagonistic relationship with their mother in law?

The answer lies in patriarchy. We normalize, because we think it is normal to fight over a man’s attention. We normalize because we live in a structure of patriarchy and how much ever we educate ourselves, become economically independent and progressive in ideas, we have hardly scratched the surface of this structure. In this antagonistic relationship between two women, lies a bed of desires within every woman and this desire is to be heard, understood and empathized. And if the attention is coming from a man, it’s the woman’s access to power which would not be possible or difficult on her own because of the very structure.

The mention of power might have derailed some of the readers, not a pleasant word to deal with, always associated with masculine bruteness. But let’s think of the term as a position in society women have been denied through centuries. Unless we question what we accept as normal, we are not going anywhere. And this “we” includes both women and men.

Kyunki saas bhi kabhi bahu thi should not be the answer, rather it should probe more questions destabilizing this cycle.

Articles like these make it clear that the youth of today isn't ready to accept the prevalent narratives just because they have been conditioned to do so. Help their voice get out. Listen to their narratives, for they make a lot of sense. But, if you think they don't, answer them. Let's start some relevant discussions.

Here's Why I Admire My Flawed Yet Perfect Mum

After All Love Is About Two Souls