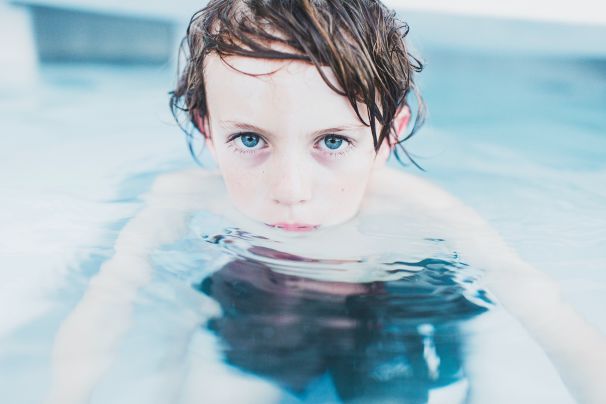 It was late at night. Clint and Anna were starting to raise their voices over a tiny matter, which was now something that happened every other night.

Little Luke, their 7-year-old son, was silently peeking from his bedroom as he did every time his parents fought, hoping that this would be their last fight and the sunrise would bring in a new positive day and a peaceful night.

But in vain! Each day it just got worse.

The two would barely speak, and when they did it would always end up in a major fight.

This made little Luke very sad. He loved both of them equally. How he missed the happy times they three spent together!

He used to be a bright and happy little boy; full of life and energy. But ever since his role models started their war, he changed into a shy, scared and insecure boy.

The two couldn't see the change in their little boy. They only focused on how they could point out each other's flaws to make their arguments stronger!

One day the fight worsened to the extent that Clint raised his hand on Anna and she did the same in return! Luke burst out into tears, knowing that this was not any regular fight; this was not what happened every night.

He cried himself to sleep, dreaming of the happy days, when suddenly he was woken up. "Pack up soon Luke, we are leaving."

"But where ma?" he asked Anna with eyes hoping for an answer different from what he expected, for even though small, he knew; he knew exactly what was the reason they had to leave.

"Don't you dare question me!" Anna showed her frustration on him. He just burst out in tears, but Anna couldn't care less. She dragged him in his nightclothes itself, sat in the car and drove off, never to come back again.

We tend to forget that kids are very keen observers. They see and understand everything. They are just unable to express it, but that doesn't mean that they don't feel it. They can feel your love, your hate. Your lies and truth. They may just smile it off or remain silent about it.

We get too lost in our world and ego at times, that we forget we have someone who looks up to us as heroes, for we are all they have.

So next time dear parents when you want to fight,
Try remembering who's watching you that night.

Try to keep it calm, try to keep it low
Your differences can be sorted out without letting the little one know.

You know best what to do and when you need to walk out of a toxic relationship;
But there's a way to do it, that won't harm your little angel and save them from losing life's grip.

So please don't be the next Clint and Anna,
Don't kill another Luke in your war!
They are too little to bear the emotional weight of all that happens,

For your mistakes or differences, don't make them forever carry the scar.

P.S: This story is based on a hypothetical situation. Any resembles to the character' names is highly coincidental. There are times we need the walk out of a toxic relationship. We just need to know how to do it in the right way.