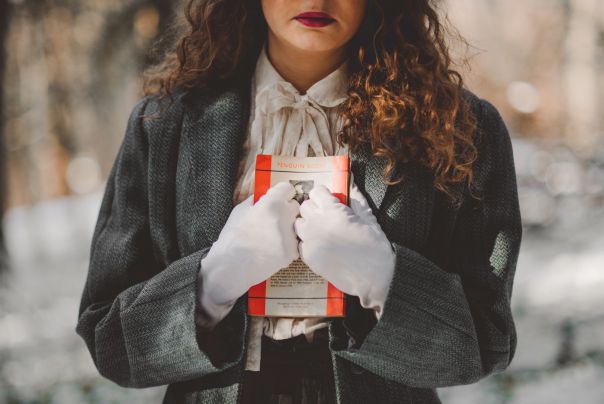 It was yet another Monday and Trisha hated waking up in the morning. Her roommate tried to wake her up. ‘It’s the first day of your First Semester!’ She exclaimed happily.

Trisha woke up after a few more attempts by her roommate, Divya. She got ready and dragged herself downstairs. After quickly munching on the food from the canteen, she walked ahead trying to find some means of transport.

It was a walkable distance from her hostel. She waved her hand at all the autos that went by. She even tried to book a cab on Ola. But everything went in vain. She finally found a humble auto driver who stopped. She was about to tell him her destination point but a young man also happened to stop by the same auto.

Trisha glanced at her watch. It was already 9.15 a.m. She didn’t wish to be late on her first day of the college. Thinking nothing further, she pushed the man aside and entered the auto.

‘St. Aloysius College’ she roared and patted on the driver’s back. ‘I am getting late.’ She added. The driver started the ride. She threw a sheepish smile at the man and went off. She could see his sad face in the rear view mirror.

He was tall, well built, dusky guy. The curly hair was his striking feature. Dressed in a crisp light blue well-fitted shirt and black formal trousers, he looked handsome.

The driver opted for a longer route and wasted fifteen minutes. All this while Trisha tried to rehearse the excuse that she would be feeding the lecturer. She believed that first impressions are the lasting ones.

The driver finally dropped her after twenty five long minutes. She immediately regretted being lazy. ‘I should have just walked. I would’ve reached early.’ She murmured to herself.

She lost some more time trying to find her class. Another glance at the watch and it was 9.55 a.m. Her first impression on the lecturer was out of the door anyway. The class was about to get over.

She walked towards the college canteen and ordered noodles and coke. There he was, munching on boiled eggs. ‘What is this guy doing here?’ She pondered. He looked at her and maintained a straight face as though he had never met her.

Feeling very guilty of her own actions, Trisha walked up to him but instead of apologizing, laughed at him. Something was really contagious about the way she laughed. He too joined her sportingly.

‘Neither you nor I could make it on time.’ He said. She nodded and talked about her next class which was English literature. She looked at a book in his hand. ‘Tess of the D'Urbervilles!’

‘Wow that’s one of my favorites. Have you read it?’ She asked. ‘Read it? Oh I can take classes on the same.’ He replied. They both chatted for some more time and parted their ways after the bell rang.

Trisha’s attention was caught by the beautiful paintings on the corridors. The final bell rang and she rushed towards the class. Damn! Was she late again? The lecturer was writing something on the board. ‘May I come in Sir?’ she asked meekly.

‘Yes Miss. You may.’ He said turning to look at her.

She was shocked to see him. He was the same guy she met that morning. She entered and sat on one of the last benches. He behaved like a complete stranger. 45 minutes passed by, the bell rang. He walked off as though he had never met her at all. Was he the same guy she met and spent her morning with? Now he failed to even acknowledge her presence. 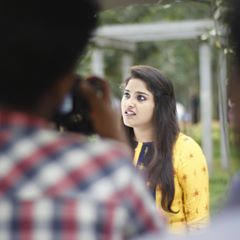 I am a compulsive story teller, an author of the published novel called 'Are you magic or am I a trick?' I am here to narrate few untold stories.