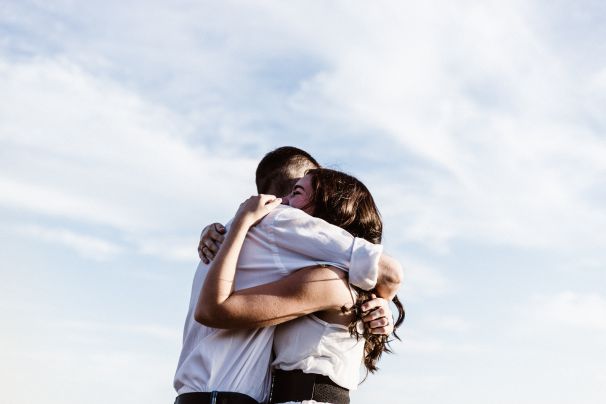 She was one of the most beautiful and intelligent people I have ever met in my life. Not that I had insisted that we get into a relationship but we met, we spoke, we liked each other, one thing led to another and I was into one, even before I could have an action plan for my future. I had just started my own brand and my journey from an employee to an entrepreneur was just taking effect.

I have always been an extrovert, jumping places, meeting new people, embracing toxicants whenever I had the time to. On the other hand, she was an introvert, socially uncomfortable, had a circle of a few friends and a closed group to hang around with. I was the first person she had ever dated. Her idea of a romantic relationship in life was to marry that person she date.

If you could date him, you can marry him too. No?

In the beginning, like all other love stories we hear, life looked down upon us like a rainbow on a rainy day. Ignoring the suggestions of close friends, we used to be in each others' arms every single evening after work. I even introduced her to my family so she could spend her Saturdays at mine, away from her house which, she felt, had a stricter way of life.

Days became months and our unspoken differences started to surface. Both of us made peace with our fights as we couldn't fathom staying apart. She asked me about marriage and I was clear at that point, looking at my career and the financial goals at that point that it would be a bit too early for me to commit to that front. Plus she was from the high-income group so I decided to sit her down and explained to her that if we did end up pushing it, clashes would start to appear. Not that I was certain about it but any family would want their daughter to have an equally stable match for life.

Yet I promised to hold her close and assured if our relationship withstood the sands of the time she would be my partner for life.

After that, everything was smooth sailing and a year turned to two. By this time, my business was almost 3 years old. She was blooming into a natural in her own sector and new doors opened for her professionally. Soon she became too pressed in her work. By this time, under my tutelage, she started accepting that there was a life beyond the four walls and she needed to have a social circle, a new set of friends as her old ones started to grow apart. Some due to work, some purely because they despised our relationship. Soon, my friends became her friends and she got new ones too.

By that time, both of us had already come to be dependent on each other in our free time, but because of the then-current situation, we couldn't devote enough attention toward each other when required as work kept us busy. We weren't satisfied with how things were going and we wanted to stop this constant bickering in life so I stepped up and decided to end it all. She wailed and she cried, I couldn't see her down and moreover see her in tears so I shifted my ground to hers and went back. 6 months later, the differences started to reappear.

Our sensible questions started to look like mockery to each other. Soon the environment grew more toxic. Insecurity and incompetency started to become the crux of the majority of our conversations. The world which looked like green Earth started to become devoid of water leaving us red-faced like Mars.

One unfine morning she called to break up with me. I was the wailer this time but she was stronger than me. She did end up breaking up for good.

I was extremely angry and upset. I wanted to hurt myself or someone for my loss. Two months after my breakup, I got the news that she had started dating a friend of mine. I started inflicting mental wounds on myself. Questioning every bit of the connections I had made so far in life. I started cutting down on the people I trusted.

Thanks to a few sentient beings around me, I could get out of that state. Today, it's been more than 20 months and I am glad that I suggested to her that she blocked me on every platform I could get in touch with her. Recently, she unblocked me but I don't find the need to talk to her anymore.

I saw her picture and smiled. I guess she is still one of the most intelligent and beautiful people I know. I wish that all her wishes in life be fulfilled. I still wish she finds the love that she deserves. If she does ever find the need to be around someone, I will always be there for her. The first time in life I have friend-zoned a person I fell in love with.