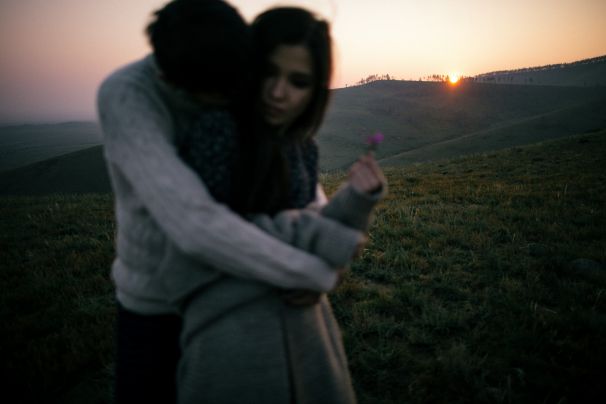 "Meet me in class on Monday. Come early, okay?" My heart was pounding. We were 16-year-olds and we had known each other for six months now.

We met at a tutorial class, but we got to know each other at a coffee shop, drinking black tea. Vibrant and full of life, our conversation was endless. One afternoon, we decided, that six months from today, we were going to tell each other the names of who we liked.

It was an enduring time, every day in those six months, I wanted to just tell him that it was him but somehow controlled myself.

I knew he was restless too, we would try and guess names, ranging from our common friends to classmates, but we were so, so wrong! And I’m so glad we were wrong. Finally, the day arrived.

We were on the same table, in the same coffee shop, drinking the same black tea. Somehow, he convinced me to go first. I couldn’t handle the adrenaline.

“YOU! It’s you. I’ve always liked you- since the day we met, since the day you asked me, every day after that… I’ve only thought about you.” I said that, and froze.

I didn’t wait to hear his name, or notice his reaction. I ran. I’m not joking, I ran. Into the crowded street and straight on to the bus that would take me home. The next morning, my landline rang.

A familiar voice on the other end, “Why did you run away yesterday? I thought you’d come back. Listen, I want to tell you something. But not like this. Meet me on Monday, come a half hour early.” With butterflies in my stomach, I hung up.

Somehow, Monday morning arrived. I reached a few minutes early. I was more than anxious. I walked around, looking for him and just when I was sure that he’d forgotten about meeting me early, a cricket ball came flying out of nowhere.

"Hi! You’re here!" He had that smile, the same one that got me six months ago, when we first met. He was very composed, and I, the complete opposite.

"Look, I’ve been wanting to tell you this for a while now. I’ve been rehearsing this for days. Will you be mine… for the rest of our lives?" I couldn’t even breathe.

"Are you nervous? Come, let’s sit down before everyone comes." He found a place for us and I, nervously, followed.

"Why are we sitting here, what if someone sees us talking? What do you think they’ll say-" He cut me.

"Stop thinking so much! Look, if someone says anything to you, just tell me. Ok?" This wasn’t the first time he had scolded me for saying something silly. We had been close for over three years, so he used to always scold me for the things I’ve said. But that morning, there was something different about his voice, he was possessive.

He leaned towards me and looked into my eyes, "You have these brown eyes…"

I was taken by surprise and laughed, "You’re out of your mind. Come on, let’s go for class- everyone should be here soon."

This time, he was really mad, "You tell me ok? If anyone ever says anything to you. You’ve got me now."

And just like that, my world started revolving around him. He was my all and everything and I trusted him for everything.” Shristi paused to take a breath and continued, “I was ready to throw the whole world aside just to be with him.”

Shristi was facing the window while telling me her story. Her back was facing me, but I didn’t miss her wiping a tear discreetly. I wondered for a moment if I should leave her alone with her thoughts for a while, I’m sure she sensed this, “I’m okay, I just need some water… Give me a minute?”

I nodded. I’ve known Shristi for five years now. We’d bumped into each other at a coffee shop. She used to sit on the same table, a corner booth with her eyes glued to a book. One day, while I was sipping black coffee, she came over, introduced herself and since then, we never stopped talking. There was hours of talking, movie nights, delicious dinners, weekend trips and girls’ night outs. Having her around was the best thing I had.

In all these years though, she never spoke about her personal life. She was single and while at times, I would tease her with guys we met at a bar, or someone she knew from work, she would shy away from the conversation and I never attempted to bring it up again, until now.

I didn't know that she was absolutely in love with someone else. Someone whom she was convinced would return for her.

“It doesn’t matter if we don’t meet, or talk for days, months or years. I know inside of me, it’s only going to be him. One day, he will come back for me. He promised.” She was so sure. I sometimes found it hard to trust her faith. But then again, maybe this is what unadulterated true love is.

I nodded, waiting for her to continue. She took another sip of water. I noticed the tears on her cheek and just like that she suddenly hugged me. Her whole body was vibrating because of her sobs. She wanted to hold herself back, but the tears wouldn’t stop.

“We can talk later… maybe you should rest now…” I advised her, but today, she needed to vent. I nodded and told her to continue but only if she was ready to stay the night with me. Shristi wiped her eyes and flashed me that innocent smile of hers. For the first time, in all these years, I saw the pain behind her smile. She sat at the edge of the bed and continued.

“I don’t know how time flew past us in the next seven years. Raj and I were attending different colleges and suddenly, waiting for each other at the end of the day, felt like we were meeting for the first time all over again. We didn’t just grow up together but also matured into adults at the same time. Our relationship intensified. Possessiveness was at its peak: we both were almost trying to control each other’s breaths. Still we survived the test of time. What a life we lived.

We both landed our first jobs, not the ones that we wanted, but something quite close. The only heartbreak was that Raj had to move to a different city. I felt like our world was falling apart, but Raj was sure that we would work through this.

I even tried to convince him that I should go along with him."

"You can’t come along with me like that. What will we tell our parents? I have to focus on my career, and you do too. I just need some time before I can marry you, and you know I’m right. I promise, I am going to come back for you."

There was so much honesty in his voice, I knew he was right. I told him that he would always be my priority but I hated this distance between us, even if it was just two and a half hours.

He consoled me, "I’m going to come so often, you won’t know I’m gone. We’ll talk on the phone whenever we have time. Don’t worry, we’re going to get through this and things will get better, soon. I promise."

Things would get better soon and I knew that he would come back for me. Because he promised me he would.

CONTINUE READING THE NEXT PART: He Had Promised To Come Back For Her But They Had A Fight That Night And Everything Changed