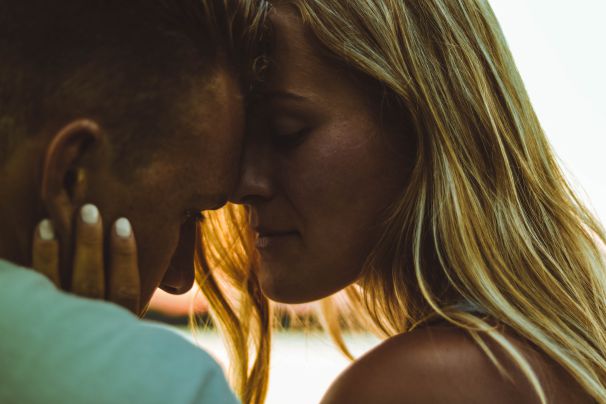 It was a hot and sultry evening, no different from the one the day before. And yet, a chill went through her spine, she saw a ghost. And she couldn’t resist calling out to him. They smiled, hugged and promised to stay in touch as they parted.

Serendipity, she thought to herself and smiled. She couldn’t stop smiling, or the fluttering in her heart. Why now? She wondered. After all this time.

The butterflies in her stomach, she explained, that it was just from the shock of seeing him again. All those subdued feelings were coming back.

But no! It couldn’t!

She had a new life now, a family, a husband… children… This wasn't love. No, she loved her husband, the home, and life that they had built together. Their beautiful children, she loved them with all her heart. With all this love that she had to give them, how could she think of another person, another man?

He was everything that he was earlier: charming, pampered her, and suddenly, all she needed was him. And that pushed those fifteen years of her marriage in the background. Unsuspectingly, he became her world. She knew that he was wrong for her, but she fell in love with him, all over again.

He was still her drug, and she was addicted. She didn’t see a way out. She was confused and kept oscillating between euphoria and guilt, madness and awareness, right or wrong.

It took a fight with him, for her to finally realize that she had had enough. She couldn’t face her smiling, trusting husband like this and decided it was time. The five steps that she had to walk, to reach her husband, were the longest that she had ever walked.

But that was the day she had to tell her husband about her infidelity.

He listened silently, when she told him her story, through a sea of tears. She begged for forgiveness for cheating on him. She pleaded for another chance to work on their marriage. He let her cry for a while, before walking over and holding her in his arms. He loved her enough to see that she was willing to change, honestly.
Hearing this, she began to cry more.

It’s been over a year since that incident, and she hasn’t looked back ever since.

Both she and her husband now treat their marriage with a lot more love, care and a lot less complacency than before.
And this is the story of how they decided to give their happily-ever-after, a second chance.

If you believe in the miracle of second chances, then you need to share this story.

YOURS GEEKLY
YOUR STORY
BAKKAR. CHAI. SUTTA
POEM
HOW'S THE JOSH
Your Stories