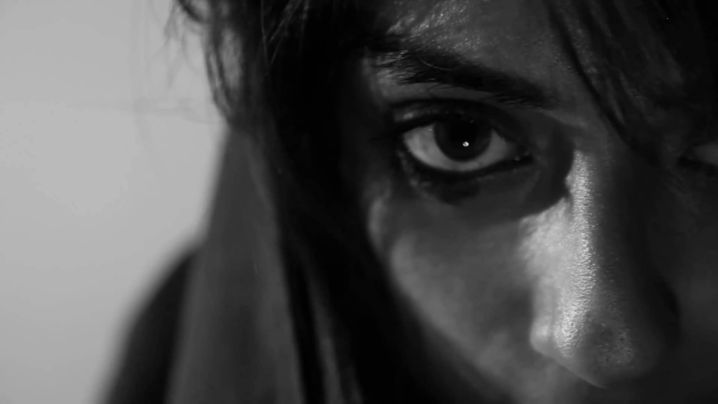 This building is falling apart. With the alimony and her part-time job as an Avon saleswoman, his ex-wife cannot afford to pay rent for a better place.

"In this country only three things rise: neta, abhineta and onion prices," the man continues. "Old lifts and aam aadmis like me are always at the bottom." Bilal laughs. He likes this man with his sense of humour, despite his situation.

"I was coming up to propose to my girlfriend. Do you think life is trying to tell me something?" The man lets out a laugh. Bilal is startled. It’s rare for a man to be so candid in these parts. He must be from Mumbai or Delhi.

"Can’t you use your phone to call your – ehm – girlfriend?" Bilal asks.

"Bhaikko," Bilal says to the man endearingly. "I don’t know how we can help you." He watches as Anika walks towards the lift door and peers into the shaft.

Bilal turns sharply towards Anika. "Manoj Uncle? Who is this Manoj Uncle?" He sees Anika blink in surprise.

"Is he going up to your house? Our house? Is he Mummy’s friend?" He sees the girls shrink back.

A hammering begins in his head. "Does he come to our house every day? Does he touch your mother? Does he make her laugh?" He can’t hold back. The hammering becomes a clatter.

Bilal wishes his girls had been boys because he wouldn’t need to be soft with boys. In between there had been two other babies – both boys – but they’d lasted for less time than his wife’s happiness. So with the girls he had been gentle, waiting till they were old enough to begin his punishments. And these were mild punishments. The worse thing he did once – when they didn’t turn off the TV as he’d asked – was to make them stand in a corner of the dining room and face the wall for six hours, allowing them only to take piss breaks.

His wife had mentioned that in court, too. "I never hit them, not even once," he shouted in his defence. Now, he can do nothing to punish the girls, and look at how spoilt they’ve become, taking their time to answer him.

He pinches the younger one. "Does this man touch your mother?" he shouts.

He sees a tear form in her eyes. What a pansy! He wishes he’d had more time with her to toughen her up, like his father had done with him. If Bilal hadn’t answered his father, the way his girls are now, his father would’ve dangled him over the banister by one foot.

"Tell me," he says. He smiles at her like a teacher coaxing a difficult answer out of her student.

This is what happens with women. They don’t answer questions. They let strange men into their lives. That’s why women need to be controlled and disciplined.

"Tell me!" he shouts. He raises his hand. She answers "yes".

Before his insurance job, when Bilal worked for the merchant navy, he’d come back home, sometimes after eight months at sea, and check every expense for which his wife had to keep account.

The first time she’d forgotten to make a note of a bottle of milk, he’d slapped her. Then she’d bought a water purifier without asking for his permission. He had punched her legs so she couldn’t walk to that bloody purifier for days. Now, he cannot do anything to her.

In court, his wife said that she still saw his fist coming towards her, that it would jerk her awake. She trembled as she said this; what a compelling actress! She said she was scared that one day he’d hit her in the wrong way or at the wrong place – a vital nerve or muscle – and khalaas, she wouldn’t be able to use her arms or legs or face again; it would be over for her.

He scoffed. He wasn’t that stupid! He needed her body parts to function. Who would do the housework otherwise? Or look after the children? He wasn’t going to sleep with a mutilated woman, was he?

Sure, he’d bitten her, slapped her face, punched her stomach, twisted her arms, and yanked her hair. But he’d never intended to paralyse or kill her. He hadn’t snuffed out his cigarette butts against her arms like his father had done to his mother. He hadn’t locked the children and her up in a room for forty-eight hours, passing them food to eat and water to drink only when they begged. He hadn’t sent her to the hospital every third month.

The Trouble With Women