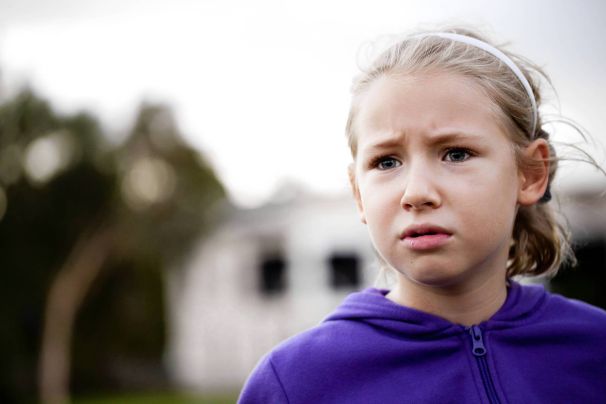 The hands of the clock were moving slowly. It was going to be five. I decided to hurry through my homework. I still had to write the answers to a few more questions. I hoped today would be one of those days when Maa would skip checking through my notes because she was busy with her other chores. I scribbled something on the pages of my notebook, declared my homework was done and sought Maa’s permission to take a break. I did not even wait for her response.

I ran to the balcony and settled down on the strategically placed stool. I put my face on my palms, crossed my hands on the railings and waited. It was already well past 5.10 p.m.

I could see him waiting for her eagerly.

I could sense a hint of anger mixed with excitement on his face. He was always checking his wristwatch. I could see his increasing restlessness and even my heart started racing at a faster pace. Those were the days when things like smartphones and social media had not yet been created. So folks like them did not have much choice. They had to wait with anticipation for each other.

She then finally appeared from the other end of the street with a bucket in her hand.

I thanked the municipality for setting up the source of water supply right in front of my house. She filled the bucket with water, but her eyes were glittering as she looked around and searched for him. She gave a demure smile. I could see the corner of her lips turning upwards. My cheeks turned red. My entire body was tingling with excitement. I turned to see his reaction. She gestured to him, but he quickly turned away his face. He tried to hold on to the stoic look on his face. I nodded to myself with affirmation. She pulled her ears and sent him an apology. But to the others standing in the queue, it just looked as if she was adjusting her earrings. He gave up his indignation and accepted her apology.

I blushed with amusement.

I was brought out of my fantasy world when I felt someone pulling my ear.

I turned around and noticed my notebook in Maa’s hand. I mentally searched for an explanation for all that I had managed to scribble in my notebook. I thought of using a different excuse this time. I wanted to tell her how difficult it was to understand a single thing that Hari Sir taught. He had a weird accent and always had paan in his mouth. So whenever he spoke, it was as if he was speaking the language of aliens.

But then I finally decided to tell her the truth about having copied it from a friend who had perhaps made an error in her calculation.

Before I could even open my mouth, Maa started shouting at me. She still had a firm grip on my ear. She said, “Who on earth can understand this handwriting? I am sure even you can’t read this out to me. Would it hurt you to put in more efforts to improve your handwriting?”

I pulled the notebook from her, said, “Sorry” and ran inside to sit for the next session of my studies. I surely knew the right tricks to calm her down. During the history lessons, I could only see him on Shah Jahan’s face. I could see the way his firm face had melted by her sweet apology. I could see Mumtaz gesturing to him and asking him to come near my balcony at 5 o’clock the next day.

I had drifted into my own fantasy world once again while reading through the pages of my history book.

I did not want to repeat the same mistake the next day. I finished my homework well before time and took my position on the balcony. I waited for their romance to blossom. He emerged from his house in a navy blue t-shirt and an off-white scarf at precisely 5 p.m. I could smell the old navy perfume when he walked past my house. Her home was just a few yards away from mine. She looked as fresh as jasmine in a lemon green kurta. As he approached her, she threw a paper wrapped in a pebble. He suddenly pretended to have dropped his keys and picked up the wrapped paper along with his keys. He walked away, and I went back to my house to eat my evening snacks.

I looked into the bowl of jhalmuri. The rice flakes were staring at me. They looked like scattered letters to me. I wished I could arrange them to create the words that were written in that love letter.

I went about my usual schedule for the next few days, but I didn't get to see either of them. At first, I casually thought I had missed out on their meetings somehow. But then I started panicking.

I assumed that they had somehow sensed my unwarranted involvement in their meetings and so had changed their schedule.

I was getting restless about the whole situation. I had no clue about what was happening in their lives, and I could not share the tornado of emotions that were churning in my heart with anyone else. I had no choice. I had to wait for things to clear up on their own.

The silence was finally broken one day.

One evening she came to our house with her family. She had a beautiful red and golden wedding card in her hand. I was ecstatic to see this surprising development. I served them tea myself. She pinched my cheeks and said, “See you at the wedding Sweety.” I gave her a broad smile, took the wedding card from her hand and rushed to the terrace.

Then the bolt of lightning struck. The wedding card did not have his name in it. I cried my heart out on the day of her wedding.

I ditched all the delicacies of the feast and stayed back at home when my entire family went to the wedding. My mother was worried about my strange behaviour.

But how could I explain the pain of my broken heart to her?

And then she was gone. I still spent some time at my usual place in the balcony on the days that followed her departure from our lives. This was always a part of my evening ritual.

Suddenly there seemed to be nothing of interest anymore in the crowd that gathered around the source of water.

The empty balcony of her house looked at me with derision, and I turned my face away quickly. And then I saw him sitting in his verandah. I saw the changing expressions of anger, helplessness, frustration and deep sadness on his face.

The history chapters that we were studying were not about Shahjahan and Mumtaz anymore. I had moved on to the war of Panipat.

Then one day while returning from school, I saw her in a bright red saree. She had red sindoor on her forehead, and it seemed to be shining brighter than ever. She smiled and waved at me. Tears welled up in my eyes, and I could feel a lump in my throat. I just could not manage to look at her anymore. I ignored her and ran towards my house. She kept calling my name for some time.

How dare she!! She had cheated both of US. I had lost all faith in love because of her. It was because of her that my first love story ended in dismay. And at the age of nine, I promised myself that I would never be able to fall in love. Ever.

Why do we find it so difficult to cope with the realities of life? Why do we refuse to see the negative aspects of love? Why do we show only the positive aspects of our love to our children? Let’s share this story and learn not to shut our hearts to love forever when we face some bitter experiences in our lives. Not all things in life will work in our favour. We just have to deal with it. Period.