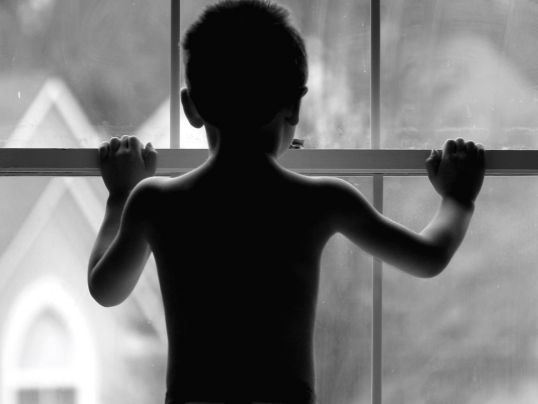 ‘Hadn’t I told you this day would come?’, the man asked Aniket's mother.

‘Hadn’t I told you, that your boy was getting out of control? His grades have not been as good as they used to. He's lost his touch of everything at school - academics, sports, drama. All he does is eat off your hands and run around the rowdy kids. The only thing he's good at; is being good at nothing.’ He looked at Aniket's mother questioningly.

‘He is also your boy Ramesh. Don’t forget that.’

Aniket walked home and was welcomed by the sounds of a raging war between his parents. Their screams sounded friendly and familiar. Much like the voices in his own head, that were at constant loggerheads. But unlike those voices, these sounds didn’t have that sense of unity, that belonging to Aniket’s head. His parents' arguments had a strong undertone of separation, one that had been coming for a long time. And just as Aniket stepped through the door, his father stormed out without so much as looking at him. But then again, his father hardly ever looked at him.

Aniket was an invisible presence in his father's world, yet somehow, all his flaws were the eyesore that never failed to upset him. That night, Aniket's mother tiptoed to his room, gently kissing him as she tucked him into his blanket. Aniket pretended to sleep while he felt his mother’s wet cheeks on him. He pretended to sleep while he heard her muffled sob. But Aniket couldn’t pretend to hide his guilt. Not from himself. He had a lot to be guilty about, although he was never sure exactly what it was, that made him the guilty party.

That figure who had always loomed in the distant shadow of his study room. A father bestowed to him by birth, whose love Aniket had never received. Neither on his birthdays, nor on regular days, and yet, when it came to picking a fight with Aniket's mom, that father figure was always around. His presence weighing heavy at all times - in the restless pangs of Aniket's loneliness, in the long nights that never turned to mornings, in hurtful words that bore no wounds, yet left their scars. The abyss that became his undying agony.

But now the abyss stretched out infinitely. Now the study room was empty. The wounds were wordless, but they seized to go away. His father was gone, though. An unfortunate car crash claimed the shadow of the man he was used to calling his Papa.

The accident was so horrific, it made national news, yet, when the news came home to Aniket and his family, nobody cried.

This excerpt is from a short story called Baby Bloomers written by Sneh Sapru. If you'd like to know what happens next, comment down below and share the story to convince the author to submit the next part!

LIFE IN THE TIMES OF CORONA
HOW'S THE JOSH
STOLEN DIARIES
Your Stories
YOURS GEEKLY
BAKKAR. CHAI. SUTTA