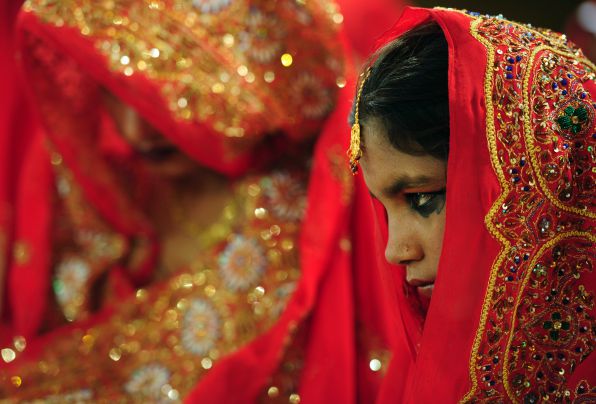 Sindhu belonged to a rich family. She had three brothers and being the only daughter in the family, she was pampered and taken care of like an angel. She wasn’t very beautiful; not too dark, not too fair, didn’t have a straight nose but it looked good on her anyway.

In late 90's, the villagers were not interested in getting their daughters educated and still, Sindhu’s fathered sent her to school. The story begins when she was in fifth standard. It was exam time and this was when that marriage proposal came her way. She was 15. She was anyway not that interested in studies so her family decided to get her married.

She was rich and so the ceremony was grand. Her husband was still studying so he lived in a nearby town where she lived with his parents. People there could not withstand her happiness. They started torturing her; she wasn’t given a soap to bathe or a blanket to use while sleeping. She was offered only leftover food. She waited with patience for her husband to return, in the hope that he will take her away from all this.

And then the day came, the boy got his first job after a few months of marriage. He came to take her along with him to town. His brothers, sisters in law were so jealous to see this because now the same person they tortured would be happy. They could not bear the thought of her being happy and so they did everything they could to break her dreams.

They didn’t allow her to sleep with her husband even after one year of marriage. They started telling her she wasn’t good enough for her husband. The little girl broke down only when they tried to poison her. She told her father about everything going on in her life. He was devastated. How could his girl be suffering like this?

He knew getting a divorce from her wasn’t a good solution; society would anyway kill her. He decided to take her to her husband and made it work again. Story took a dirty turn there. His family was astonished to see Sindhu again.

This time they worked harder on their plans. They tried to convince her husband that he could do much better and started looking at other girls so that they could get him remarried. But, no one dared to marry the guy because of Sindhu's father and his fame.

And then comes this bi***, she was good looking and the guy was forced to meet her. They got married even though Sindhu was alive. The bi*** was from very poor family as guy's family wanted. They supported her. It was not easy for Sindhu to see her beloved husband sleeping with the other woman in front of her. She was so broken. She decided to quit. One day she asked the guy to take her back to his parents' place as she couldn’t take all this. He had other plans though, he took her to her parents' place so that he could get rid of her forever but she didn’t want to live without him.