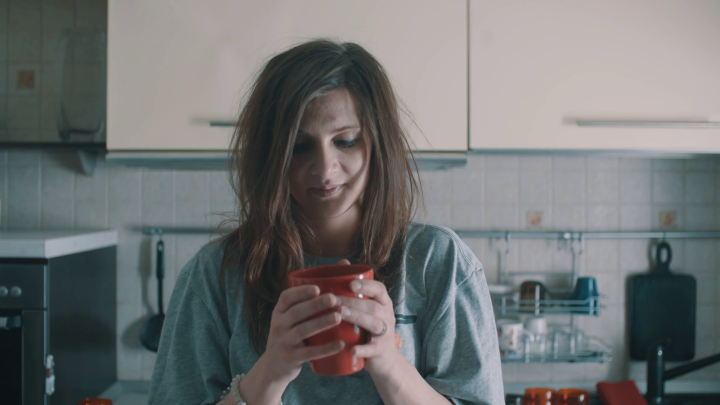 That morning she woke up with certainty. She stood tall and felt happy. She stood in front of the mirror and realized that it had been a long time since she took care of her appearance and her physical self. She knew she had become leaner but she also felt weak.

But somehow today she also felt beautiful. She had neglected her health immensely during the last few days. Her only wealth – her self-esteem too had gone for a toss.

She sipped on her regular cup of coffee and revisited the experiences that she had experienced in the last few months – the good, bad, sweet, sour, mad and sad ones.

She knew she had enjoyed the success, the respect, the warmth, the love and the gratitude. These were the best parts of her life. But suddenly everything went blank. She felt herself sinking into the pain of the loss, the grief and the sadness. The last few weeks had been terrible. They had taken away all her smiles and her charm.

She knew she had once been an all jolly and all smiles girl. But now tears and despair seemed to be her only companions. She had lost her confidence, her madness, the child in her, her dignity and obviously her life too.

She was no longer the girl who laughed at the silliest of jokes. She was no longer the kid who roamed around the locality like a fearless kid. She felt all grown up now and the journey had not been all too good. Yet, she couldn’t cry or crib. She found it difficult to answer or talk to people. She felt like a cheat.

She knew she hadn’t done anything wrong yet she felt absurdly guilty and the guilt often overwhelmed her.

She was feeling so restless today. Her mind too was restless. She was like a spirit that was living in a semi-dead soul. Nothing seemed to cheer her up. It was raining and gloomy all around.

Then she just decided that today was the most perfect and sunny day for her. She got up, greeted her special ones, and ate what she felt like without caring about her weight.

Nothing had changed. Everything was the same. Yet she felt great. It was as if some good spirit had taken over her.

She looked out of the window. She could get a glimpse of the birds and the sunshine. She was still in her pyjamas and her hair was messy. But she felt so graceful and bright today. She wanted to challenge the sun itself today and she knew that the sun too would be envious of her charm.

She realized that life was not a bed of roses for anyone.

She knew she would have to remove the thorns from her life herself and allow the fragrance to enhance the quality of her life.

She learnt not to repent for her mistakes. She learnt to laugh at them. She learnt to smile at her achievements. Yet she had a long way to go. She had embarked on a journey of endless possibilities.

She knew it would be a journey filled with happiness and sadness but she would ensure that there were more smiles and fewer tears this time around.

The past few days had made her physically and mentally weak. It had been tough but now she realized that she had allowed the bad to overwhelm the good. But today she was determined – she was confident and pretty – in her mind. She knew she was going to have her fair share of sweetness very soon. She wanted to make the journey worthwhile.

She looked down at her coffee. She had finished it. She suddenly realized that she had not added any sugar to it. But somehow it was the best and the sweetest cup of coffee that she had ever had.

Time spent alone is always time well spent. Yet we all feel ‘lonely’ when we are by ourselves. ‘Solitude’ scares the wits out of us. Solo walks, a leisurely cup of coffee in our own company, meditation, and chants/prayers are all ways and means of connecting with ourselves and disconnecting from the outside world. We can feel the difference that ‘solitude’ makes in our lives. Let’s share this young woman’s story and learn to create a beautiful life for ourselves from her.