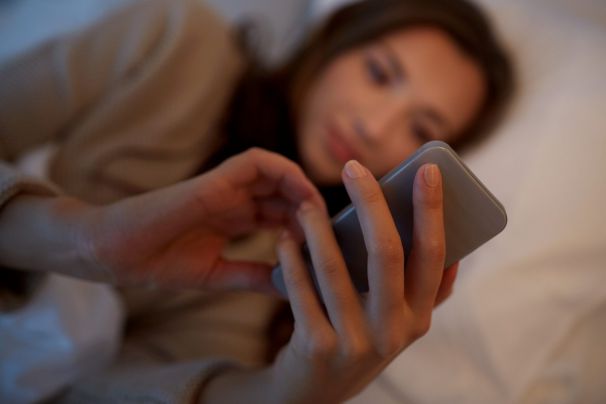 Emoticons like DIAMOND and CHERRY were the proof of Cheating in their relationship. Well, it was a great one before these Diamonds and Cherries came into the story.

Martini was in a long distance relationship with Jack for a year and everything was good. She used to love him and I can say that he also loved her equally. They used to go to each other’s cities, just to surprise and make each other feel special.

It was an 'Ideal Relationship' according to them and their friends. NO COMPLAINING, NO FIGHTS, NO LIES.

But then, one fine day, Martini decided to visit Jack and surprise him. She was on the 9th Cloud that she was with him after months and got to see his face finally. As the time passed, the weather became more pleasant and it started to drizzle often. Then they decided to go out. They sat in a coffee shop and Jack was discussing his future plans and Martini was assuring him that she would be there with him in whatever he decides and will support him in every step of his life.

Suddenly, Jack received a message from a girl named Rosy saying, 'PLEASE BE SAFE, IT'S RAINING OUTSIDE'.

Martini questioned him if that girl who got ticked on his Instagram account when he was sending her the relationship quote and she received it too? Jack replied in a numb voice, ‘Yes baby… it was a mistake. She is just my friend and nothing else.’

Martini believed him and told him that it was okay but requested him to maintain distance as she didn’t want her to send him such messages. Martini stayed in his city for 2 days and Jack was so good to her that she forgot everything and lived each and every moment. When Martini returned home, she was sure that Jack would never cheat on her.

But there was a little insecurity about Rosy being on every possible social networking site and started to observe her, hoping to find something or the other.

Observing a bundle of pictures made her believe that a combination of a diamond and cherry emoji was the way of expressing love and Jack was cheating on her.

Jack was very much involved with Rosy; as she was from the same city as him, they used to meet often and Jack never told Martini about it. All the proofs Martini had collected were sent to Jack and she ended the relationship at that very moment.

Jack still insisted that she was just a friend and when Martini had asked him to leave Rosy, he denied. This made Martini feel more shattered and helpless. She loved a guy who was not in love with her and cheated on her every moment. Emoticons have crushed her life. Those diamonds and cherries became the most hated emoticons for life and she couldn't believe any other guy after that.

Her love was not respected. She had realized that everyone was right about Jack but she was wrong to have trusted him blindly for which she has been paying.

But one day, Jack will definitely pay for the bad she caused to Martini as she was a simple and innocent girl and Rosy was just the opposite – a girl next door. She never cared if Jack would ever leave her for she had loved him truly and respected him forever.

Stories don't always come out of people's imaginations. Share this story if you know someone who had a hard time catching their creative cheating partners.