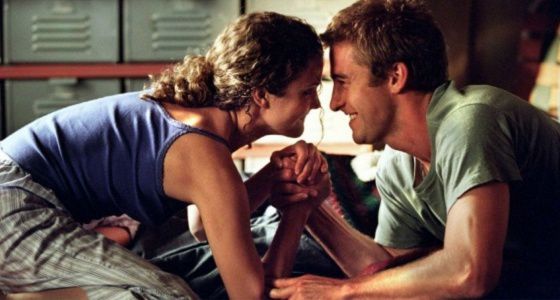 There was nothing upbeat about Friday when I woke up in the morning. The air felt the same; the sky was grey just like it was on Monday and my breakfast tasted the same. I wondered why everyone was thanking God for this yet another mundane day.

Somehow, I gathered some motivation to head to work. Even the streets were the same. The same faces heading to their destinations. The coffee smelt the same. The building and my work desk looked the same. The screen showed the same code running over and over again. Pretty monotonous and routine, right?

I decided to head to the pantry. After all, food solves everything, right? The aroma of bagels and coffee filled the air. Nothing smells sweeter in the morning! I thought I had found the cure of my ennui. Eagerly, I took a bite of the bagel and sipped the dark roasted coffee. I felt a momentary rush which seemed to curb the boredom, but the comfort died down soon. Disappointed and hopeless, I returned back to my desk.

'Zach!' I heard an animated voice call my name. 'I've been looking for you.' The voice continued, as it approached me. I felt the same rush I did when I had the first sip of coffee this morning, only a bit stronger. Effortlessly, my face beamed with a smile. The voice continued approaching me. The rush, I felt, became stronger with every yard reducing between us. I finally understood the Doppler effect.

I could smell her now. I felt her aura next to me. I stole a glance and saw those curls hanging by my side. I knew it was her. I took another sip of my coffee before turning to her. This time, I did not take a sip to get a rush. This time, I took a sip to hide the stupid smile I had on my face. I turned to her, trying to conceal the excitement, only to find myself gulping down the caffeine and smiling ear to ear again.

She had a puzzled expression on her face with symptoms of disapproval. I usually got a smile back from her, but this time she had her lips pressed against each other with a rather obvious bulge over her chin. Sheer criticism.

'Oh! So you already had your share of the bagel without me? The thought, of asking me if I've had my share or not, didn't flash your mind? I've started doubting our friendship you know, I seriously do now...'

As she rebuked me adorably, I realised I've been having coffee the wrong way all these years!

YOURS GEEKLY
STOLEN DIARIES
LET'S FACE IT
BAKKAR. CHAI. SUTTA
LIFE IN THE TIMES OF CORONA
The Golden Bird