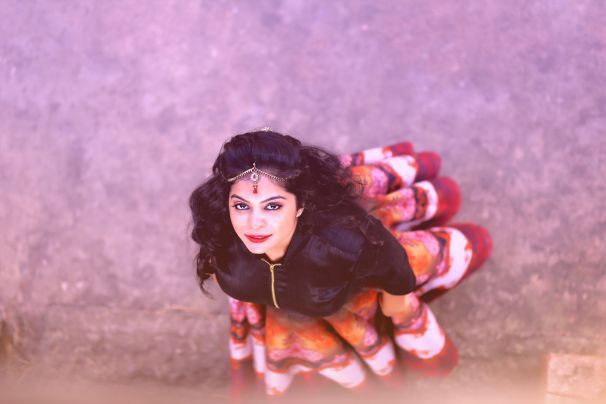 It all started with a "suit". I know it sounds silly, but guess what.. IT IS!

I never knew I could indulge in an argument with my mother in law over - a SUIT! Yes, she wanted to be appeased by my parents during my wedding with more and more suits. As an accepted part of a Punjabi wedding, my parents gifted my mother in law a gold set with cash. All other members of their family, including, father in law, four daughters and their husbands were also pleased with gold jewellery and cash.

But a day after my marriage, my mother-in-law told me that my parents never pleased her with a suit. In fact even her four daughters never got any piece of cloth from our end. She was highly disappointed and so was I. Though, for a different reason entirely.

For me, it came as a shock. I make online orders without wanting anybody else to get me clothes, on a daily basis. I don't even expect my husband to pay for me. My parents have invested so much to make me an independent woman, why do I need to ask someone else to get me some CLOTHES? Why would anyone need to get clothes from others? Or get so upset on not receiving them. To me, it was baffling!

Just because you gave birth to a boy doesn't make you eligible to demand anything!

I was boiling throughout the day. However, I kept mum. After a month, I visited one of her daughter's house for the first time. Guess what, she gifted me a suit! But I bet you can't guess what happened next. As we reached home, my mother-in-law had her hands over the dress gifted to me and told me that this suit is not good enough for a newly married. So next day, she took it to the tailor and customized it for herself!

Her obsession for suits is bizarre. When I shared this with my mother, she found her way to fulfil the indirect demand. During her visits to my new house, my mother started bringing along gifts (Yes! Of course, suits) for my mother-in-law. One on my birthday, another on our anniversary, on karvachauth, diwali and what not. Even on New years. Somehow, life went on.

Then came a day when my mother-in-law's sister decided to get her son married. I, not even in my weirdest dreams had thought that it would effect me. But, it did when series of comparisons started flowing in our house. I was completely shattered. She told me "wo toh sabko gold ke set de rahein hain, betiyo ko bhi". I tried not to pay attention and gulped almost every taunt down. Another day she pricked me by saying that they've gifted four suits to her sister. So, she must be on cloud nine!

This time, though I was not surprised but wasn't able to hold my anger. I prepared an answer within, because by now I had realized that silence would not be enough for this greedy woman. Thus, when while having lunch one day, she brought up a discussion regarding her nephew's wedding, saying "Nita ko toh itna mila hai shadi mein, keh rahi hai itne suit mile ki ab rakhne ki hi jagah nahin".

My husband and father in law for the first time ever witnessed an answer from my side. My mother-in-law sheepishly defended herself, which obviously made no sense. To my pleasant surprise, I saw my father in law smiling ear to ear which pronounced my victory over his wife. It seemed that he was happy that I had put his wife in her place.

So, while she continued making a case for herself, I quietly smiled and took another bite.

Even though we are living in the twenty first century, being son's parents is still seen as a matter of superiority over being a girl's parents. It's time that we stop accepting the conditioning and start asking questions like our writer here.