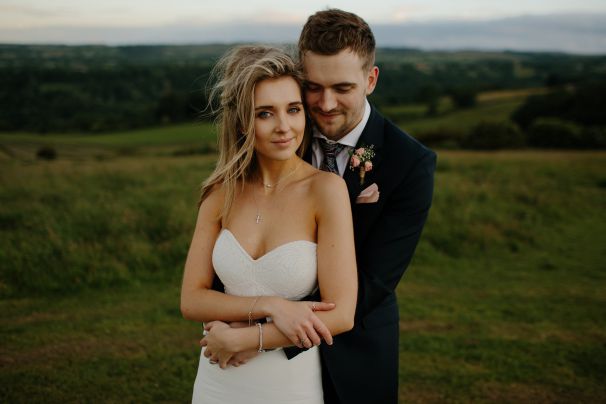 A series of coordinated terrorist attacks took place in Paris, France and Saint- Denis on Friday, the 13th of November, 2015. This young couple was present in three of these places when the terrorists struck. They had a close shave with death the first two times. Were they lucky the third time too?

“How much for this ring Sir?” asked J. He had bought a suit from this store. He was going to buy the same old 18K white petite twisted diamond ring for his beloved, a person whom he always dreamt of. He had a wide smile of satisfaction on his face now.

“Honey, where is my tie? We don’t want to get late for the concert, right?” exclaimed the man who had just got promoted to the post of a husband.

How should I do it? We have been together for years and she has always stood beside me. She is the woman behind me today. I’ve got to try something special. She loves the colour red. I’m going crazy. Maybe I should kneel down!! I’m thinking too much. But then she deserved being thought of too much. I love her.

Here she comes. Act cool! “Honey! Here, let me have you seated! The order has been placed and I have some good news for us! Want to have some wine? ;) I have finally been promoted and it was because you made it possible. You were with me all the way long! Dear woman, you complete me!”

He looked at the ring on her finger. It looked beautiful on her hand, he thought to himself with a smile.

“Hey Babe, I got tickets for us for today’s game. We need to leave by 7! Smile Gorgeous!” said J, a 21 year old football freak who wanted to introduce his girlfriend to his world.

He was full of laughter and was cheering his team. His life brimmed with happiness. Football was his life and he was witnessing his life along with the love of his life that day.

He was very anxious and a little nervous too. She hadn’t been to any game before. For the past 20 minutes his eyes were fixed on her face. He was trying to catch the tiniest trace of happiness on her face or maybe a little undetectable laugh or at least a smile. This would have meant so much to him.

It was 8:45 p.m. and she still hadn’t smiled. Yes, his heart was broken. Suddenly a moment later she said, “Honey, let’s go out. I want to go out for a walk with you.” He couldn’t help but smile back at her and hugged her tightly.

Although it was very late to do so, he realized how childish his behaviour had been. He expected her to enjoy that one thing which he loved the most – a football game. He realized that it was too clichéd for her. After all they lived in a real world. He was with his girl friend and was happy and deeply in love. “Yes Baby. Let’s get out.” Said J.

“Sweet heart, I’m so excited!!:D. You told me to try something different for our first date after our marriage. Here it is. I’m taking you to a concert where your favourite band is playing. Presenting to you….. Eagles of Death Metal!”

Screams echoed and the speakers blared on, totally ignorant of the succeeding dead silence and its aftermath. There was ash everywhere! Fire was burning and destroying everything along its way. Somewhere amidst the ashes lay two bodies. Which were shredded, mutilated, burnt and disoriented but still deeply in love.

Gunshots!! A blood stained tie. There were screams everywhere. And then there was an eerie ominous silence.

He had worn the tie that she had gifted him on his birthday. It had been their first wedding anniversary. And it was “bloody!”

There were upturned tables everywhere. The windows had been smashed to smithereens. They could no longer hear the gunshots that were fired again. There was blood everywhere. Even the sky seemed to have turned red! Amidst those smashed tables and chairs and glass, lay two more bodies along with countless other souls who weren’t able to complete their last sentence.

There on that bloody floor lay a diamond ring. It too was blood stained. It was a ring with a lost cause.

There were so many promises that couldn’t be kept and proposals that remained incomplete and unanswered. The dead looked back with eyes that were still wide open. The skyline went dark. All conversations remained incomplete. Several issues remained unsolved. Even a few last words could not be spoken.

Yet love was still in the air. Love was still throbbing in those hearts which had stopped beating. Destiny hadn’t just changed. Destiny had bent several lives out of shape. Life is unexpected but death is just death. It’s spontaneous. When the city slept with so many souls, Paris had a never ending tale of love to narrate to anyone who cared to listen.

Can we ever confine love to our physical bodies alone? Love can be experienced in the very air that we breathe. Love is as ephemeral as it is eternal. Love exists in the entire cosmos. No one can ever prove it but we all believe in it. The love that was pulsating in hearts of all the victims will surely return in another form. It will slowly transform the tears of the grieving families and turn them into serene peaceful smiles. And as readers all we need to do is to share this story to make this happen.