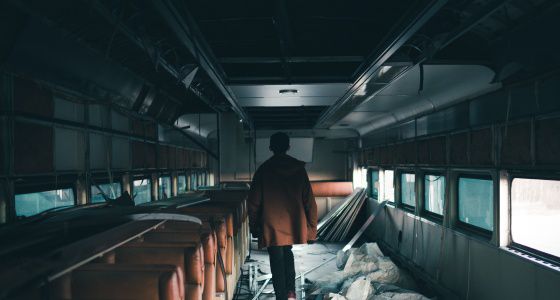 Indelible tales from the diaries of ordinary yet privileged life, you can call it.

Hi, this is A. He comes from B. He lives at a place C. And he likes D. But does it really matter to the world?

He is compassionate, he is passionate, hardworking, intuitive, versatile, straightforward, ambitious, persistent, inquisitive, resilient. But again, does it really matter to the world?

For this world and our society, he is nothing but a reflection of what people perceive of him. And frankly, he is not even sure if he would fit into the expectations of these people and the society throughout his existence.

Honestly, the individual narrating this story now exists to nurture his own personal growth and to discover himself. And don't you all think the same? Whatever we do in our lives, the paramount motive is to have our own personal growth and embrace our potential. Then, whether it is providing service to the needy or working in an organization (pretending you're doing it for others), where you are actually doing it for yourself.

We are doing it all for our own personal growth or for the money, position, success.

So, this story distills down to the good old days of alma mater institution that bequeathed young lads with the most essential tenets of life. This story has been jolted in the backdrop of the writer sitting in recluse and finding himself missing the comrades he had spent half his life with. The anecdotes are from the unflinching bond and ineffable visualization of one's alma mater and for the "Family beyond blood".

The indomitable spirit of "Georgians" at the very outset.

For the generic readers, it's imperative to acquaint them with who these 'Georgians' are. These are the students or in military parlance, cadets of "Rashtriya military schools". These students, at a very tender age, are exposed to an incredible ambiance and milieu under their stellar efficacy. They are then honed to spearhead their posterity in their respective walks of life and chosen callings, particularly the armed forces.

The striking adjective for these fellows is that they owe every ounce of their success to the allegiance of their nurturing by this very revered portal. Rashtriya Military School.

So this very first blog is dedicated to these fellows and the institution, which imbibed the most fundamental tenets and acumen in them. These incidents are everyday tales recounted and owed gratitude to at every step of the way by these lads. This place, where running was a daily routine, rain in the dawn was the moment of ecstasy. A reason to be excused from PT time was a valuable entity, and 'here and now' was their vocational identity. Where auditorium and classrooms were the virtual sleeping dorms, compensating the weariness from strenuous PT. Where ragda was invariably at their receiving end, fall-in was intimidation, yet 'here and now' - that was their indelible recollection. Where discipline was the fulcrum of curriculum, yet temerity to violate it was the tacit mark for dooms' parade. Where the bond was eternal, with brotherhood unbreakable, memoirs parallel to none, tales unexplainable, and spirits undying. Where Warriors, Spartans, Ashokians, and Shivajians was a creed of glory, and endeavoring for the accolade was our allegiance. Yet the name 'Georgian' implying to be "one for all and all for one".

Where the motto "character is the highest virtue" was their conscience laid to be kept upright, and abiding by it was their paramount accountability.

Living each day with thick and thin times was correspondent with treating pain and pleasure alike. Where acing feather in caps was the inevitable yearning. Where the empathy of seniors, esteem from juniors, and camaraderie of batchmates were emotions to be embraced and cherished. Unlike anything today.

Seniors were personas of emulation, drawing the latent potent out of regulation. Where striking outfit donned used to be on-fleek, enveloping dazzling mufti, glossy shoes and decked khaki, spick and span. The alma mater that formed the passage for the students to expand their horizon, holistic development, where the boundaries were limitless, enlarging the vision. It led them to seek their quest for knowledge, to strive for excellence was the everyday battle cry. Tears rolled down at the culmination of their extraordinary journies, yet those recollections are the reasons behind their smiles today.

Where the apprehension of their lords (parents) was turned into the sweet dream vision.

So, the narration is somewhat like this. At the tender age of 10 and rising early morning for PT and getting dressed up was the most annoying task. Initial days of running, puffing and panting for breath, and being jostled by seniors and threatening words of "fallin" instilled the sense of fortitude. Getting late for breakfast and getting the order of fall-in after lunch from those dreaded lot of seniors (duty cadet) made one panic.

Meanwhile, the class hours used to be the most difficult moments to endure the feeling of fall-in after lunch. But the best part was the camaraderie of classmates giving a sigh of relief. Meanwhile, the whole class used to nap while the teacher used to get ready to take the class.

Now comes the most awaited moment for the mistake committed in the morning and enduring the punishment and whack on the backside (poignant for being in the school). Uptimes' sleeping in the dormitory during class hours and getting caught by seniors. Sometimes coming out of the mess with half stomach because of the stringent rule of not sitting after grace. Jumping the walls to go for the night show, missing the roll call. Midnight visits to the station to have Maggie.

Today, sharing these anecdotes have remained confined only to the extent of phone calls. In those days, we compromised on the love and care of our parents, which was well compensated by these pals we got for life.

Spirit keeps flaming when camaraderie is substantiated by such champs we earn for life. Long live the 'Georgian' spirit. Amidst all this, the individual narrating the story had got certain lame adjectives like 'docile' and 'incompetent' in his tenure of this prestigious schooling.

But you know what's the most interesting part? The day he started writing, it was out of some angst of being worthless and trying to create a niche for himself and proving himself worthy of something, anything. But little did he know that he was going to bring it forward. And the sheer unconvincing aspect is, all this came out of a powerful few words of perhaps apparently rhetoric motivation and untrue acclaim.

He is eternally thankful to that very transformative guy who gave this man a foothold he would have never been able to find if it weren't for him.

He got lauds from people and the ambiance on writing indeed inconsequential contexts finding no meaning but in an appealing and ornamental style, and it moved him.

With this, he learned the value of gratitude and appreciation, and he started becoming more generous with the adjectives used for people and penning them down in his own style of writing.