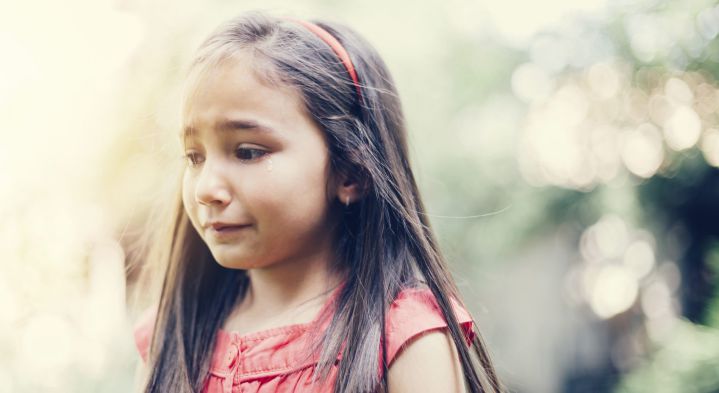 I heard the doorbell ring, but stayed in my place, waiting for somebody else to open the door.

“What! I can’t believe it! Is it really you?? Oh my god!” I heard my mom say these words while I sat in my bedroom with my books.

Knowing my mother, I knew I would be called in to meet the guest. So before she could call me, I got up and went into the living room to greet the guest. I will never forget the sight that awaited me as I reached the end of the small corridor and turned my face towards the door.

It was you, daddy. My daddy who had never returned from the war because he was martyred. I couldn’t believe my eyes. I rubbed them a few times, but you were still there. I clearly remember how you looked. You had lost at least 10 kgs, and your cheeks had sunk in. You had a few days old stubble on your face as if you never stopped on your long journey back home.

And I remember how you were wearing that vertical striped shirt which unlike other times, wasn’t tucked in. You were carrying a bag in one hand and the suitcase in the other, which you finally put down after seeing me. You were tired, exhausted, and for the lack of a better word, haggard.

Tears welled up in my eyes, but I just tried to help you with the bags, and mom rushed to get you a glass of water. My memory is hazy in parts, but I remember how I hugged you and told you that we’d thought you were dead. We couldn’t begin to tell you how devastated we were by that news the army had told us.

But you told us what really happened- you told us that you had got lost and wandered into enemy territory, walked for days on end to finally get to our side, and although injured, you had survived. Didn’t you say that the thought of us kept you going? You made it through the ordeal. When you finally crossed over to our side, you asked the authorities not to inform us.

You wanted to surprise us by yourself, and see the look on our faces when you returned. We probably should’ve been angry but we were far too relieved and elated to entertain any other feeling.

I said, “Daddy, you won’t believe it! But Mummy has learned how to drive now and she (pointing towards my little sister who was just eight) can speak in ENGLISH! She can form sentences on her own and all that.”

“See, so something good did come out of the whole ordeal after all, isn’t it?” you replied.

I remember opening my mouth to say, “No daddy, this is not the way in which we want to learn to do things.” But, I couldn’t say those words because, I woke up.

I woke up and everything was the same. You weren’t there, it was time for school and mom was asking me to hurry up. I spent the whole day trying to come to terms with the fact that it was just a dream, a beautiful dream.

This happened to me 15 years ago and I still remember what my mom said when I finally told her about my dream, before going to bed again that night.

She said, “Beta, don’t be sad. You should be happy. Daddy came to meet you. He came to tell you that he is still with you. He always has been and he always will be.”

Years later, when it was time for me to get married, I declared that I wanted to marry an Army Officer. Many people asked me why. “Didn’t you see what happened with your father?” and I said, “Yes. All you see is that we lost the man of the house who left behind three women all alone. But you know what I see? I see that he performed his duties until his last breath, died a glorious death and left behind three very strong women to take care of themselves. There is no other way to look at it.”

“Where did you guys derive the strength from?” I can’t count the number of times we have been asked this. So, I’ll say what I always do, “Who says he left us?”

Dreaming of loved ones who have departed from the world is a sign that your subconscious mind is coming to terms with the death, even if it happens years later. Share this story so that the families of those countless martyrs may find closure, or at least know that they are not truly alone.

Doctor by profession, writer at heart! My thoughts evolve constantly and I welcome the change they bring.