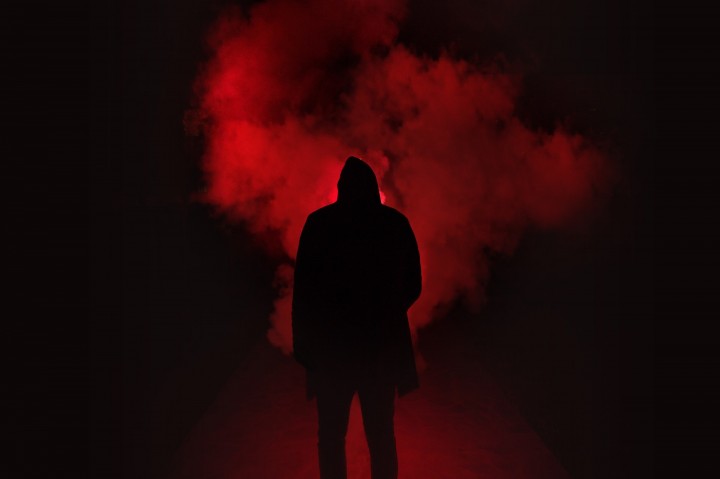 I know this is a little weird, and different and spooky. But it's true. Do you believe in demons? Monsters? Devils? I do. I have felt it. I think it's inside me, and I know what to do about it but that wasn't the case. Lets start the story with the beginning.

I was born 28 years ago in a village in a high class family. Even though we lived in a village, I had all the privileges. My father is the Sarpanch, he always has been. So, I can say that money never became a factor in my life.

I was very close to my mom as a kid, I used to tell her everything. Once, I was playing with our domestic worker's son, who was a little younger than me. He threw the ball in a nearby pond, I insisted to go and find it but he refused, so I slapped him over and over again and pushed him in the pond. I was a 10 year old kid who didn't know how to react. A fisherman was nearby who saved him.

I told this to my mom who thought that I am blaming myself out of grief. I stopped going out and started spending more time at home watching films. It helped me go deep in my imagination. I have imagined a lot of characters inside me and trust me when I say imagined, I mean it in a physical form.

I had no friends, I was my friend, I used to talk to myself and my mom sensed something strange about me.

So fast forward to 2010. I went to Delhi for my higher studies. I made few friends, used to hangout with them. One thing I realized, that out from home I felt free. I felt myself.

One day, me and my friends were joking around in our room. The joking accelerated to a fight. He said something which triggered me. I took his guitar and started hitting him relentlessly, the guitar broke, strings came out and he fell to the ground. I didn't stop till number of friends isolated me from him.

They took me out of the room. I didn't want to do that, I never had any intentions to hurt anyone. I don't know, something came up and I forgot everything. I'm not exaggerating but I felt possessed. My friends asked me about that and I had no answer.

The one who got beat never talked to me again. In fact, he always tried to look away from me. I gifted him a new guitar to make up for our friendship but it didn't work. He always was hesitant to talk to me, and I saw fear in his eyes. He was terrified. No one wanted to be with me in a room.

Understandingly, because over time I developed sleepwalking.

One night around 2 am I found myself in the nearby park lying. As my eyes opened I saw dogs barking at me. I stood up on my feet and looked at the dog. Suddenly the barking stopped and the dog sat looking at me.

What was it? What was I hiding from the world, what made the dogs stop barking? Was I even hiding something? Or it was right in front of everyone and only I couldn't see.

One day, my neighbor came with my landlord on my door and asked me to leave the house. I didn't know why, what could I have done now? I asked them, they looked at me with disbelief and said that my neighbor's son is seeing someone outside their home looking at him directly from the window multiple times since last few nights.

At this moment, I realized that I have to deal with this demon. I left that house and moved to a very isolated place where no one knew me. I told everything to one of my very close friends. He wanted me to see a psychiatrist which I did, but it made it worse.

As I was in a very isolated place, no one to talk to, I started hearing voices and even when I wanted to talk to someone, those voices took over. I couldn't allow my alter ego to control me but at that time the reality was it did control me. I just desperately wanted to get rid of it.

I would find myself sleeping in the bathroom, walking miles and miles just to realize that I was sleeping just now. Slowly but surely I was losing my mind.

But one day, I took a drug- LSD and for 6 hours I was at peace. In fact I feel that those 6 hours were the best time of my life. It was something special, after a long time I was me and most importantly no one controlled me. I was in charge. It was like the voices I used to hear were asleep.

But when I got out the voices came back, they wanted to take over my body. So I had no choice but to do more drugs and do more drugs. I started being high every day, every time and every moment. Weed became my go to drug.

Finally, I came out of that isolated place and found a new job. I was happy now, there were no voices and I had full sleep. I used to go to office everyday, mind my own buisness and be out on time, take drugs and sleep. That was my routine now. I didn't want anyone to know about me so I didn't talk much to my collogues, they heard me only when required.

Once, I was in an office party in a night club. I hate night clubs but my boss specially insisted me to come. Everyone was drunk, high and dancing so I let lose. They saw me dancing for the first time and I was like an open animal, no one could believe that someone like me had this personality.

The next day everyone's attitude changed towards me, they wanted me to open up more and talk more but I still was insecure. My insecurity became frightening when a girl, who was my team mate  started flirting with me. It was unusual because she wasn't someone who would flirt with anyone, I asked her if anything happened last night because as I remembered I didn't even see her.

She looked at me with disbelief, with a low and insecure voice she said that we made out last night and I even shared a lot of things with her, which I shouldn't have said. She knew my story. Everything about how I hit the boy with guitar, sleep walk, frightened kid, drugs everything. I was shocked. I didn't remember any of that but she understood.

At first she thought I was faking it, but after spending some time with me she believed me. She wanted me to see a psychiatrist and get help. So I did. I went to the psychiatrist, every week.

He asked me all these question; What do you do differently from other people? Would you be friends with yourself? Do you ever get the feeling that the current day has been repeated 100 times?

I answered all the question bravely. He even said that I had nearly destroyed my brain cells with the excessive use of unprescribed drugs. One day he asked; If you commit a crime, are you a bad person or did you commit the crime out of necessity? It kinda triggered me, again I couldn't control myself and went to attack the doctor. But he somehow stopped me.

A lot of words were used to describe me, schizophrenic, bipolar disorder, narcissist, multiple personality disorder. I honestly don't know what I am. One thing that changed while seeing the psychiatrist was that now I could listen to the voices and ignore them.

My doctor advised me to adopt spirituality in my life as it might help. A few months ago, we hit the lockdown and I came to my village after around five years. My mother always kind of knew that something was up with me, that's why she didn't want me to leave a decade ago. However, I didn't want them to know my dark secret.

But, I feel my mom knows it, my dad is busy in his business and I want him to be there. So things started to change a little when I came back. I read a lot of things about Astral Projection and thinking about doctor's advise, I tried. I started meditating, whenever I got time.

At first it was difficult, I couldn't concentrate. Those voices kept murmuring. One month, two months, three months, four months passed by and I kept trying. Then I felt that now, I could feel everything within me. All the demons and monsters which were trapped I could feel them. I was sitting and meditating but was also walking down the stairs, I could see the unborn flowers in the trees.

I felt that I was communicating with spirits (yes spirits). Then all of a sudden my heart started beating fast but I was enjoying every bit of it. It was better than that LSD trip. I could go up and look at the world through a bird's eye, it was that effective.

Today, its been seven months since I started practicing this and I have never felt so powerful before. No drugs can have such power. Those demons still lives inside me but now I know how to control. Now I don't hear voices. Okay, once in a while I do, but now they listen to me. I even talked to the doctor about this who was very happy to hear that.

Now me and my mom sit and talk for hours. I have told her about everything that happened with me. It is a little difficult for her to process all that but she is doing that. I have few people who can look out for me now. Whom I can trust.

Share this brave story because not many of us have the courage to talk about our demons, literally and figuratively.