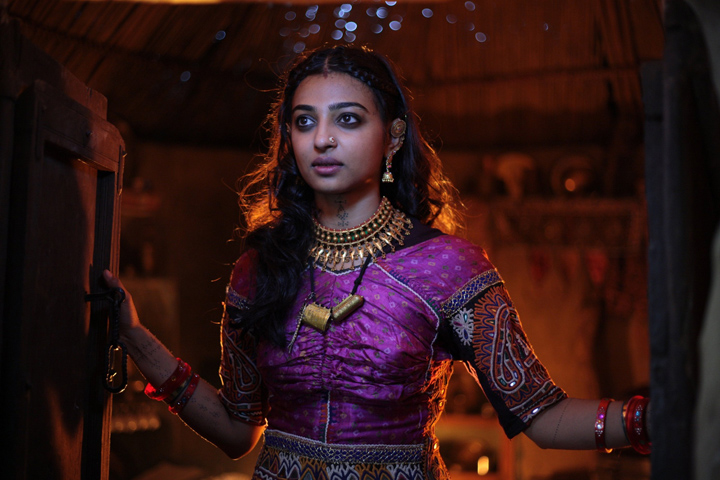 Have you ever stayed up to feel the serene silence of the night? Do you ever feel that you have earned the darkness after working through a long day of sunshine? Have you ever felt your drooping eyelids yearning to sleep and dream? Have you ever thanked God for a peaceful night’s sleep?

If you haven’t done any or all of these, then it is time you started cherishing all these minute details of your life. Maybe you do not even realize that there is a world within this world that is ready to steal all these minor privileges from you. Maybe you can continue to indulge in these trivial luxuries if you are strong enough or careful enough to do so.

Maybe you don’t need to feel threatened about losing these trivial luxuries if you are a man.

You are confused, aren't you? Well – I was too.

Then one fine day I understood what I was doing all this while. People like me fear darkness. We become apprehensive when evening turns into night every single day.

We look at all the glamour and are able to see through all the filth even as we see people bid a higher price for us.

I remember the days when I was a little girl. I always wanted to hug my mother. I wanted her to sleep next to me. I wanted to lie on her arms and put my hands on her tummy. I felt safe that way. I felt like nothing could ever hurt me when she was near me.

But I guess poverty is blind to such nuances. I was sold to a prostitute at the age of 7 by my own drunken dad.

That was the kind of paternal love that I received as a child. Maybe poverty drove him to alcoholism. Maybe he just didn’t love me enough. Maybe I didn’t deserve to be loved. Maybe it was fate.

Whatever it was, it wasn’t a good enough reason to go to bed with different people each night. People whom you know nothing about except the texture of their body.

People who will look at you everywhere except in the eye.

People who are still in a trance even when the darkness fades away. And they will leave you with calloused lips again. I don’t like arms around me now when I go to sleep. I don’t want to hug anyone now. I think all these nuances lost their significance in my life.

All I want to do is to sleep when the sun goes down and rise along with it.

I have them every night. I cheat myself by saying that this is all a dream when he slides his arms around me.

The ‘HE’ changes each night but the dream is still the same.

For a long while, I thought that this was how everyone spent their nights. It was only when I was 10 years old that I saw people living beyond those walls. They lived a different life. I saw children of my age playing in the open. Their only worry was winning a game of seven stones or playing hide and seek with their friends. I also saw them carrying a bag. That is when I asked Kavitha why we didn’t have a bag. Kavitha is 6 years older to me.  I distinctly remember her looking at me with an anonymous expression on her face.

Later on, I learnt that this expression was called ‘pity'. I get a lot of it these days.

From then on, I never liked the darkness because it was biased against us. The moon never symbolized beauty to me after that day. Now it just provided us with a narrow beam of glamour for the night.

It’s been 8 years since that day. In these 8 years, I have seen men of different sizes, ages, colour and needs. I have seen young boys and wondered what made them come here. I have seen men still wearing their wedding rings while reaching out to me.

I would then wonder if they had ever loved their wives.

What kinds of excuses will these men make for their absence when they go home? Will they say they were working? Maybe they will say they had a late night study session with their friends. Or will they be honest? I will never know the answers to all these questions but I have always wondered about such things each time.

I am 18 now and I think so many things all at once these days.  I have so many questions, so many accusations, so many tears and so many prayers in my heart.

I remember this man from a few months ago. He was like any other in the beginning – wanting only to enjoy the trance. But his hands started to shiver as he tried to reach for me. I have seen this happen many times with many men. But what was strange was that he couldn’t get over it.

Rather he started crying and eventually ended up apologizing to me and later on to his wife who was probably still waiting for him to reach home. He kept repeating his apologies. Then suddenly he pulled out his mobile and in a few seconds, he was speaking to his wife over the phone. He apologized for the fight that they had been having. He said that he loved her dearly and would come home immediately. But he didn't mention that he had come here. He hung up, dashed out of the room and turned back to look at me one last time.

He still couldn’t look at my eyes. All he said was, “I am sorry.” And all I could bring myself to say was, “Thank you” because for once I was thankful for the night.

The silence of that night made me wonder though. At least till I indulged in the luxury of giving in to my drooping eyelids. That is when I felt all kinds of emotions all at once.

Well, maybe my friends Susan and Parvathi here did look at me with love but that was a different kind of love - different from the love that I saw in that man’s eye when he was talking to his wife. So now I often wonder whether I’ll ever be loved that way. Whether I’ll ever feel safe again in someone’s arms.

Whether I’ll ever see men look at me in the eye at least – even if it is not with love.

Yes, I know that I may not the best or the most deserving candidate of love. But then again, in life, the most amazing things are given to us not because we deserve them but because we need them.

It’s like how God feeds the birds. After all these years, I now pray to God. Yes, there are those here who don’t revere Him anymore. They just blame Him. And there are those who just go with the flow and accept this as their way of life. There are also those who are tired of praying and hoping and keeping the faith.

But then I have got nothing more to lose, have I? If there is a God and if He does listen then all I want to tell Him is this – I wish I could ask you for dignity, respect and a different past. But the damage has already been done and I don't expect you to mend it.

I simply want you to acknowledge the fact that somewhere within I am still just a woman who wants to grow old with a man. Maybe you think that I ask for too much. But let me remind you that I have lost too much too.

I am Dyna Albert and I am doing my BDS right now. This is a fictional representation of my thoughts and emotions.

So very often we all take our relationships for granted. Maybe only if we get a glimpse of how ugly the world can often be - we learn to appreciate what we have. Do share this story if you too believe that we need to be more sensitive to the emotions of people who are not as fortunate as us. I'm sure Dyna's words will create an impact on all of us.