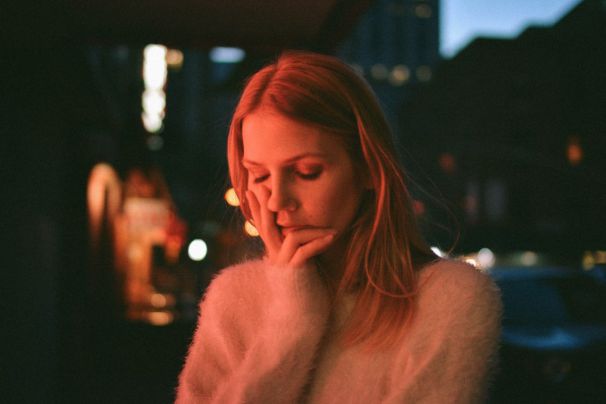 Naina gently manoeuvred her way to the couch at the crowded house party. Her back and feet ached from running around the whole day, helping her friend Paavai organize everything to perfection. Naina let out a sigh of relief as her back relaxed on the couch, with her feet kicked up. Finally, a moment of peace to herself, she thought as a lazy grin formed on her face, and her eyes closed. Her mind began to wander, “Were there enough towels? Should I have used the lavender incense instead of orange blossom? Orange blossom definitely seemed to be..” Naina's phone buzzed, it was Aditya, she smiled to herself. They had met 2 years ago and after a long time, Naina was happy. She closed her eyes again, I'll respond in a minute, she thought to herself as she relaxed further into the couch."Kannama" a soft familiar deep voice beckoned. Every fibre of every nerve in her body awakened.

There was no doubt who this person was, who invited him? How was I unaware that this person was coming here tonight? It had been 8 full years. At this point, Naina realised her eyes were still closed.

Should I pretend to be asleep so he leaves? Naina asked herself. "Kannamma", the voice beckoned again. Naina slowly opened her eyes, tall, and dark, just as she remembered. Light in the eyes sparkled with amusement. Naina couldn't help but smile, it truly seemed as if she was back in college and they met for the first time again."You're glowing, you look gorgeous, how are you?" Before Naina could answer, a loud drawling voice from across the room called out. "Oh my god babe", a slender, beautiful, 20 something appeared from nowhere and clung to the mysterious ex.

She was by far the most attractive person in the room and had the persona to make every man's head turn as soon as she walked in.

Her name was Alessia, as she would find out later on. Naina laughed, "I guess some things really don't change huh?" She chuckled as she caught Paavai's eyes from across the room, who was equally surprised to see the ex and the new girl. Somehow the ex didn't find this too funny and resorted to a familiar, furrowed brow look which made Naina laugh even more. Alessia was starting to get impatient, "hey are we going to get drinks or what?"

He reverted with, “why don't you go to the bar and I'll join you shortly".

Clearly, this wasn't the reaction Alessia was expecting but walked to the bar anyways, in a huff with a few men following her closely. "I think you've outdone yourself this time, she's a real stunner." "She is undoubtedly beautiful, but she pales in comparison to you Kannamma, I'm glad you came today! I was hoping to run into you.” He said. For the first time in years, Naina felt the familiar pit in her stomach beginning to unravel, and ice through her veins. Trying to shake the feeling off, she got off the couch and stood up to face the ex finally. As the blanket dropped off her body, the ex's eyes widened and became cool and distant."How far along are you?" He asked.

"5 months” she said. “I see, congratulations Naina, I had no idea.” said the ex.

Walking away with a stony look, the ex found Alessia who had managed to find an allegiance of fans in the few minutes she was left alone. Paavai who was closely watching from afar at this point came running across the room, "Naina, oh my god I'm so sorry, I had no idea she would be here. Are you okay?" Naina’s eyes trailed after her ex. He looked into Naina's eyes deeply with the coldness and emptiness she was all too familiar with, before leaving with Alessia hand in hand. Nothing had changed. Woman after Woman, night after night.

Naina was so in love with him in the past, she was willing to look past anything. Walking away from the ex was the single best thing she had done 8 years ago.