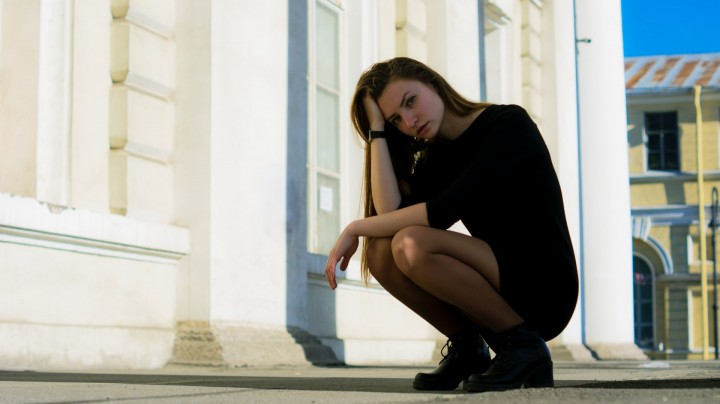 I am a 26 year old doctor. I am a single kid, very studious and obedient since childhood. I studied in an all girls school till my 12th, then went to a medical college. I had my first crush or can call it as one sided love in my 7th std.

He was from a different school, and used to come in same school van as me. I used to just admire him for his intelligence. He was not a good looking guy. In fact he was an average looking, athletic guy. I used to imagine my future with him secretly. Then time passed and he got into IIT and me into MBBS.

We never interacted but used to share smiles. Then in med school I had few crushes here and there but was never in a relationship. Then I joined my internship. Some seniors were after me for a relationship but I never was interested in one. I was still liking my IIT guy. Then I joined work in my home town. Here I met a co doctor.

At first, I didn't like him for his looks and he was not a smart guy either. All the hospital staff used to like me for my work and my looks. Then gradually we both became friends. That was the first time when I spoke to a male so closely. In the beginning he told me that he was single, but used to talk to me about his 'friend' in Manali.

I never bothered to ask if that 'friend' was he or she, as I always assumed it was a he. He used to send me videos and songs and say that his 'friend' shared it for his birthday. I gifted him a shirt for his birthday. That was the first time I was gifting a male colleague  something without my mom's notice. We became even more friendly.

Gradually he told me about his previous relationship and asked if I had one. So I said no as I was never in one. He was also a single kid but from a different state. I had started liking him by then. Then my mom and me planned a foreign tour for 10 days.

The day before I left he started a conversation about marriage and I told him I am very scared of marriage as my parents had an abusive one. Then he told me that he had kept a secret from everyone in the hospital. He said he had an incurable skin disease. He also told me that his Manali 'friend' was a she and she likes him and talks were going on about their marriage. But he is also scared of commitments.

I was shattered but told him that he has to make a right decision and if that girl likes him without minding his skin condition then it is a good thing. So he said he is confused. My whole trip I was thinking about this and was asking him what he decided. He told me he said yes reluctantly and will tell me the story when I return back.

Once I returned he said his parents pressurized him and he felt that he won't get anyone else so said yes. Then I was little sad and cried as I had thought we had a future as we were from the same caste and both were doctors.

But then after a few weeks he suddenly called me and said that he broke up with her as he didn't love her. He also said that the girl thought it was because of me that he had broken up. He was sad for a few days and slowly returned back to normal. Then after few months he said that they are searching for a girl for him.

I don't know from where I gathered the courage and told him that I liked him. He also told me that he likes me and was scared to tell it to me. I told my mom about it. At first she said okay, then later started saying it is far away and she would be alone as I had no dad. So for her sake, I broke up and explained to him.

He understood but I was slowly going into depression. Mom noticed this and said okay for marriage. Both of us were happy now. Then he left for a different state for studies. I was sad for few days as I missed him. The families met and were happy. Engagement and marriage dates were fixed. I was scared within as marriage is my biggest fear. But was happily chatting with him over phone and Whatsapp. He was a smoker, very suspicious guy, bipolar guy but I adjusted.

Then when there were 2 months left for engagement, a new doctor joined my hospital. First, I met him on my birthday. He spoke for a very long time. At first I was annoyed because I am an introvert, but later it was nice speaking to him. He kept asking me for my relationship status. I told him I am single as I didn't want to publicize my status.

Then one fine day I told him I am in a relationship and going to get engaged. By this time he told me that he had fallen in love with me at first sight. He came home. My mom's motherly instincts understood that he likes me and she kept on telling him that I am going to get married. By this time I had started liking him as well. May be long distance was not working for me.

I was guilty but I came to know that my fiancee was an addict and had multiple affairs in the past. Our fights became more and chats were kind of robotic. Then I said this to my family- all the issues I had and we broke up. He begged me to stay but I said no. Partially the reason was because of his skin disease, I may not have been able to satisfy his sexual needs. But I never told him this reason. We had never even kissed each other.

My fiancee, my mom, all thought I broke up for the new guy which was one of the reasons as I didn't want to cheat on my fiancee by liking someone else. So I broke up.

This new guy supported me in my post breakup depression. I started falling head over heels for him which I had never felt in my previous relationship. He always said that he likes me and wanted to be with me. I never confessed my love to him and then this guy went for a holiday.

Our chats became little less and one fine day he came and said that he had entered into a new relationship with someone else recently because of me. He is from a different religion and my mom won't agree for us as she had told me before. I even had my first kiss with him. This was not me. I was changing. I was being rebellious at home with mom. What a teenager undergoes, all those things were happening to me now. My mom is blaming him for everything which is not true.

Then I confronted him and asked what is he doing. He said that he likes me a lot and knows we can't be together, so to  just divert his attention from me he got into a relationship with other girl. I really felt like a timepass girl for him and I told him the same. He said he loves me a lot and doesn't want to ruin my relationship with my mom because of him. I feel I might even run away with him.

I have already fallen for him but never confessed it. I enjoy going out with him. I never even went out with my ex. Now I am badly stuck. Even he says he is badly stuck. I feel so depressed and even get suicidal thoughts. I told him its wrong on his part; him liking me, both of us kissing and touching each other when he is committed. He says yes, but he can't resist it.

That girl lives elsewhere and he says she knows that he likes me. I know if I go further, I and even he might get hurt. Don't know what to do. I really like him. He even planned our future. I used to imagine it, but now I feel devastated. I can share anything with him.

Our bond is very different than what I had with my ex. He always says, God's plan. He was the one who said that I should break up with my ex and come to him, which I did but never told him he was one of the reasons. Whole hospital thinks that we both are in a relationship but our lives are messed up.

What do you do when nothing makes sense? Share this story if you can understand the author's dilemma.