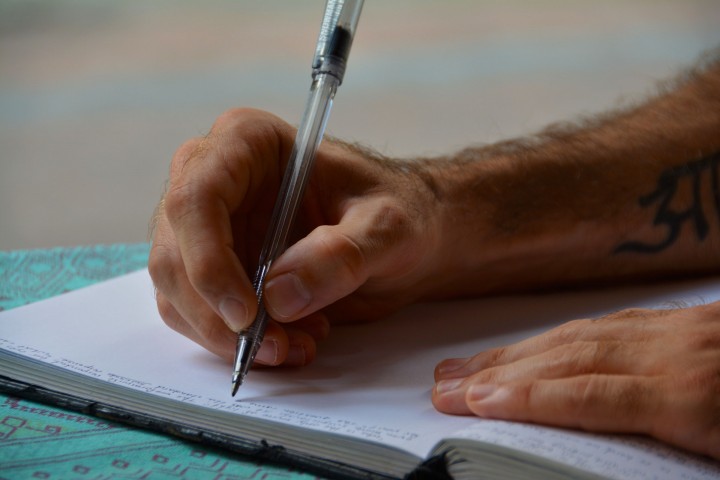 It’s been eight months now that we’ve spoken to each other and, I know you won’t be the one coming forward to have anything started again. And that’s okay.

Today, I am not writing this to you to complaint; who was at fault? I want to talk about your “Dad” whom you misread all these years and, especially on his PROMISE. The Promise you kept it to your heart & soul till today. Now, let me help you to understand what he was going through when he decided to ask you for a PROMISE.

He saw love in your eyes for the guy who was from a different belief and, he didn’t want to school you at that time because he was happy seeing you smiling & recovering but at the same time he was worried for your choice of a man you were falling for; which may have destroyed your whole life.

So, he decided to take the matter in his hands and asked you for a promise which you’re fulfilling till today. He was happy without realising what he has taken from you and, you even couldn’t understand him all his life. Sometimes life doesn’t give you many choices, but it’s our responsibility to understand by putting our life in other’s shoes. How hard the decision will be for him to have a promise taken from his precious daughter?

I can understand him now; after thinking from a father’s point of view, but I wouldn’t have wanted my kids to suffer because of the promise I’ve taken from them. I would have been happier if my kids would've come forward and tried to convince me about what they want from life themselves and not because of a promise I’ve taken from them, to fulfil my dreams. I’ve seen you struggling all your life due to the promise and, I am sure if he would have known the mental agony you were going through due to his pact, then I am sure he would have set you free from this long ago.

Still, if you think, your dad took the promise from you to marry a guy of his choice, then you’re wrong. He just wanted you to come forward and ask you “Dad, I want to marry this guy.” I am sure he would have happily agreed with your choice without thinking twice because he would have seen the radiance on your face and that would have been enough for him to assure his princesses will be happy with a man of her dreams.

Forgive him for his promise. He did what he felt was right at that moment. There is no fault of his and, he was just like any other father. We, who once were inseparable no longer care about the existence of each other. Maybe that's how the time turns around and discloses the disguises behind the innocent faces.

You do cross my mind many times in a day and in dreams, but I discard my thoughts knowingly as my heartbeat will never be able to infiltrate you ever. As I’ve failed to infiltrate in past 12 years. Well, if we ever happen to cross each other's paths then few lines are for you:

Share this story so this heartwarming letter reaches the person it's for. It takes a lot to keep your feelings aside to understand the other side, so let's try and make sure that the writer's message reaches the right person.

There\'s a life beyond miseries; A life where words become your best companion and memories becomes tales to share.