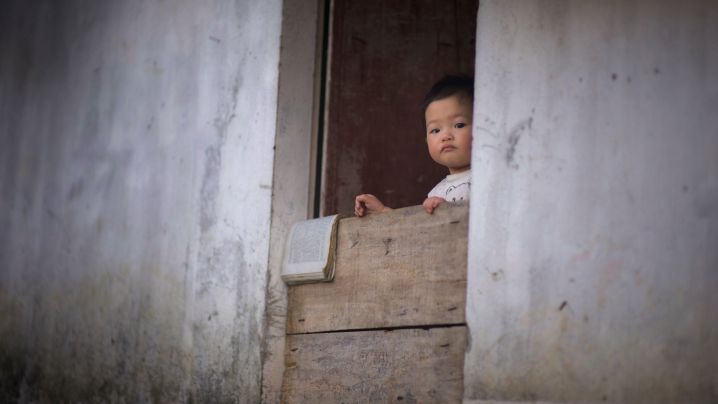 Visitor’s Day: The one day that Meghna despised the most. They were always on a Sunday and she just absolutely detested the day. She knew that she was definitely the only person in her entire school to hate Sundays.

On Sundays, kids could wake up late. There was no jogging or exercise on those mornings. The only thing that Meghna missed on Sunday was the milk that they gave them after their morning jogs.

Everyone was excited for Sundays, the girls would be given a hair wash by the ‘ayahmas’ and most of them already knew what they were going to be wearing the night before. All their accessories like their hair-bands, watches, bracelets and clips were carefully taken out of their trunks. Some of them would exchange and borrow from their classmates, to ensure that their accessories would perfectly match their dresses.

Meghna wasn’t excited about any of this because she had a bob cut and as far as dresses were concerned, she was a complete tomboy and many of her friends would often insist that she wore frocks or kurtas so that she could prove that she was a girl.

What Meghna hated the most, was that one Sunday of the month, parents could come and visit their kids.

And on those days the children, who knew their parents were coming, would get ready and eagerly await them in the lobby, playgrounds, dormitories or even in the corridors.

As the whole school had this meeting, students would congregate and would talk, as they waited. Parents would meet other parents and bonds would grow.

Meghna was never one to attend these, because she would never tell her grandparents or her Uncles about this day. She loved watching people through the windows and would watch them with awe and envy. She often asked herself aloud, “Why don’t I have this?”, “What did I do wrong?” or even, “Is it my fate or theirs?” But who has the answer to Meghna’s questions? She knew that the maker of her destiny would never speak. Especially when he the one was the reason for her state.

Sometimes, her friend’s parents would send snacks and gifts for Meghna too. She hated that sympathy… she was often this symbol, especially amongst women. She wouldn’t have minded if they had sent her things to their daughter’s friend, but they would often send these things along with a “poor Meghna” or “that orphaned child Meghna”.

Meghna always searched for true warmth and love, but she hardly got it. She felt completely alone, especially on these Visitor Sundays.

There were other children to whose parents couldn’t make it on some Sundays. But she didn’t bother with them because at least they had had their parents in their lives. She would watch how siblings always had a bet as to who spotted their parents first.

The moment they would, Meghna watched as they would run to them, throw themselves in the arms of their parents and be showered with kisses and enveloped in warm hugs. Believe it or not, but this was Megna’s favorite moment too.

Of course, there were some kids who would throw tantrums, from the moment they met their parents. They would demand to see their gifts and would howl if it wasn’t what they had previously demanded. Meghna felt bad for them. She wanted to tell these children that there was something much more important than their bag of gifts, the people who brought them!

Every time someone talks about their parents, it touches Meghna somewhere in her heart. It reminds her of what she doesn’t have. It doesn’t get easier, any Sunday, no matter how much she’s tried.

When she finds someone grumbling or complaining about her parents, Meghna just tells them that it’s nice to have a family, and a happy one. She reminds them to cherish it all before it’s too late.

Share this story, because sometimes we need to lose something to realize that we don't have in our lives.